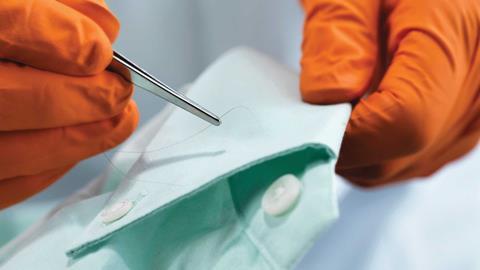 The case H (A Child: Hair Strand Testing) 2017 EWFC 64 concerned care proceedings to determine whether H, an eight-month-old removed at birth and then returned to the mother under supervision, should remain in her mother’s care, given a history of drug abuse and the presentation of a positive drug test result from the mother at the time of H’s birth.

We represented DNA Legal, one of the companies instructed to carry out hair strand testing and provide an expert report for the purposes of the care proceedings. Unusually, because the mother had been involved in previous care proceedings for her older children, there were historical tests available for analysis as against the more recent test results and, indeed, three different hair strand testing companies had been used over the space of about two years.

Early on in proceedings, the results, analysis and reports compiled by the three hair strand testing companies were challenged by trichological and toxicological expert evidence. This challenge led to the court inviting the hair strand testing experts to intervene in the proceedings, to assist the court’s understanding of the reliability of the science and reporting procedures, and to determine what guidelines the court might make for the use of such evidence in future care proceedings.

The issues to be determined included the importance of variations in results, clarification of testing processes, and interpretation and classification of test results. All of the hair strand experts were accredited under ISO/IEC 17025, the highest international accreditation for laboratory testing and accreditation in this field.

It was asserted against the hair strand experts that variations in the test results that each produced evidenced unreliability in the testing for cocaine in hair, and that the results could not be interpreted to demonstrate use as opposed to external contamination. All the companies recognised that the testing for cocaine was more difficult than for other drugs, as there is no one cocaine metabolite that is not also found in the environment.

The case was heard by Sir Peter Jackson sitting in the High Court, and DNA Legal was represented by John Tughan QC of 4 Paper Buildings.

Jackson considered the evidence put forward by the hair strand experts (all toxicologists) and the independently instructed trichological and toxicological experts. He preferred the evidence of the experts representing the hair strand testing companies and reinforced the reliability of such evidence in care proceedings. He recognised the care that the testing companies took to produce an accurate analysis of the data.

He also took the opportunity to make recommendations as to reporting which would help to underpin the importance of the science to care proceedings and which are expected to determine how such evidence is used and presented in care proceedings generally. These recommendations were intended as guidance to both experts on to how to present evidence, and to the end-users within the court process.

It is understood that a number of county court decisions had been delayed pending the clarification and validation on the use and presentation of such evidence provided by the judgment in this case, thereby reinforcing the importance of the judgment in care proceedings and in family proceedings generally.

Among the recommendations made by Jackson were that reports should include:

1. Reference to the measures applied to descriptors such as ‘high/medium/low’.

2. A reminder that the test results should always be considered in conjunction with other evidence of drug use, particularly where the results are in the low range.

3. Explanation of the ‘cut-off’ levels used and the relevance of results that fall below the relevant cut-off level.

4. A clear definition of terms used so as to enable a comparison of reports from multiple sources to be made.

6. An analysis of factors to be considered where there is reason to believe that environmental contamination may be an issue, in order to help the court make an assessment between the possibilities of use and contamination.

7. An ‘essential information’ sheet to accompany the report where it is considered necessary to provide additional information relevant to the particular report to make it easier to assimilate.

8. An explanation that, when it is known that testing has been carried out by more than one organisation, the findings may vary as between different experts due to normal testing variables.

The case is an important one in the development of the use of hair strand testing in care proceedings.  It reinforced the reliability of such evidence and set down guidelines to assist experts in providing reports in the most effective manner for the courts to determine issues surrounding alleged drug abuse in such proceedings. The role played by the interveners was integral to this outcome and the judgment is expected to provide the basis for use of such evidence in all future care proceedings where suspected drug use is an issue.