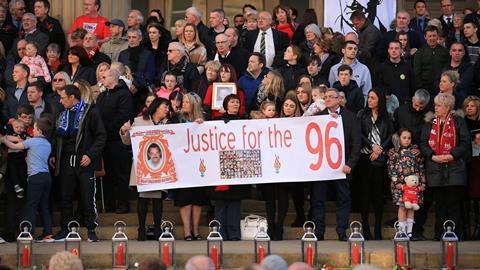 Hillsborough: the key lessons for our justice system

What can lawyers learn from the tortuous 27-year struggle for justice?

At the end of April, the longest inquests in British legal history concluded with the jury finding that 96 Liverpool fans had been unlawfully killed on 15 April 1989.

The jury also concluded that fans had played no part in contributing to the disaster and that the failures of South Yorkshire Police (SYP), Sheffield Wednesday, the architects Eastwood and Partners and the South Yorkshire Metropolitan Ambulance Service (SYMAS) had all cost lives.

The conclusions entirely vindicated the campaign by the families over 27 years. Despite repeated setbacks, smear campaigns and failures by the legal system, they persisted until they finally achieved justice.

The hearing lasted more than two years. The challenges for lawyers in this case were considerable and there are lessons that can be learned by lawyers and also by all those in the legal system.

The first crucial hurdle for our team was gaining the trust of the families who had been repeatedly let down by the system in their search for justice. Counsel and solicitors from Birnberg Peirce sat down with each family to hear them tell their stories for the first time, and to discuss what they wanted from the inquests and how we could achieve it.

The sheer size of the task was itself an enormous challenge. We split the 24-strong barrister team into seven teams of three-to-four barristers representing around 10 families. In order to handle a million pages of documents disclosed over a two-year period, each team also took on a particular area of the evidence from stadium safety to different aspects of policing through to the emergency responses. We also worked closely with teams representing the other families to ensure that we were pursuing our common objectives in ways that complemented each other.

We successfully proposed that, after the coroner’s opening, the jury should hear a pen portrait for each of the deceased read by a member of their family. The coroner accepted our submission that this would put the families at the heart of the inquests and demonstrate the difference between these inquests and the original inquests. This procedure should be extended to other inquests where the court often hears little or nothing about the personality of the deceased.

The pathology reports from 1989 were prepared in a hurry and of limited value. When the original inquests were quashed, the Administrative Court accepted that the 3.15pm cut-off time for evidence in those inquests was seriously flawed since it was based on the erroneous assumption that all the deceased were dead or dying by that time. As a consequence, the individual circumstances of each death had never been explored.

As the tragedy happened at an FA Cup semi-final, we had access to film footage and spent many hours watching AV footage with our families and the police to try to fill in gaps and identify new witnesses. In many cases this was successful and, as a result, we were able to obtain vital new information to present at the inquest. The opportunity for families to find out for the first time how their loved ones died was hugely important to them.

This evidence was also critical to the jury being able to conclude that the failures of SYP and the SYMAS in responding to the emergency probably caused or contributed to the loss of lives.

There are three important lessons to be drawn from the conclusions:

1) The need for publicly financed representation of families at inquests to ensure equality of arms. The families have emphasised that one of the main differences between the original and the recent inquests is that they were properly represented. Regrettably, it is still the case that families are unrepresented in many inquests where the state should be held to account;

2) The inquests demonstrate why we need to keep the European Convention on Human Rights and the Human Rights Act. These inquests would not have been effective without them. They demonstrated the ability of an Article 2 Middleton inquest to investigate the actions of a number of institutions bringing answers to families who had fought almost three decades to get to this point; and

3) They proved that the capacity of juries to try long and complex cases should never be underestimated. The nine men and women who listened to 267 days of evidence have been rightly praised, but we should also recognise the rigour they displayed in analysing a mass of complex information and reaching clear and cogent conclusions.

In addition, the wider implications of the inquests have become clearer over the last few weeks with breaking stories almost every day. The home secretary recently told the Police Federation that Hillsborough should be the ‘touchstone’ for everything that the police do. This is a welcome acknowledgement that the police cannot simply treat the jury’s conclusions as the righting of a historic wrong.

The investigations by Operation Resolve and the Independent Police Complaints Commission (IPCC) into potential criminal offences arising from the disaster and its aftermath are ongoing. Both are expected to report back before the end of the year with decisions on any charges expected three to six months after that.

In quashing the original inquests the lord chief justice rightly paid tribute to the families’ determined search for the truth. The onus now rests on all those involved in the legal system to review the events of the last 27 years and to take action to ensure that the prospect of a similar injustice is minimised.

Patrick Roche is a Garden Court Chambers barrister and was one of 17 barristers from Garden Court instructed by Marcia Willis Stewart of Birnberg Peirce & Partners to represent more than 70 families at the Hillsborough inquests. Garden Court North Chambers represented an additional 22 families.