Iniquity and the cloak of privilege

The Employment Appeal Tribunal (EAT) has ruled that an email sent by a lawyer to a client that contained legal advice on the dismissal of an employee was not legally privileged. 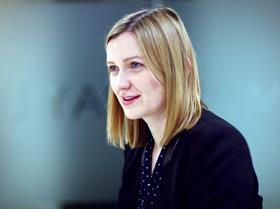 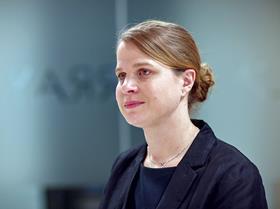 Lady Justice Slade said the email in question advised the client how to discriminate against an employee and ‘surmounted the high bar of iniquity’.

On first read, the judgment might seem surprising. Lawyers are often quick to assert privilege and although there have been some recent cases that have narrowed the scope of legal advice privilege (LAP), they have often dealt with circumstances where the lawyer is simply acting as a fact-finder and is alleged not to have given advice at all.

This judgment reminds us that LAP is rooted in public policy and seeks to enable clients to be open with their legal advisers, to enable realistic advice to be sought and received, based on their full and frank disclosures.

It has long been clear that advice sought for the purpose of effecting iniquity will not be covered by LAP. However, this is a high bar. Iniquity has previously been held to include advice on how to implement fraud, dishonesty and criminal conduct. This judgment extends that scope to include, in some circumstances, advising on how to effect a discriminatory act.

The facts of the case are unusual. The claimant (X) suffers from type 2 diabetes and obstructive sleep apnoea. He was dismissed in January 2017, ostensibly by reason of redundancy as part of a broader restructuring by Y Ltd. X had previously brought a claim in the Employment Tribunal for disability discrimination. In this claim, X claimed disability discrimination and victimisation.

Some months before his dismissal, X overheard a conversation in a pub, which involved two women discussing an employee at Y Ltd who had made a complaint about disability discrimination. One allegedly said that there was a good opportunity to manage X out by way of redundancy.

In another strange turn of events, X was later anonymously sent by post a printout of an email. The email was marked ‘legally privileged and confidential’ and contained advice to a lawyer in the respondent’s in-house team.

The full content of the email has not been published (to do so could prejudice the outcome of the ongoing proceedings). However, although X is not named, the email focuses on ‘the individual’ and contains advice on how to handle his dismissal by reason of redundancy. While it highlights the risk of legal action, it also states that the redundancy exercise is the client’s ‘best opportunity’ to apply a process to a group including X. Importantly, the email does not contain any general advice on selection for redundancy.

The EAT considered whether this email was legal advice on the risk of a claim or advice on how the respondent could use redundancy to cloak an unfair and discriminatory dismissal. Lady Justice Slade stated that discrimination is such a serious matter that, in some cases, it may constitute iniquity, meaning that advice on how to commit it would not be protected by LAP. She decided that the email crossed the threshold, was not privileged and would be disclosable in substantive proceedings.

This case has, understandably, been of huge interest to lawyers, particularly those practising in employment. Counsel for the respondent said that the type of advice given in the email was the kind of legal advice given day in, day out. Many lawyers may now be wondering if their advice, assumed to be privileged, may one day be part of a disclosure bundle.

Without knowing the email’s exact content, it is hard to know if it is the type of advice we all give ‘day in, day out’. The judgment is clear that if the email had gone no further than ‘you may select the claimant, an employee with a disability, for redundancy, but you run the risk of a claim by him’, it would not have crossed the line.

The judge talks of the email attempting to deceive X and ‘if persisted in… an employment tribunal’. The email does not appear to advise the respondent on how to carry out a fair selection process but rather is completely focused on the opportunity for the respondent to dismiss X, who was a thorn in its side.

This judgment will leave many with a question as to what meets the threshold of iniquity. Lawyers should ensure they carefully review all advice, written and verbal, particularly when they might be advising a client to take a step that could be construed as discriminatory or in breach of whistleblowing legislation.

Limits of the ruling

But how far does this go? Would advising an employer how to unfairly dismiss an employee in the absence of any discrimination amount to iniquity and lose the cloak of LAP?

Probably not – unfair dismissal is a civil wrong, but it would be hard to say it equates to a serious tort like discrimination. But as things stand, we cannot be sure.

Lawyers should bear in mind that had the offending email included advice on how to conduct a fair redundancy process, the outcome may have been different. Advising a client that a course of action might result in a claim is unlikely to amount to iniquity, provided advice on how to deal with the matter lawfully is given.

And what of the conversation in the pub, focused on by so many commentators? Well, it is a good example of why lawyers need to take confidentiality obligations seriously and be cautious before discussing matters in a public place. The increase in remote working and the expectation of 24/7 availability presents particular challenges here.

As to whether privilege can attach to that discussion, the judgment is clear on that point: ‘It cannot.’