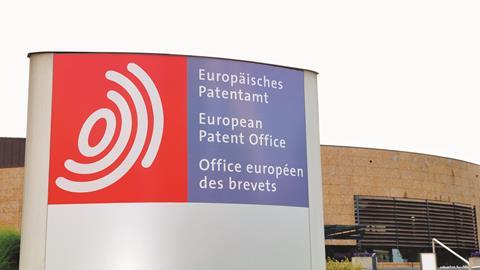 The US Federal Circuit (FC) decision in Visual Memory LLC v NVIDIA Corp continues to accentuate the need for technical advantages in patent specifications to avoid eligibility issues in the US. If US patent prosecutors take note of what the US courts are saying then this could have a positive impact for US patentees from a European prosecution perspective, but, interestingly, down the line it could also be good news for patent litigators in the UK.

It is becoming a rare occurrence to see the FC reverse a patent-eligibility holding by a District Court, but in Visual Memory the FC did just that. Where the FC diverged from the District Court was in its application of the Enfish LLC v Microsoft Corp and Thales Visionix Inc v United States ‘guideposts’ on eligibility. In particular, the FC noted that the specification lays down technical benefits related to the claimed system. And it was these related benefits that were important in the judges’ final conclusion that the subject matter was patent-eligible. In this regard, the Visual Memory decision does not break new ground, but instead logically applies Enfish and Thales. 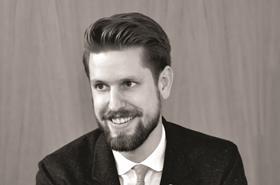 Where Visual Memory differs from Enfish and Thales is that the judges did not reach a unanimous decision in this regard. Interestingly, it was in fact the author of the Enfish decision, Judge Hughes, who took a different view to the other judges.

Hughes disagreed with his fellow judges in that he believed there was no description of how an aspect of the claim could be implemented. Furthermore, Hughes indicated that in his view everything else in the claim only described generic computer components. For him, the lack of a description of certain components of the claim was critical to the first step of the test set out in Alice Corp v CLS Bank International in determining whether the invention relates to an abstract idea. Hughes suggests that the lack of a proper technical description renders the invention not just insufficient, as you might expect, but abstract in nature.

Most judges concluded that the patent eligibility issue should not focus on the feature that Hughes took issue with because this feature was not pertinent to the consideration required under step one of the Alice test. According to the majority, step one of Alice is concerned with the innovation envisioned by the inventors and whether that innovation, as reflected in the claims and specification, is patent eligible or an abstract idea. As the feature that Hughes picked up on was not seen to be the ‘innovation’ to which the claims were directed, the other judges felt that his point was not relevant. Most judges in this case therefore placed far more emphasis on what the inventors identified the invention as relating to, while Hughes was more focused on the quality of the overall technical disclosure.

Interestingly, since this decision was handed down there has been talk of US practitioners taking note of some of the reasoning from Hughes. With the continued uncertainty over Alice, and in particular the twists and turns of direction in terms of how it is applied, US patent practitioners are always trying to second guess what might come next. There is now talk among US patent prosecutors of including more technical detail when drafting patent specifications just in case Hughes’ lone voice later becomes the voice of the majority.

From a European perspective, this development can only be positive. For European patent prosecutors, many of the uphill struggles at the European Patent Office (EPO) in terms of patent eligibility come from having to attempt to explain that the features of a claimed invention have a technical effect, when the description provides little explanation of the invention or its advantages. The decision of the majority in Visual Memory to follow Enfish and Thales by looking for technical advantages in the description can only help those same inventions before the EPO. However, importantly, the dissenting voice, while it may add to the confusion in the US, can only help in Europe because it may result in more US-drafted patent specifications including more technical detail of how the invention works.

If US-originating patent specifications have more technical advantages and more detailed descriptions of how the inventions work then this should help European patent prosecutors get those patents granted at the EPO. In addition, this may reduce the cost of prosecuting software patents before the EPO because endless exchanges with the EPO trying to show a technical effect will be avoided. Downstream, this could result in a larger quantity of US-originating software patents being granted by the EPO with commercially valuable scope. With more commercially valuable patents in the hands of the litigious Americans this could be music to the ears of patent litigators throughout Europe. The potential for the UPC coming in and making Europe a more favourable stomping ground for litigious software companies could accentuate this potential for future litigation yet further.

It often takes time before legal decisions directly impact the way practitioners work, particularly in patent prosecution where practitioners often have set styles. It will then take even longer for those patent applications to find their way into Europe and the resultant patents into UK courts. However, we see this slow shift in US practice post-Alice with a generally warm glow because it should help to mitigate some of the fundamental problems European patent prosecutors face relating to patent eligibility before the EPO. For UK patent litigators, it will be a long game in terms of seeing any impact, but one that could be well worth keeping an eye on.

Nick Shipp is a partner at Kilburn & Strode