Is the law finally catching up with crypto?

On 11 January master of the rolls Sir Geoffrey Vos stated, in connection with the launch of the Law Society’s second edition of Blockchain: legal and regulatory guidance, that ‘every lawyer will require familiarity with the blockchain, smart legal contracts and cryptoassets’. This is patently true. The past two years have seen substantial development in crypto, with significant technological developments and, importantly, the scale of adoption, pushing crypto into the mainstream. It is not so surprising, then, that the law and regulators have taken time to work out how to deal with this fast-developing market. Will 2022 be the year that they finally catch up? 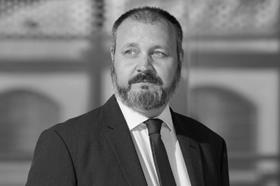 (a) Cryptoassets are property. Recent court decisions have demonstrated the readiness of English courts to recognise cryptoassets as property as a matter of common law. In AA v Persons Unknown [2019] EWHC 3556 (Comm) the judge recognised the difficulty in categorising cryptoassets as property, either as a chose in action or a chose in possession, but relying to some extent on Lord Wilberforce’s definition of property in National Provincial Bank v Ainsworth [1965] AC 1175 decided that cryptoassets are ‘definable, identifiable by third parties, capable in their nature of assumption by third parties and having some degree of permanence’. More recently, decisions in Ion Science Ltd & Ors v Persons Unknown & Ors (Unreported) and Fetch.AI Ltd & Ors v Persons Unknown & Ors [2021] EWHC 2254 (Comm) have similarly found that cryptoassets are to be treated as property as a matter of common law, although the precise basis on which this is so remains open to debate.

(b) Jurisdiction. An important aspect of cryptoasset claims is whether English courts have jurisdiction. Establishing jurisdiction requires: (i) a serious issue to be tried on the merits; (ii) a good arguable case under CPR PD 6B; and (iii) England to be the appropriate forum for the trial of the dispute. Under the third limb, in Ion Science and Fetch.AI, the respective judges concluded that the domicile of the claimant, the location of the funds, the language of the key documents and the location of the witnesses were all key issues that went towards establishing England as the appropriate forum.

(c) Held on Trust. In Zi Wang v Darby [2021] EWHC 3054 (Comm) the judge held that at least as a matter of legal principle, cryptoassets could be held on trust (although in this case the court decided, as a matter of fact, no trust had been created).

(a) Regulation for AML purposes. Since 10 January 2020, the Financial Conduct Authority has had oversight of cryptoasset exchange providers and custodian wallet providers carrying on business in the UK under the Money Laundering, Terrorist Financing and Transfer of Funds (Information on the Payer) Regulations 2017. They are subject to the requirements to, among other things: (i) register with and obtain FCA approval before commencing business; (ii) undertake risk assessments to identify the risks of money laundering to which its business is subject; (iii) establish and maintain policies, controls and procedures to mitigate and manage the money laundering risks; and (iv) carry out and record customer due diligence and enhanced due diligence (where appropriate) at the start of a business relationship and thereafter undertake ongoing monitoring of customer relationships.

(b) Advertising. The Advertising Standards Authority has taken action in cases concerning breaches of UK marketing rules (UK Code of Non-broadcast Advertising and Direct & Promotional Marketing) by companies involved in the promotion of cryptoassets. There have been two common themes arising in these cases:

These have in all but one case related to adverts for trading platforms.

(a) Regulation of financial promotions. This year will see the implementation of plans to regulate the marketing of cryptoasset promotions. In January, HM Treasury announced plans to bring the marketing of financial promotions of cryptoassets within the scope of the Financial Services and Markets Act 2000 (Financial Promotion) Order 2005 (FPO) by extending the definition of ‘controlled investments’ under the FPO. The FCA also stated that cryptoassets would fall within a new category of Restricted Mass Market Investments and bring restrictions on the manner in which qualifying cryptoassets can be marketed to qualifying retail investors. The new rules are expected to come into force this summer.

(b) The Metaverse. This is a digital world where you can buy real estate, conduct business and live a social life. Living a real life in a digital space can be expected to bring with it all the legal issues living life in the real world will bring. As this landscape forms, issues such as intellectual property rights, data protection and privacy, and licensing issues are likely to be at the forefront for regulators.

The law and regulation of cryptoassets are catching up with the rapid developments we have seen in this space over the past 18-24 months. There is a tension between enabling a new financial sector to grow and ensuring appropriate protections for investors. Fraud and mis-selling are already concerns in this market but in large part this is not due to the nature of cryptoassets, rather a product of their emergence as a widely adopted asset class. Encouraging the good actors and driving out the bad actors must be the aim of developments in the law and regulation of cryptoassets. The legal market will be central to these developments, which brings us back to the statement made by Sir Geoffrey: lawyers ignore cryptoassts at their peril.