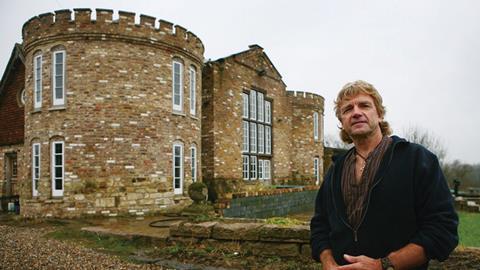 The Robert Fidler case is still rumbling like a potentially active volcano.

However, for Robert Fidler (pictured), who had built a house at Salfords in Surrey but concealed its construction behind straw bales to hide it from the council until the expiry of a four-year planning enforcement period, things have been taking considerably longer. Sir Thayne Forbes in the Administrative Court on 3 February 2010 had dismissed Fidler’s appeal against a planning inspector’s decision upholding enforcement notices issued by Reigate and Banstead Borough Council – requiring (among other things) demolition of the house and reinstatement of the land. But the matter is still rumbling like a potentially active volcano.

On 1 September 2011, the Court of Appeal dismissed Fidler’s appeal. As Sullivan LJ indicated, in the light of ‘deliberate deception’ this had ‘no prospect whatsoever of succeeding’. Longmore LJ added that a ‘deliberate deception by conduct can be just as serious as deliberate deception by a written misrepresentation’. The deception in question was ‘building the house clandestinely behind a shield of bales and covered by tarpaulin, with the purpose of concealing the construction until the four-year limitation period’ for taking action under the enforcement notices had elapsed.

More recently, on 9 November 2015 Dove J in the High Court in Reigate and Banstead DC v Fidler [2015] EWHC 3863 declined to lift or vary an injunction made by consent on 13 June 2014, requiring the defendant to comply with the terms of the relevant enforcement notices. The order had, however, been suspended by consent, pending the outcome of an appeal against refusal of the relevant planning consent. The secretary of state nevertheless concluded on 26 March 2015 that no very special circumstances existed to justify the harm to the green belt, and any other harm caused by the dwelling which would justify a grant of planning permission on a permanent basis. In the circumstances (and after the expiry of the period for compliance with the enforcement notices), the council decided to take action against Fidler, including issuing the instant contempt proceedings.

Fidler (the defendant) raised three issues in the committal proceedings, all of which were rejected by Dove J. The first, as the court noted, was that ‘were he to comply with the order, that would expose him to criminal liability’, since ‘he would be interfering or harming a protected species and that would be met with prosecution’.

However, the court found that contention misconceived. For criminal liability can occur only in relation to unlicensed harm or interference. In the court’s view it is Fidler’s ‘responsibility to comply with the order and to take all such steps as are necessary in law to ensure that the order’s requirements are satisfied’. In the circumstances, Dove J found ‘no substance at all’ in this ground.

The second basis on which the defendant sought to vary the order and resist committal was that he no longer owned the land in question. He contended that the land was subsequently sold to a third party in a document witnessed by a solicitor. This was in the light of a somewhat bizarre purported instrument of transfer as follows: ‘i Claim i am a man: “Robert Arthur Fidler” and that i purchased a “Property”: “HONEYCROCK FARM” at Axes Lane SALFORDS SURREY [RH1 5QL], for a history for “Love and Devotion” i wish and grant You: a woman: “Linda Fidler”, and a man: “Bali Mann” to act as OWNER and henceforth from this date Notice to have Possession of a Property: “HONEYCROCK FARM” at Axes Lane SALFORDS, as stated on the attached EXHIBIT A as outlined in Red Hatched Area, while i agree to sell above stated Property it is Your responsibility to inform any interested parties of the change.’

However, the witnessing solicitor (among other things) said she had explicitly stated that the document was not a legally binding transfer of property and usual conveyancing procedures would be necessary to achieve a lawful transfer. In addition, it had been made clear that the solicitor, having witnessed the signatures, added nothing to the document, which was not thereby given any legal standing. In the circumstances, Dove J concluded that he was ‘entirely satisfied that the purported sale… is not a transfer or transaction of any substantive legal effect and would not, even if it were possible for such to amount to a reason for not complying with the order, amount to such a reason’.

Fidler’s third submission alleged deception and dishonourable behaviour by the council in dealing with his applications and appeals in the past and in the committal proceedings. Having considered each of the allegations, Dove J was ‘unpersuaded that there is any conduct by [the council] which justifies [Mr Fidler] not complying with the order’.

Having dismissed Fidler’s submissions, the court then turned to whether the order in question had been breached. On this, Dove J said that ‘on the facts I am entirely sure that each of the allegations in relation to breach has been made out and that therefore… I am sure that the defendant is in breach of the court order and that the question of sanction for that breach now arises’.

But although Dove J was satisfied that Fidler was ‘an intelligent and determined man’, nevertheless he feared that ‘that intelligence and determination has… led to an intentional and misconceived effort at contrived attempts and devices to avoid the order and its implications’. In the circumstances,  such ‘intentional defiance richly merits the marking of his contempt with a prison sentence’. So, ‘bearing in mind the need to impose a penalty when orders by courts such as this are disregarded and not complied with’, Dove J was satisfied that ‘the appropriate sanction in this case is a prison sentence of three months’.

Nevertheless, with ‘some hesitation’ the judge ‘formed the view that it is possible in this case to suspend the operation of that prison sentence for a time that enables the order to be complied with’. The court therefore proposed to suspend the three-month prison sentence on condition that by 6 June 2016 the enforcement notices have all been complied with. This would provide ‘more than adequate opportunity for all necessary advice to be obtained and for the works to be carried out’. The judge would list the matter before him on that date to ensure that that order has been complied with.

However, he made it clear that if the order has not then been complied with, not only will the suspended sentence be likely to be operated, but Fidler will be in further contempt of court. For Dove J would ‘not take kindly to giving him this opportunity and then finding that contrived or lame excuses have been found for non-compliance with the order’.

Given the history of this matter, it remains to be seen whether 6 June 2016 will really see the end of this long planning enforcement road. However, in concluding his judgment, Dove J did give some words of encouragement to planning authorities generally: ‘It is time now for the breaches of planning control to be remedied, and that is what will happen, otherwise there will be serious consequences.’