No further appeal on the Forstater judgment

One of the most talked about employment cases in years is the successful appeal in Forstater v CGD Europe & others heard in the Employment Appeal Tribunal (EAT) last month. 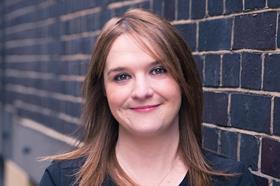 Ms Forstater is a gender critical feminist who was a researcher for the thinktank Center for Global Development Europe (CGDE). In 2018, via Twitter, she amplified her gender critical position in response to the government consultation on the Gender Recognition Act. Following complaints by colleagues in respect of her tweets, her contract was not renewed.

Ms Forstater issued Employment Tribunal claims against the CGDE and its US-based affiliate, CGD, for claims including direct discrimination and harassment because of her philosophical belief. A preliminary hearing was held to consider whether her gender critical belief could amount to a philosophical belief in accordance with the Equality Act 2010. The original tribunal held it did not on the basis that:

Further, for a belief to qualify as a protected belief it is required to satisfy a five-point test known as the Grainger criteria. Ms Forstater passed the first four but failed on the fifth which requires a belief to be ‘worthy of respect in a democratic society’.

The loss was a serious one for Ms Forstater and those who share her views. It meant that people holding such beliefs relating to gender had no legal protection irrespective of context. So anyone engaging, however politely, in the ‘transgender debate’ (I adopt the term used by the EAT) with a belief based on biological sex as opposed to gender identify, would not be entitled to legal recourse if they lost their job because of it.

Ms Forstater appealed and the EAT overturned the tribunal’s decision. In respect of her belief being described as absolutist, the EAT appeared to find this nonsensical, stating the ‘firmness with which one clings to a view (even one that others might consider offensive or irrational) is not a reason to deny that person the protection… If that were not so, then the more fervently held the belief, the less likely it is to qualify for protection’.

The EAT found that the tribunal’s finding that she would misgender people to be factually incorrect and referred to her witness statement in which Ms Forstater had said she ‘would of course respect anyone’s self-definition of their gender identity in any social and professional context’; and had ‘no desire or intention to be rude to people’.

The EAT also held that Ms Forstater’s views were worthy of respect in a democratic society as they are not akin to Nazism or totalitarianism (that is to say, espousing violence and hatred in the gravest manner) that would warrant the application of the label of being unworthy of respect.

On 28 June the CGDE and CGD announced that they will not be appealing the EAT judgment on philosophical belief to the Court of Appeal. This means that gender critical beliefs’ status as a protected philosophical belief is binding on the lower courts and unlikely to be changed unless parliament legislates to the contrary.

To date, the tribunal and EAT hearings have only been concerned with the preliminary issue of protected belief. The actual reasons for Ms Forstater’s contract not being renewed have yet to be determined and CGDE and CGD have stated that they intend to fight her claim in the tribunal where a full merits hearing will be heard.

While Ms Forstater’s success on this preliminary point means that legal protections are afforded to her and those who share her views, the EAT stressed that this does not come at cost to or the removal of legal rights and protections from those who hold opposing gender identify beliefs.  They remain equally protected.

While the judgment was undoubtedly upsetting to many who feel strongly averse to Ms Forstater’s views, unusually the judgment bookends itself by stressing what it is not, no doubt to attempt to alleviate any potential distress. It essentially says the judgment is not a permission for those who hold gender critical beliefs to misgender with impunity and nor is it a removal of existing transgender rights. Whether or not conduct in a given situation does amount to harassment or discrimination within the meaning of the Equality Act will be for a tribunal to determine and will always be fact sensitive.

This is an important takeaway. The EAT judgment means that differing beliefs are protected but it should be borne in mind that, whatever the viewpoint, it should be respectfully communicated as that is what will be tested in a tribunal.

Tess Barrett is a solicitor at didlaw