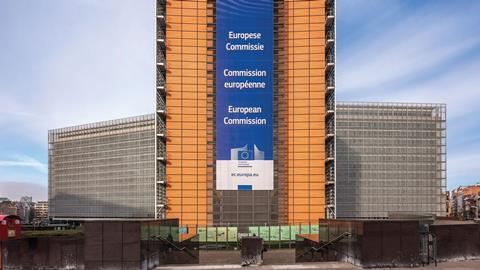 The General Court’s Lundbeck pay-for-delay judgments are on their way to the EU Court of Justice. Generics UK appealed its 8 September General Court judgment on 18 November, hard on the heels of Ranbaxy’s appeal on 17 November. These appeals against the court’s judgments upholding the European Commission’s ‘by object’ assessment in Lundbeck have potentially significant ramifications for the upcoming Competition Appeal Tribunal hearings in the GSK paroxetine appeal.

In the judgments under appeal, the court upheld the commission’s finding that Lundbeck had concluded agreements concerning its anti-depressant citalopram with a number of generic producers that restricted competition ‘by object’ in violation of article 101 of the Treaty on the Functioning of the European Union (TFEU). Pursuant to the agreements in issue, each generic manufacturer had received substantial payments from Lundbeck. At the time when the agreements were concluded, the compound patent for citalopram had expired, but certain process patents remained in force.

The Notice of Appeal regarding GSK’s appeal of the Competition and Markets Authority (CMA) paroxetine decision makes it clear that that appeal squarely raises the questions whether the agreements in that case had the object (or effect) of restricting competition.

In its judgments, the court considered whether the commission had erred in its assessment that payments to generic companies meant that the agreements pursuant to which the payments were made had an anticompetitive object. The court found that ‘the very existence of reverse payments and the disproportionate nature of those payments were relevant factors in establishing whether the agreements at issue constituted restrictions of competition “by object” for the purpose of article 101 TFEU in that, by those payments, the originator undertaking provided an incentive to the generic undertakings not to continue their independent efforts to enter the market’.

However, it went on to stress that reverse payments in a patent settlement are not inherently problematic, if they meet the following conditions. First, a payment should be linked to the strength of the patent (as perceived by the parties): ‘Where a reverse payment is combined with an exclusion of competitors from the market or a limitation of the incentives to seek market entry, the

commission rightly took the view that it was possible to consider that such a limitation did not arise exclusively from the parties’ assessments of the strength of the patents but rather was obtained by means of that payment’. Second, a payment must be necessary for the parties to find an ‘acceptable and legitimate solution’ to their dispute. Third, it should not be conditioned by restrictions intended to delay market entry by generics.

The court emphasised that the reverse payments in this case were particularly problematic because they replaced the uncertainty as to whether generic companies would enter the market (without risk of being enjoined or found to be infringing, or having to show invalidity of the patents) with the certainty that they would not, at least while the agreements were on foot.

The court concluded that the commission’s ‘by object’ reasoning was consistent with the European Court of Justice’s reasoning in Cartes Bancaires (Case C-67/13 P Cartes Bancaires v EC [2014]). It found that the agreements were comparable to market exclusion agreements (that is, serious restrictions of competition, given that excluding competitors from a market is the most extreme form of market sharing). In Cartes Bancaires, the European Court of Justice found that the ‘by object’ concept should only be applied to agreements which, in their economic and legal context, reveal sufficient harm to competition that it is unnecessary to examine their effects. It went on to find that certain forms of coordination are, by their very nature, injurious to the proper functioning of normal competition.

Having found that Lundbeck’s agreements amounted to a form of market sharing, the General Court found that the commission was not required to consider the ‘effects’ of the agreements.

The paroxetine decision is set down for hearing on 27 February 2017. While the Servier judgment is expected before then and may provide the General Court with the opportunity to elaborate further on aspect of its reasoning in the Lundbeck judgments, the appeal of the Lundbeck judgments leaves a degree of uncertainty as to the scope of ‘by object’ infringements under article 101 TFEU.

There are, of course, also UK-specific elements of the paroxetine case, including questions concerning the applicability of the Vertical Agreements Exclusion Order.

But it currently appears that the Competition Appeals Tribunal will be considering the ‘by object’ elements of the appeal without a definitive position from the European courts.