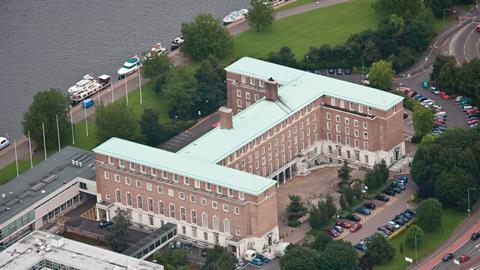 Non-delegable duty of care for local authorities in foster care – a tale of two judgments.

In December the High Court gave judgment in NA v Nottinghamshire County Council [2014] EWHC 4005 (QB). The claimant (who was born in 1977) said that while in her mother’s care she had suffered physical and emotional abuse, and that the defendant local authority had failed in their common law duty of care by failing either to remove her or protect her from the abuse.

She also claimed that she had suffered physical and sexual abuse in two separate foster placements, for which the defendant was held responsible.

The first issue for the judge, Mr Justice Males, was that of limitation, which he applied in the claimant’s favour. While she was many years past the material events that formed the basis of her claim, her solicitors had put together enough evidence to persuade the judge that a fair trial was still possible.

The next issue was that of negligence, in other words whether the defendant local authority should have acted differently to protect the claimant from abuse. Here the claimant ran into difficulties. The court decided at the conclusion of the social care evidence that these negligence allegations could not succeed. This left the claims that the defendant local authority was either vicariously liable for the abuse that the claimant had sustained in foster care, or that it was under a non-delegable duty of care.

The court rejected the defendant’s submission that breach of that non-delegable duty would not encompass the foster parents’ abuse of the claimant. Consequently their deliberate acts would trigger a breach of the non-delegable duty of care. As a starting point, Justice Males found the claimant to be a credible and truthful witness and he accepted her account of what had happened to her.

In this case, the important statutes were the Children and Young Persons Act 1969 and the Child Care Act 1980, which applied before the Children Act 1989 came into force in October 1991. It was clear that local authorities had a broad discretion as to the accommodation to be provided for a child in care, although the exercise of that discretion was subject to the general duty to give consideration first to the need to safeguard and promote the welfare of the child. The relevant regulations for foster care were the Boarding-Out of Children Regulations 1955 which prescribed the circumstances in which children might be boarded out and the supervisory duties of the local authority.

Males J said that the fundamental purpose of boarding-out was to give a child something regarded by society as precious, namely the experience of family life. The regulations did not give the local authority or its visiting social workers day-to-day control over the way in which the foster parents provided care for the child. That was a matter for the foster parents, consistent with the objective of giving the child a normal experience of family life.

He adopted the reasoning of the Supreme Court of Canada in KLB v British Columbia [2003] 2 SCR 403 where the court held, by a majority, that the government was not vicariously liable for acts of physical abuse committed by foster parents.

That left the claim based on non-delegable duty of care. Males J referred to a similar case decided earlier that year in Nottingham County Court, JB and BB v Leicestershire County Council, 6 June 2014, unreported. His Honour Judge Godsmark dismissed the claim based on vicarious liability, before deciding that there was a non-delegable duty of care in these circumstances. Sadly for those claimants, the case was dismissed on limitation grounds.

Males J referred to the landmark UK Supreme Court decision in Woodland v Essex County Council [2013] UKSC 66, [2014] AC 537. There were five conditions for the imposition of a non-delegable duty of care.

a)     The claimant was a child, patient or vulnerable person dependent on the protection of the defendant against risk of injury.

b)     There was an antecedent relationship between the claimant and the defendant independent of the negligent act or omission in itself.

c)     The claimant had no control on how the defendant chose to perform those obligations.

While all five conditions were made out in this case, the court still had to consider whether it would be fair, just and reasonable for a non-delegable duty to be imposed on the defendant and here Males J disagreed with Godsmark J.

First, it would impose an unreasonable financial burden on local authorities providing a critical public service. Second, there was a real danger that the imposition of a non-delegable duty would promote, consciously or sub-consciously, ‘risk-averse foster parenting’.

Finally, the majority of the Supreme Court of Canada in KLB v British Columbia (2003) 2 SCR 403 concluded that the applicable Canadian legislation provided no basis for imposing a non-delegable duty to ensure that no harm came to children through the abuse or negligence of foster parents. Accordingly, there would be judgment for the defendant.

Both NA and JB are useful for what they say about breach of duty and limitation. However, it is understood that NA is going to the Court of Appeal. There was of course great interest among child abuse compensation lawyers following the judgment in Woodland and in JB.

Allegations of negligence against local authorities in foster care cases can be very difficult to prove, and a non-delegable duty would do for foster care cases what Lister v Hesley Hall Ltd [2001] UKHL 22 did for cases involving children’s homes. Interestingly, the judges and NA and JB rejected the defendant’s submission that deliberate abuse by a foster parent could not be a breach of duty. Consequently, the imposition of a non-delegable duty of care would solve many of the limitation problems that typically afflict these difficult cases.