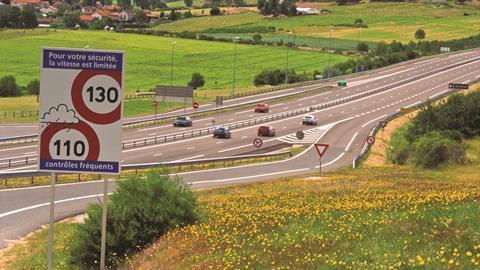 In Howe v Motor Insurers’ Bureau [2017] EWCA obligation 932, Mr Howe was driving a lorry in France on 30 March 2007 when a wheel detached from a lorry in front of him. The resulting accident left him paraplegic. Neither the other vehicle nor its driver was ever traced. He submitted a claim to the Motor Insurers’ Bureau and its French equivalent, but after a time he was told by the French  that his claim was out of time. Consequently, he issued proceedings against the British MIB directly, seeking to enforce his rights under regulation 13 of the Motor Vehicles (Compulsory Insurance) (Information Centre and Compensation Body) Regulations 2003 (the regulations). That claim was struck out because it was out of time. The MIB now sought to recover its costs of defending the proceedings. 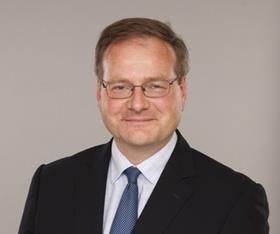 Howe’s legal representatives answered the MIB’s claim for costs by saying that the proceedings against them came within CPR Part 44.13. This was a claim for damages for personal injury and, consequently, it was eligible for the protection given by qualified one-way costs shifting (QOCS). The MIB’s costs order could not be enforced against him.

At first instance, Stewart J disagreed. He decided that Howe was pursuing a statutory right, not a claim in tort at common law. However, he gave Howe’s legal representatives permission to appeal his decision.

In the Court of Appeal, Lord Justice Lewison, with whom McFarlane LJ and Munby LJ agreed, examined the origins of the QOCS rule. It had been recognised by Lord Justice Jackson, who first formulated the new costs rules, that once after-the-event insurance premiums ceased to be recoverable, it was necessary to protect claimants from the risk of adverse costs orders obtained by insured or self-insured parties with deep pockets. Jackson’s LJ’s proposal was that all claimants in personal injury cases should be given a broadly similar degree of protection against adverse costs orders to that enjoyed by legally aided claimants. The result was QOCS.

Lewison LJ then looked at regulation 13. This was enacted in order to give effect to the UK’s obligations under the Fourth Motor Insurance Directive (Directive 2000/26/EC). In Evans v Secretary of State for the Environment, Transport and the Regions [2005] All ER (EC) 763, the European Court of Justice had said that the intention of the European Community’s legislature was to entitle victims of damage or injury caused by unidentified or insufficiently insured vehicles to protection equivalent to, and as effective as, that available to persons injured by identified and insured vehicles. One of the specific questions that was put to the ECJ was whether Mr Evans ought to have been entitled to recover from the MIB the costs of pursuing his untraced driver’s claim. The court’s answer was that the second directive contained no provision concerning reimbursement of costs. It was for the domestic legal system of each member state to lay down the detailed procedural rules governing actions for safeguarding rights which individuals derived from community law. In doing so, those legal systems should conform with the principles of ‘equivalence and effectiveness’.

The obligation on the English courts to construe domestic legislation consistently with community law obligations was both broad and far-reaching. Coming back to the directive, what it required was the ability to claim ‘compensation’ from the compensation body. Article 1.1 of the fourth directive described it as ‘compensation in respect of any loss or injury resulting from accidents’. Article 1.4 of the second directive described it as ‘compensation… for … personal injuries’. In view of the requirement in regulation 13 that the MIB must compensate the injured party ‘in accordance with article 1 of the second motor insurance directive’, Lewison LJ did not consider that there was any difficulty in characterising Howe’s claim as a claim for compensation ‘for personal injuries’.

The rationale underlying QOCS was a domestic version of the principle of effectiveness. Those who had valid claims for damages for personal injury should not be deterred from pursuing them by the risk of having to pay the defendant’s costs, except in the circumstances laid down by section II to part 44 of the CPR. If Howe’s claim under regulation 13 was covered by QOCS he would be in an equivalent position to an injured person who sued an insured driver. Accordingly, the appeal would be allowed and the QOCS regime would apply.

If the Court of Appeal had decided against Howe, it would have meant that anyone who challenged the MIB in relation to their rights under the untraced drivers scheme would find themselves having to run the risk of bankruptcy, unless they could find insurance, the cost of which would have to be paid out of their damages.

The countdown has now begun on Brexit and the government has announced its intention to transfer all European law on to the statute books. That is, until they get around to removing the protections afforded by the regulations that applied in Howe’s case. This will be a very slow car crash in which we are all potentially victims.