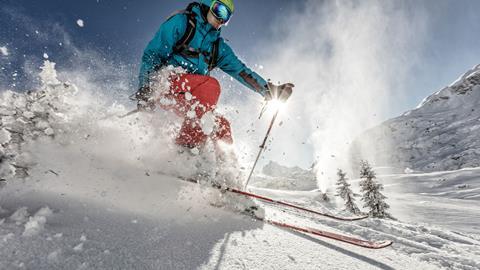 Post-Brexit on the pistes: winter sports and EU law

Accident victims may struggle to get recompense if access to joined-up European laws is lost when the UK leaves the EU.

You’d think a ski break in Europe would be a great opportunity to forget the uncertainties and arguments around Brexit. But skiing has its dangers, and British skiers on the European slopes face a riskier and more uncertain legal landscape post-Brexit. This could have life-changing consequences for many.

Victims of serious injury from accidents on the slopes are currently protected in a number of different ways by the UK’s membership of the EU. Ski collisions are routinely described as ‘road traffic accidents on the piste’, with victims of serious accidents often benefitting hugely from early rehabilitation and other high-quality medical interventions; the loss of these protections is therefore no small thing.

One of the most beneficial provisions for accident victims who want to bring a claim when they return home is contained in the Brussels Recast Regulation (Council Regulation (EC) No 1215/2012). If a UK resident is injured by someone who is resident in another EU country and that individual has insurance, then they can currently bring a claim directly against the liability insurer, relying on Article 11.1(b) of the Recast Regulation.

Since the CJEU decision in FBTO v Odenbreit (albeit in the context of a RTA and interpreting the provisions of Brussels I) it has been widely recognised that as long as the law applicable to the claim recognises a direct right of action against the liability insurer, an injured claimant can use the Recast Regulation to bring that type of claim in their home courts. While English law may not recognise a direct right of action following sporting accidents, many of the civil law systems in Europe do, including in France, the Netherlands and Belgium.

This is a massive benefit to the most seriously injured claimants who may have great physical and psychological difficulties travelling to the courts of another EU country to pursue a claim for the compensation needed to meet their lifelong care, accommodation and medical treatment needs. A further advantage of litigating at home is that the UK courts are typically much more willing than other European jurisdictions to allow a wide range of expert reports to prove those life-long losses.

Post-Brexit, and following the UK government’s proposed Great Repeal Act, the Brussels Recast Regulation would cease to have direct effect and claimants will therefore lose the additional jurisdiction conferred by Article 11 to sue an insurer directly in the UK courts. In the absence of any other legislation being introduced, the Brussels Convention of 1968 on jurisdiction and enforcement of judgments will provide the fall-back position when Brexit finally takes place.

It is given force of law in England and Wales by section 2 of the Civil Jurisdiction and Judgments Act 1982 and sets out various options for suing an individual or their insurer, but crucially for those most seriously injured does not contain the provision permitting a direct right of action against the insurer in the claimant’s home courts.

So, unless our government can be persuaded to pass new legislation, this will mean UK-based claimants navigating their way through a foreign legal system, of which there is enormous divergence throughout the EU. This will limit access to the early interim funding which so often plays a vital role in maximising the rehabilitation of individuals who have suffered life-changing injuries; victims may find this change means they miss the narrow window of opportunity to get treatment that could significantly improve long-term outcomes. It will also leave UK taxpayers bearing the cost of caring for those with seriously disabling injuries.

Given that the Recast Regulation also deals with recognition and enforcement of judgments throughout the EU, it follows that Brexit will have an impact on the enforcement of judgments from the UK courts in other EU countries. For claimants who are already pursuing their claims against EU-domiciled defendants, or who find a route to establishing jurisdiction in the UK courts against such defendants post-Brexit, enforcement of a successful judgment could delay and at worst potentially defeat a seriously injured claimant receiving the damages they urgently need to meet their needs.

There will no longer be automatic recognition and enforcement as provided for at Articles 36 onwards of the Recast Regulation. Claimants seeking to enforce a judgment will need to look to the Brussels Convention of 1968 which allows recognition of a judgment to be challenged on various grounds, one of which is public policy. This is a particular concern in countries such as Italy where strong principles of public policy may be invoked to challenge the recognition and enforcement of an order for damages and costs from a UK court because the level of award is significantly higher than would be allowed by the foreign court, notably where Part 36 consequences apply.

Under the Recast Regulation an interested party can apply to challenge the recognition of a judgment if it is 'manifestly' contrary to public policy in the member state where enforcement is requested; the wording at Article 27 of the Brussels Convention of 1968 does not require the affront to public policy to be 'manifest'. It is all too easy to imagine that the post-Brexit attitude of some European judges may make this type of public policy decision more common. This could leave a claimant seeking to enforce an English judgment for indemnity costs and enhanced damages after beating a Part 36 offer in a particularly unsatisfactory position.

The Brussels Convention also requires a declaration of enforceability; no such declaration is needed under Article 39 of the Recast Regulation.

In the longer term, as with many other specialist areas of law post-Brexit, much will depend on what replaces the current jurisdictional regime. An agreement for the UK to accede to the Lugano Convention of 2007, which largely mirrors the Brussels I Regulation (and to which Denmark, Iceland, Switzerland and Norway are signatories) provides an obvious compromise, particularly as the Lugano Convention was previously in force in the UK until 1 January 2010 pursuant to section 3A of the 1982 act.

However, it is clear that changes to the rules on jurisdiction, applicable law and enforcement post-Brexit will create considerable additional complexity. Those litigating serious personal injury cases after we’ve left the EU are going to need to be well-qualified in navigating multi-jurisdictional legal complexities and international treaties if they’re to secure the best outcomes for their clients.