JT was born in 1963. She was the victim of repeated sexual assaults by her stepfather between the ages of 5 and 17 and made an application to the Criminal Injuries Compensation Authority following his conviction in 2012. 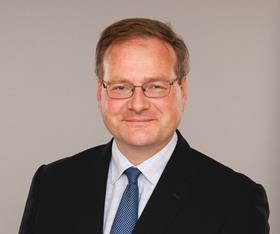 However, her application was refused under paragraph 19 of the 2012 CICA Scheme, which stated that no compensation would be paid in relation to any crime of violence that occurred before 1 October 1979 ‘if, at the time of the incident giving rise to that injury, the applicant and the assailant were living together as members of the same family’. The unfairness of this ‘same-roof’ rule was demonstrated by the fact that a relative of JT who was also abused by the stepfather received compensation, because she had not been living in the same household at the time.

JT contended that paragraph 19 was incompatible with Article 14 of the European Convention for the Protection of Human Rights and Fundamental Freedoms as incorporated into UK law by the Human Rights Act 1998 and that it was therefore unlawful. Article 14 required convention rights to be secured ‘without discrimination’.

Lord Justice Leggatt in the Court of Appeal examined the history of the CICA Scheme. When it had first been set up in 1964, the intention behind the ‘same-roof’ rule was to prevent the assailant from benefiting from an award. However, when the scheme was reviewed in 1979, the decision was taken to change the rules prospectively rather than retrospectively. This was, according to an equality impact assessment attached to a later consultation paper in 2012, a ‘legitimate choice’ and was in line with the general approach that changes should be made going forward, rather than in respect of historic claims.

Leggatt LJ said that there were three questions to be answered. The first was whether the difference in treatment of which JT complained concerned the enjoyment of a right set forth in the convention – the test for this purpose being whether the facts of the case fell ‘within the ambit’ of a convention right. The answer to this question was in the affirmative, following the case of Stec and Others v United Kingdom [2005] 41 EHRR SE18.

The second question was whether the difference in treatment was on the ground of a ‘status’ which fell within Article 14. JT was a victim of a violent crime and she was living together as a member of the same family as her assailant. This was undoubtedly a personal status of a kind which fell within Article 14, since it was central to the development of her personality and it was not a matter which she could be expected to change.

The third question was whether the difference in treatment amounted to the kind of discrimination prohibited by Article 14. In the case of a person such as JT who was a minor at the relevant time, hers was a status which she had no power to change. It was not through any choice of hers that she was living as a member of the same family as her stepfather when he sexually assaulted her. To treat a situation not of her making and which she could not alter as a ground for preventing her from receiving compensation was, on its face, unreasonable.

Leggatt LJ also said that when the ‘same-roof’ rule was examined in the government’s 2012 consultation, there was no consideration of whether retaining the rule was compatible with Article 14 of the European Convention, nor of whether it was consistent with basic fairness to discriminate between victims of violent crimes according to whether or not they were living as a member of the same family as their assailant.

Moreover, no consideration had been given to whether retaining the rule was consistent with the principles intended to underpin the scheme and with its main purpose.

The idea behind the ‘safe roof’ rule was to prevent an assailant from benefiting from an award, which was a legitimate aim. However, it would be hard to suggest that a rule that prevented an applicant who had nothing whatsoever to do with their assailant now, could be rationally connected to that aim.

The other reason given for adopting the rule in 1964 was concern that it would be difficult to ascertain the facts of offences which were committed against a member of the offender’s family, who was living with him at the time of the offence. Plainly, that had not prevented JT’s relative from obtaining compensation, even though her experiences occurred at the same time as JT’s.

Leggatt LJ could not accept that a policy of prospective change was capable of justifying a decision to perpetuate existing discrimination. There was also the aim of saving costs. Put in terms of proportionality, saving a potentially significant and uncertain cost was undoubtedly a legitimate aim. However, there were other ways of saving money, which did not involve excluding a group of applicants from the scheme on an arbitrary and irrational basis.

Consequently, the difference in treatment of which JT complained violated Article 14 of the convention. Leggatt LJ (with whom the remainder of the Court of Appeal agreed) would make a declaration that JT was not prevented by paragraph 19 of the CICA Scheme from being paid an award of compensation. This is a long-awaited judgment on a rule that has been the subject of other attempts to persuade the judiciary to strike it down. It opens the way for others like JT to make applications to the CICA, where they have suffered abuse under the ‘same roof’ prior to 1 October 1979.