On 12 August 2021, the UK Competition and Markets Authority (CMA) issued its provisional findings in its in-depth investigation of Facebook, Inc.’s acquisition of GIPHY, Inc. The CMA has provisionally found that the deal raises competition concerns, resulting in a substantial lessening of competition in social media and display advertising, harming social media users and businesses in the UK; and that Facebook should be required to sell GIPHY, in its entirety, to a suitable buyer. 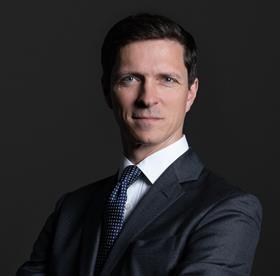 Facebook did not notify the deal voluntarily to the CMA and had completed it on 15 May 2020, before the CMA began its investigation. By the time the CMA began to review the deal, GIPHY had already been effectively integrated into Facebook.

GIPHY provides a significant online database and search engine, allowing users to search and share GIFs or GIF stickers (digital files displaying short, looping, soundless videos or animated images). Facebook is the largest provider of social media and messaging services in the UK (and elsewhere). Popular features of social media and messaging platforms are GIFs and GIF stickers, of the type provided by GIPHY.

The CMA identified two main concerns.  First, a horizontal concern in relation to the supply of display advertising in the UK, where the CMA identified Facebook as a major player with a share of circa 50% of total supply. The CMA felt that, although GIPHY is not a direct competitor of Facebook in this market in the UK (or indeed elsewhere), it had started to roll out a novel form of paid advertising, where big brands could promote themselves through the use of GIFs. If the merger had not gone ahead, the CMA felt that GIPHY would likely have become more of a direct competitor, potentially also in the UK.

Second, the CMA identified a vertical concern: whereas currently GIPHY’s products are available to all social media and messaging platforms, post-merger Facebook may have no incentive to allow its competitors to continue to use GIPHY.  Given GIPHY’s position on the market for searchable GIF libraries (60-70% of searches globally, with only one significant competitor), the CMA is worried that Facebook’s rivals will have few other good choices and so may not be able to compete effectively with Facebook in the future.

The CMA considers that the only way to deal with these concerns is to require Facebook to sell the whole of GIPHY to an independent third party. The CMA would want to be satisfied that this sale does not raise any competition concerns itself.

These only represent the provisional findings of the CMA, not its final decision. However, it would be unusual for the CMA to completely change its views between these two phases of the process.

Why is this of interest?

This CMA’s review is interesting for a number of reasons, both in terms of its assessment of this specific transaction; and also what that tells us about the CMA’s changing approach to scrutiny of mergers – in particular digital mergers – in the UK more broadly.

One early point of note was the noise around the CMA’s imposition of an initial enforcement order (IEO). The CMA employs IEOs when investigating deals which have completed. They are the inevitable consequence of the voluntary filing regime in the UK. Given there is no prohibition on completing a deal before CMA review, the purpose of the IEO is to freeze any integration efforts and require the parties to hold the target separate from the acquirer. If the CMA then concludes that there is a competition concern and a divestiture of all or some of the target’s business is necessary, the IEO ensures that as far as possible the target is being operated independently of the acquirer and the value of its business is maintained. Therefore, the ability to implement any divestiture is not compromised and the target can return to being an independent competitive force. Parties in breach of an IEO can be and are fined; and the level of those fines is rising.

The CMA uses a standard IEO text, from which parties must chisel out derogations, which must be fully reasoned and supported by evidence. It is not at all unusual, therefore, given Facebook had completed this deal, that the CMA imposed an IEO within a month of the deal being announced. What is more unusual is the fact that Facebook challenged the CMA’s refusal to grant derogations, calling the decision unjustified and disproportionate. Many parties to transactions who have been subject to a CMA IEO may empathise with the spirit of such an appeal. But, arguably unsurprisingly, the Competition Appeal Tribunal and then the Court of Appeal dismissed the challenge without much hesitation, confirming the CMA’s wide discretion in relation to granting derogations from the ‘hold separate’ requirement.

In terms of the substantive assessment, the provisional findings underline the growing importance of dynamic competition in the CMA’s thinking and analysis, particularly in the digital space. The CMA’s horizontal concern is based not only on a more traditional theory of harm that future competition may be lost because the target is a potential competitor which can no longer enter the market; but also, on a theory of dynamic competition which says that, even if the potential entrant might never have successfully entered the market, their continued presence can effectively constrain the behaviour of competitors and act as a spur to continued and greater competition and innovation. This constraint – and its loss as a result of a merger – is particularly important where the acquirer is strong, because it is already subject to weaker competition. The importance that the CMA places on dynamic competition was highlighted in its recently revised Merger Assessment Guidelines.

As is increasingly the case, the review of internal documents formed an important part of the CMA’s assessment and evidence base, including its concern that GIPHY will likely become a more important competitor in the market for display advertising (although the CMA notes that there was no evidence from Facebook’s internal documents that it perceived GIPHY as a potential competitive threat in this area). The CMA reviewed 280,000 internal documents from the parties.

The only remedy that the CMA currently considers appropriate is the divestiture of GIPHY in its entirety to a third party. In addition to pushing back on the substantive theories of harm, the parties will also fight hard to convince the CMA that a narrower remedy would be acceptable to address remaining concerns. A particular challenge in relation to this transaction, if the CMA continues to insist on some form of divestiture, is that before the IEO was imposed GIPHY’s business had already largely been integrated into Facebook.  Before GIPHY (or any part of it) could be sold to a third party, that integration will need to be reversed.

The CMA’s review and provisional findings in this case are also further evidence of a more interventionist and aggressive approach in enforcing UK merger control.

The CMA has been testing the boundaries of the jurisdictional thresholds, in particular the share of supply test, which requires that both parties are active in supply of the same category of goods and services; and together represent more than 25% of the total supply of that category. In a number of recent decisions, the CMA has found the share of supply test to be met in deals where the parties’ activities are not intuitively in the same category. Even in the Facebook/GIPHY provisional findings, there is much justification on why the parties’ services fall within the same category. This certainly reflects the complex nature of the digital products and services involved. But, it is also because these activities might not instinctively be seen as horizontal – and therefore directly competing – in nature.

The substance of these provisional findings reflects a wider trend of the CMA being more sceptical in its scrutiny of deals and of the arguments being put forward by the parties as to why there is no concern. The CMA is identifying more deals which it alleges raise serious substantive concerns which require remedies or even a prohibition decision. And other deals, although not making it to a decision, have been abandoned by the parties in the face of CMA’s mounting opposition.

This change of attitude by the CMA stems from a growing feeling that enforcement in digital deals has been too weak, with credible competition concerns dismissed because they were too uncertain. This view is supported by a number of reports, including the Furman report (February 2019) which still represents the principal advisory report in the UK on competition law issues in digital markets. It makes a number of recommendations for bringing the UK competition law and merger control rules into the digital age. The report lies at the heart of the government’s July 2021 proposals for a new competition enforcement regime for digital markets.

Until any new legislation is introduced, it is clear the CMA will make full use of its existing powers to ensure that competition law enforcement remains effective, including in the digital space. The CMA’s efforts to stretch the application of the merger control rules to their outer bounds are an example of this. Other competition authorities around the world are looking at ways to regulate so-called ‘killer acquisitions’, where a company buys a smaller rival – or even a company that is not yet a rival – to avoid the possibility of future competition. Given the size of such targets, these deals are often not reviewed in advance by competition authorities. Arguably, the UK system is showing itself to be sufficiently flexible to catch and deal with these types of transaction.

Inevitably, where a competition authority (or any other regulator) starts to push against the boundaries of existing law, that becomes an area that is ripe for challenge. As such, we should expect to see the number of appeals on points of CMA procedure and substance continuing to increase.