The cost of failing to calculate a rent review

The Court of Appeal judgment in Trillium (Prime) Property GP Limited v Elmfield Road Limited [HC] 2018 335 considers a lease in which two market trends coincided – reversionary leases and indexed rent reviews. Both are simple concepts. The case demonstrates how deceptive ‘simplicity’ can be. 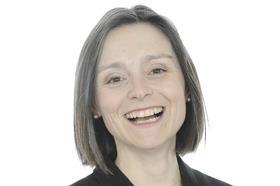 Rent reviews are an established concept in English commercial leases. Typically, the rent is reviewed every five years up (but not down) to the open market level. Sometimes the rent follows an index rather than the market. In leases, the index tends to be the retail prices index or the consumer price index (which is the government’s official measure of inflation). For some landlords and some tenants, indexed rents are vastly preferable. Pension fund landlords paying annuities to pensioners need a source of income which follows inflation; tenants whose business income is determined by inflation welcome the opportunity to peg their costs to the same measure.

The term of a reversionary lease starts after the date the lease is concluded. Reversionary leases are very useful if tenants want to stay in occupation after their current lease ends. They can be negotiated in advance so that there is no risk of an office move or an empty building at short notice. As an existing contractual relationship is being continued, the reversionary lease tends to be on the same terms as the existing lease, apart from specific negotiated amendments. Clients have often told me that this is very easy to document.

In this case, one of the negotiated amendments was a change from open market rent reviews to a rent review tied to inflation. The lease provided that ‘the annual rent for a review period is to be determined at the relevant review date by multiplying the initial rent by the index for the month preceding the relevant review date and dividing the result by the base figure’. The index was the RPI and the base figure was the index figure for September 2005 when the reversionary deal was done. Aficionados of RPI rent review clauses will notice the similarity this bears to widely available commercial precedents such as those from the Practical Law Company.

At this point, it is worth noting that precedent clauses do not refer to the index in the month of the rent review itself. This is not a mistake: it is because the Office for National Statistics needs time to calculate the index.

(a) the rent reserved by the lease which had just expired at the end of its term;

In the market conditions of 2010, the rent turned out to be £1.2m. If rent charged under a lease is more than the market rent, the premises are said to be ‘over-rented’. In an open market rent review process, the risk of over-rented premises can sometimes be enough to depress the rent that a tenant would offer. The argument is not a strong one, but can be of some solace to a tenant. By contrast, an indexed rent review clause does not allow for arguments of that nature.  Indeed, the lack of argument tends to be cited as a point in favour of indexed reviews.

The dispute which found its way to the Court of Appeal was triggered by the 2015 rent review. The tenant argued that the rent review wording was ambiguous and therefore a literal approach to construction of the clause was incorrect.

The commercial gist of the tenant’s argument was that the rent review mechanism provided for the rent to be uplifted from 2005. Surely, the tenant said, the figure to be uplifted should be the 2005 figure? Taking the 2010 result over-compensated the landlord for changes in the value of money. Changes in the RPI (the value of money) between 2005 and 2010 were already reflected in the 2010 rent. There is commercial logic in this argument. When dealing with an index-linked review clause, one would normally make sure that the base index figure always relates to the base rent. These are typically calculated at the same time. However, in this case there was a five-year gap.

Where the language of a contract is unambiguous, the court must apply it. An exception was set out in Chartbrook Ltd v Persimmon Homes Ltd [2009] UKHL 38. The court can consider clear drafting and still correct the drafting in circumstances where, first, it is clear that something has gone wrong with the language, and second, it is clear what a reasonable person would have understood the parties to have meant.

The Elmfield Road case did not pass those two tests. There was more than one way of resolving the ambiguity which the tenant claimed. For example, the base figure in the rent review could have been altered to match the index figure at the start of the lease. Furthermore, in the commercial context of the negotiations, the tenant might have negotiated the discount it received in 2005 as an inducement to extend the term by taking the reversionary lease. Finally, it was abundantly clear that the parties entered into the reversionary lease knowing the rent would be at least £1.2m. The court categorised the issue as not one of contractual ambiguity but a failure to think through the consequences of what the parties had agreed.

Solicitors are often accused of identifying theoretical problems that will never exist. Evidently that wasn’t an issue here. This case demonstrates the importance of applying clear thought even to instructions which are, on the face of it, straightforward. Courts will not rescue well-advised parties from a bad bargain.