The relevance of pre-contract information

In PBS Energo v Bester Generacion [2020] EWHC 223 (TCC), the Technology and Construction Court concluded that asbestos contamination, encountered on a biomass energy plant construction project, had been foreseeable in light of the pre-contract information provided to the subcontractor. The effect of this was that the subcontractor had not been entitled to an extension of time. 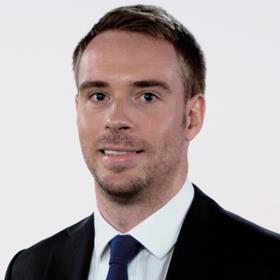 This issue arose in the context of a wider dispute between the parties concerning termination, but this article focuses on the elements concerning ground conditions.

‘Ground conditions’ usually refers to the geology, hydrology, soil condition and any contamination of the ground on a construction project site. Ground conditions may be man-made or naturally occurring, or a combination of the two. Artificial or man-made conditions or obstructions might include antiquities, landfill, asbestos, old sewers or unexploded ordnances.

If adverse ground conditions are discovered during a construction project, the party carrying out the works may have to make changes to its working, the plant or equipment it is using to carry out the works, its programme and possibly the design of the project. For this reason, many construction contracts provide that the party carrying out the works is entitled to a time extension, and possibly compensation for any additional costs or losses incurred, if it encounters adverse ground conditions on the site.

However, a proviso to this is that often such ground conditions must not have been reasonably foreseeable at the time the parties entered into the contract. For example, in PBS Energo, the subcontract required PBS to show that the asbestos was something that it ‘acting with Good Industry Practice could not reasonably foresee’.

At an early stage of the project, a ground investigation report confirmed the presence of quantifiable amounts of asbestos at two locations, along with small quantities of fibre bundle at three other locations. The subcontractor sought an extension of time.

The court had to first consider the subcontractor’s argument that the main contractor had agreed to take on all of the risks associated with ground conditions. The standard FIDIC Silver Book 1999 clauses dealing with such risks had been deleted and substituted with a new, bespoke scheme suggested by the subcontractor.

One bespoke clause, which the court described as poorly drafted, included as an employer risk ‘any error, incorrectness or incompleteness or delay in obtaining all employer’s permits and following employer’s documents’, and stated that such permits and documents ‘shall be considered as full rely on [sic] information for the contractor’. Several documents were then listed.

In the view of the court, this was only intended to except the subcontractor for responsibility for errors in the documents listed. The clause was unnecessarily complicated, and focused too much on a range of documents, to sit happily with the wider meaning contended for by the subcontractor – that is, that the main contractor took on the risk of ground conditions. Further, such an interpretation would have stood in flat contradiction with the site data clause, which had been amended to expressly state that the condition of the site was the sole responsibility of the subcontractor.

Accordingly, the only avenue available to the subcontractor was to seek an extension of time under the terms of the contract by showing that the presence of asbestos had been unforeseeable.

However, the difficulty for the subcontractor was that, as described above, it had received plenty of information as to the presence of asbestos before entering into the subcontract. This information showed that asbestos contamination was a reality, and that it was potentially present at some depth.

Further, the subcontractor was aware that investigations had been conducted at specific sites, with an obvious inference as to the likelihood that the picture was incomplete. In this regard, the court noted the observation in Van Oord v Allseas [2015] EWHC 3074 (TCC) that: ‘Every experienced contractor knows that ground investigations can only be 100% accurate in the precise locations in which they are carried out. It is for an experienced contractor to fill in the gaps and take an informed decision as to what the likely conditions would be overall.’

In the view of the court, the pre-contract information would have put the subcontractor ‘on inquiry’ as to the presence of more extensive asbestos. The court concluded that the contamination discovered during the works was not a new discovery, or different from what had been indicated by the previous findings, but simply a more detailed manifestation of what was shown by the earlier materials.

As the asbestos discovered during the project had not been unforeseeable, it did not entitle the subcontractor to a time extension.

Whether the party carrying out the works is entitled to an extension of time (and potential compensation for loss and expense) in respect of adverse ground conditions will always depend on the terms of the construction contract.

However, where an objective foreseeability criterion applies, as is often the case, any information provided before the contract will be a key consideration. As shown in PBS Energo, a more detailed manifestation of what was shown in pre-contract information is unlikely to be a sufficient basis on which to claim an extension of time.

As such, where a party is provided with information at pre-contract stage indicating the presence of adverse conditions, it should fill in any gaps and ensure that it can make an informed decision as to the likely risk of contamination during the works.