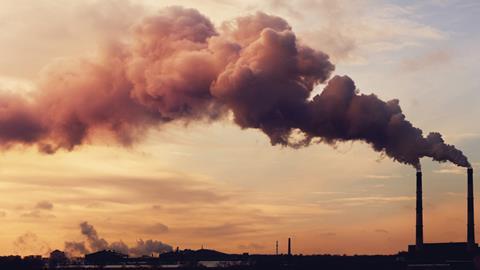 The road to net zero 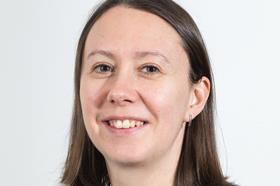 Lead up to the revised target

The CCC report declared that the UK can end its contribution to global warming within 30 years by setting a net-zero target by 2050 and that this target could be met at an annual cost of up to 1%–2% of GDP to 2050 if current policies are ramped up significantly. The CCC recommended that Scotland set a more ambitious target of net-zero emissions by 2045 and that Wales should adopt a lesser target of a 95% reduction in emissions by 2050 (Scotland has now introduced a bill setting a target of 100% reductions relative to 1990 by 2045).

Following the CCC report, parliament passed a motion declaring a climate change emergency. The draft Climate Change Act 2008 (2050 Target Amendment) Order 2019 was laid in parliament on 12 June. The order was made on 26 June and came into force the next day.

The legislation made the UK the first G7 country to legislate for net-zero emissions. It shows, whatever else arises from the Brexit debate, that the UK still wants to be a world leader on reducing carbon emissions. Indeed, this is one area of environmental law that is not affected by Brexit.

The CCC is required under section 36 of the CCA 2008 to produce an annual report setting out its views on the progress that has been made towards meeting carbon budgets (which provide legally binding emission limits in successive five-year periods and are set under the CCA 2008 to drive progress towards the 2050 target) and the emissions targets set in CCA 2008.

The CCC’s 2019 progress report asserts that ‘the government’s own projections demonstrate that its policies and plans are insufficient to meet the fourth or fifth carbon budgets (covering 2023–2027 and 2028–2032)’.

The CCC calls for the government to take more ambitious action to reduce GHG emissions. It finds that the government has only delivered one of 25 critical policies proposed by the CCC in 2018. That single policy concerns plans to ensure a continued carbon price in the UK if the UK leaves the EU Emissions Trading System. Action is needed on the other 24 policies to get UK action on GHG emissions back on track. The required annual rate of emissions reduction for the net-zero target is 50% higher than the UK’s previous 2050 target and 30% higher than has been achieved annually since 1990. This policy gap has widened in the last year as an increase in the projection of future emissions outweighed the impact of new policies.

In the CCC’s view, to meet the 2050 net-zero emissions target, the government must embed net-zero policy across all levels and departments of government. It must also ensure policies to reduce UK emissions to net zero are business-friendly, and design policies and low-carbon products around public needs, to increase engagement. It should also use the UK’s new net-zero target, and potential position as host of the 26th Conference of the Parties, to encourage increased effort to reduce emissions worldwide.

The secretary of state response to the points made in the CCC’s 2019 progress report is expected on or before 15 October.

A significant level of disruption is expected to be needed in certain sectors to achieve the net-zero target and concerns have been raised over meeting the cost of net-zero emissions.

Several reports have recently been published relating to net zero, including the UK Energy Research Centre report Disrupting the UK energy system: causes, impacts and policy decisions, which focuses on four key areas of the UK economy where businesses will need to change in order to remain competitive and meet carbon targets: heat, transport, electricity and construction.

There are plans to hold a citizens’ assembly on combating climate change and achieving net-zero carbon emissions to explore views on the question of sharing potential costs for different policy choices.

In addition, the Environmental Audit Committee has launched an inquiry into net-zero government, focusing on the sustainability of the government’s estate and procurement processes and how to achieve the net-zero emissions target by 2050.

Growth opportunities will also need to be maximised. With the right framework in place, ‘green collar’ jobs, as well as exports from a low-carbon economy, should rise, making clean growth a key pillar of the economy.

This is certainly a hot political and legal topic, and we can expect to see a host of policy and legislative changes to ensure the net-zero target is met. While the UK wants to be a world leader in this field, there is still a long way to go.