Two years of tumult and 'triumphs' 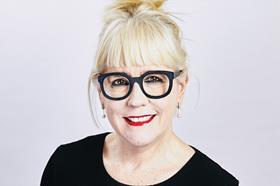 The rollout of worldwide vaccination programmes saw the gradual relaxation of travel restrictions. This proved positive for the UK’s immigration system with applications for some visa categories rebounding to, or exceeding, pre-pandemic levels. Applications for the Skilled Worker route among non-EU nationals, for example, were 37% higher in the first half of 2021 compared with the same period in 2019.

However, the situation for EU migrant workers is less clear-cut. The grace period for applying for the EU Settlement Scheme (EUSS) ended on 30 June 2021, and the vast majority of EU nations (as well as EEA and Swiss nationals) who enter the UK are now subject to the UK’s immigration system. Those coming for work now struggle with the points-based system, previously reserved for non-EU nationals, which has resulted in a huge drop in the overall number of EU workers moving to the UK. To illustrate this, there were just over 15,000 visa applications from EU citizens in the first half of 2021, representing 14% of applications. These figures are quite drastic when compared with those in 2019, when EU migrants represented 45% of migrants coming to the UK to work for at least one year.

Nevertheless, the EUSS has been largely heralded as a success, with more than 6m successful applications from EEA and Swiss nationals and their family members to protect their rights to live and work in the UK to date. In particular, the Home Office’s deployment of new technologies – including an app which allows individuals to scan passports and submit their photographs – has ensured the smooth rollout of the scheme, which otherwise might have come to a standstill due to the pandemic. The success of this technology has accelerated the Home Office’s plans to digitise other parts of the immigration system.

Other notable ‘triumphs’ in 2021 include the launch of the Graduate visa – a route which allows individuals to stay in the UK for at least two years after graduating in the UK – and the International Sportsperson visa, which consolidates two previously available routes for professional sportspeople.

This year promises to be another eventful one for the UK’s immigration system, with the Home Office announcing plans to launch new migration routes and reform the sponsorship system.

Last July, the government published its UK Innovation Strategy, which set out details of three new immigration routes to be launched this spring. The first of the new routes, the High Potential Individual, will be open to applicants who have graduated from a top global university. There will be no job requirement and there will be an option to extend the visa and settle in the UK, something which is not permitted under the new Graduate route. The government has said it will explore opportunities to expand this route to other categories of highly skilled individuals.

The second route announced in the strategy document was the Scale-up route, which will be open to individuals with a high-skilled job offer from a qualifying UK scale-up company and a salary of at least £33,000 a year. The route will be unsponsored, but scale-ups must demonstrate an average revenue or employment growth rate of more than 20% over a three-year period and at least 10 employees at the start of the three-year period to qualify.

The final route the government announced was the Global Business Mobility (GBM) visa, which will consolidate the Intra-Company Transfer (ICT) route and other business mobility routes. The route may be used by a business, with or without an established UK presence, and will allow employees of an overseas business to enter the UK for a specific business purpose that could not otherwise be carried out by a resident worker. The Home Office’s decision to reform the ICT route was based on a study by the Migration Advisory Committee (MAC), which published its report and recommendations last October. It is expected that some, or all, of these recommendations will be implemented by the Home Office when it launches the GBM route next year.

Separately, the Home Office unveiled its ‘sponsorship roadmap’, which sets out its plans to transform the existing process for employing foreign nationals. According to the document, over the course of the next few years, the Home Office plans to simplify and streamline the sponsorship system through a series of IT, customer service and compliance changes. It expects the new system to be operational by Q1 2024 when all sponsors will be transferred to the new system. The IT transformation will be introduced to a test group of SMEs and larger organisations, before being rolled out to a wider pool of sponsors between mid-2023 and Q1 2024.

Other notable changes include the ‘revitalisation’ of the Innovator route and the introduction of an Electronic Travel Authorisation – similar to the US’s ESTA – and e-visas. Of course, if the past two years have taught us anything it is that things do not always go according to plan. And with the world still in the grips of a global pandemic, the Home Office will need to remain agile in its planning for this year.