The Unified Patent Court has been put on hold again. So what is this court, what are its aims and will it ever come to fruition? 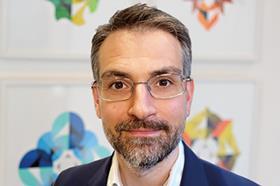 In 1973, the European Patent Convention (EPC) was signed, creating the European Patent Office. The office was established as a single institution for prosecuting a patent application, from which was granted the European patent, itself a bundle of national patents. The convention entered into force in 1977 with seven contracting states; it now covers 38.

The EPC has brought a number of advantages. A single patent prosecution system for 38 states simplifies and considerably reduces the cost of prosecuting a patent in Europe. An opposition procedure allows for central revocation of the bundle of rights (albeit limited to a period of nine months after grant), which again can reduce time and cost. The harmonisation of the laws of validity also mean a certain amount of predictability.

However, the EPC was only half of the project. There was no unitary right covering all of the EU (as there was to be with trade marks and designs) nor was there a single court to enforce (or revoke) the rights granted (be they a unitary right or the bundle of national rights). This meant multiple proceedings in different jurisdictions, in some instances resulting in differing conclusions. What was valid and infringed in Germany may not have been in the UK. The consequent time, costs and uncertainty of this are clear.

The solution to these issues first took form as the Community Patent Convention in 1975. Ultimately, this convention was not meant to be, with too few states ratifying it. The dream, however, did not die. In 2012, 37 years later, it was resurrected in the form of the Unitary Patent and the Unified Patent Court (UPC). The former would be a unitary patent which covered (up to) 25 member states of the EU; the latter a single court (albeit located in multiple jurisdictions) for the enforcement and central revocation of the unitary patent as well as the existing European patents. Germany, the UK and France (as the largest economies and jurisdictions of choice for patent litigation) would be the foundation stones upon which the right and court would be built (offering judicial, professional and technical expertise, as well as a location for the central courts).

The merits of such a system have been keenly debated. Its advocates point to one patent which would cover a gross domestic product of up to $15tn and a single mechanism for enforcing it, reducing the cost of litigation in Europe. Its detractors point to the cost of the right, its susceptibility to central revocation and that the option remains for bundles of national patents and enforcement in multiple jurisdictions. Political, social and economic factors all play a role in any assessment of its merits, be it sovereignty, language or the prospect of patent infringement where before there was none. Regardless of one’s views, the potential impact of the right and court on technology and pharmaceutical companies should not be underestimated.

Seven years on the UPC is yet to come to fruition. Spain and Italy challenged the system before the Court of Justice of the EU, albeit unsuccessfully. The agreement governing the court then required ratification. Brexit initially proved an obstacle to this, with the prevailing assumption being that the UK government would step away from the project. This assumption proved both right and wrong as the government initially endorsed it – ratifying the UPC in April 2018 – only to announce that it would not participate in it in July 2020.

Latterly, Germany has been the focus. A constitutional complaint in 2017 meant that the German ratification was suspended until 2020. Ultimately, the German Federal Constitutional Court (Bundesverfassungsgericht or FCC) upheld the complaint, at least in part. However, the decision was surmountable and the German government started the ratification process again in November 2020; the logic being that the UPC could continue without the UK’s participation. On 18 December 2020, the Upper House of the German Parliament, the Bundesrat, passed the ratification bill.

Progress of the UPC has, however, been frustrated again. Shortly after the passing of the bill, two constitutional complaints were filed before the FCC. The complaints included an application for an interim injunction to prevent the ratification of the UPC by the German Federal President, Frank-Walter Steinmeier. We have now learned that the president will wait for the outcome of the complaints before ratifying it. This outcome is difficult to predict. The FCC may find the complaints unfounded or inadmissible, meaning that the delay will be limited. However, if admitted, the process could take years.

So what is the future of the UPC? Ultimately, while a legal instrument for (arguably) economic advantage, it is political will which has driven it forward. This has waxed and waned over the 46 years since the Community Patent Convention, but never subsided completely. The path to the right and court continues to be long and attritional, with the UK’s departure a significant blow (necessitating some legal legerdemain to maintain the existing agreements). Will the political will run dry? We can only but watch and wait.