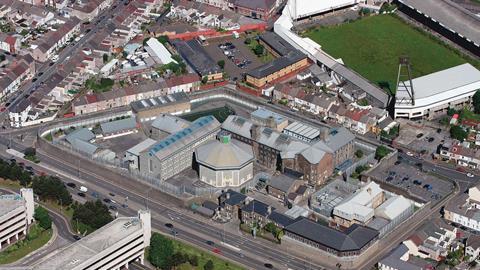 Whether an employer will be held responsible for an employee’s conduct during the course of his employment is decided by reference to the test set out by McLachlin J in the Supreme Court of Canada, when she stated ‘the fundamental question is whether the wrongful act is sufficiently related to conduct authorised by the employer to justify the imposition of vicarious liability’ (The Children’s Foundation v Bazley [1999) 174 DLR 45).

It seems that, rather strangely, the cases that reach the higher court on this topic fall into two camps: on the one hand the awful abuse of youngsters by adults; and on the other, bizarre circumstances of assault, perhaps best exemplified by the shooting of a member of the public who was using a public phone by a plain clothes police officer in Bernard v The Attorney General of Jamaica [2004] UK PC 47.

In Mohamud, the appellant, of Somali descent, drove his car into the respondent’s petrol station, checked the tyre pressure on his car, and entered the kiosk servicing the petrol station to ask if it was possible to print some documents which were on a USB stick.

The respondent’s employee, Mr Khan, replied in an abusive fashion, including racist language. The appellant, therefore, left the kiosk and walked to his vehicle. He was followed, had his passenger door opened and was punched in the head. The appellant got out of his car, only to be further punched, and was then kicked and punched while curled up on the forecourt. The circumstances were rightly described by the judge at first instance as ‘brutal and unprovoked’.

The appellant took action against the respondent, arguing that it was vicariously liable for the actions of its employee who worked in the kiosk.

The test is twofold, namely: consideration of the relationship between the primary wrongdoer and the person alleged to be liable, and whether that relationship is capable of giving rise to vicarious liability; and second, whether there is a sufficiently close connection between the wrongdoing and the employment, so that it will be fair and just to hold the employer vicariously liable.

The appellant had no difficulty in proving the first stage through the relationship of employer and employee. It was in respect of the second stage that his case failed. Adopting the factors set out in Bazley, the court held that while the appellant could show that the opportunity for the employee to assault Mr Mohamud arose from his position with the employer, his action in assaulting him was purely for reasons of his own.

It was not to further the employer’s aims; not related to any friction, confrontation or intimacy arising out of the employment; did not result from any power conferred on him in relation to the victim by the employer; and there was no special vulnerability of the applicant, which may arise in cases such as those of child abuse.

The court unanimously held that there was not a sufficiently close connection to make it fair and just to hold the employer liable, with Lord Justice Clarke stating that ‘the assault could be looked at as a perverse execution by Mr Khan of his duty to engage with customers’, but such an approach ‘parts company with reality’.

In conclusion, unlike the ticket inspector in Fennelly v Connex South Eastern Ltd [2001] IRLR 390, nightclub doormen and bouncers in a number of cases, including Mattis v Pollock [2003] 1WLR 2150, the work of a kiosk employee carried with it no specific risk of violence being used against customers. Mere interaction with a customer is insufficient to establish liability. While this was an unfortunate decision for Mr Mohamud, who suffered severe injuries in the assault, it is consistent with the approach of the senior judiciary in recent decisions of the Supreme Court and the Court of Appeal.

In Cox, the claimant, a catering manager at HMP Swansea (pictured), suffered injury when one of the prisoners who was assigned to kitchen work dropped on top of her a sack of food stuffs that he was moving when attending to a delivery of supplies to the kitchen. It was accepted that the accident was caused through the negligence of the prisoner, and the issue was whether the defendant was vicariously liable for that negligence.

At first instance, the judge found for the defendant, but the Court of Appeal overturned his decision. In giving the lead judgment, Lord Justice McCombe adopted the perspective of Ward LJ in E v English Province of our Lady of Charity [2013] QB 72, that ‘the law of vicarious liability has moved beyond the confines of a contract of service’.

The test of vicarious liability involves a sense of synthesis of the twofold test stated above, and adopting Lord Phillips’ analysis in Various Claimants v Catholic Child Welfare Society & Others [2013] 2AC 1, he found that the respondents had a relationship akin to employment with the prisoner, and satisfied the criteria set out in that case to the extent that the employer was more likely to have the means to compensate the victim than the prisoner; by employing the prisoner to carry out the activity, he created the risk of the tort committed by the prisoner; and the prisoner was to a greater or lesser degree under the control of the employer.

The work carried out by prisoners in this case relieved the Prison Service from engaging employees at market rates. It was work done for their benefit and on their behalf. An example was provided of a prisoner injuring a pedestrian when driving a vehicle owned by the Prison Service in order to collect groceries for the prison. In that instance, there would be little doubt that the Prison Service would be vicariously liable for the tort. Moving food supplies from delivery to storage was held to be no different.

It is important to keep in mind the two-stage test in identifying whether a relationship is established for which D1 is vicariously liable for the actions of D2. In Mohamud, the actions were too remote from an employer/employee relationship, whereas in Cox, although there was no service contract, there was a sufficiently close relationship from which the fault flowed.