What we know about a ‘plan B’ Brexit 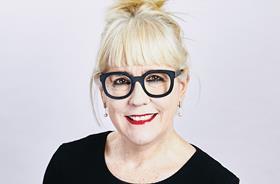 Brexit remains an enigma. Over recent weeks, the draft withdrawal agreement was overwhelmingly rejected by the House of Commons; Theresa May survived a vote of no confidence; and the government’s Brexit plan B (which looked very similar to Plan A) was amended by parliament, thus setting the stage to send the prime minister back to an unreceptive Brussels cap in hand. This article addresses what we know regarding the EU Settlement Scheme (EUSS), future withdrawal agreement negotiations and what a no-deal Brexit might look like.

In its present form, assuming the withdrawal agreement is approved by the UK parliament, EU nationals and their family members who wish to continue living in the UK beyond 30 June 2021 will be able to do so by completing a now free application to the EUSS.

EU citizens and their family members who obtain settled status will be permitted to remain in the UK (much as they do under free movement) with the right to work, access to social benefits, ability to travel in and out of the UK, and the option eventually to apply for UK citizenship.

In order to obtain immigration status under the EUSS, EU nationals need to either apply online or through the ‘EU Exit: ID Document Check’ smart phone app.

Currently, the app only works on Android phones, though the government is in talks with Apple to enable functionality on iPhones. This is noteworthy, as some estimates put Apple’s UK phone market share at 43%.

Alternatively, individuals will be able to visit one of the 13 chip-checking locations (the government hopes to have at least 50 once the system is fully open on 30 March 2019) and mail in the completed application through the post.

Plan B and the amendments

In an unprecedented rebuke, the House of Commons voted 432 to 202 against the prime minister’s first Brexit deal, thus forcing her to come back with a plan B. On 29 January, lawmakers voted on a series of amendments relating to Brexit. The house voted in favour of a non-binding amendment ruling out a no-deal scenario, as well as an amendment to replace the Irish backstop with alternative arrangements.

The Irish backstop, which aims to avoid a hard border, could keep the UK indefinitely in the EU customs union if no long-term trade relationship is agreed by the end of the transition period on 31 December 2020 (or by 2022 if the transition is extended). This would result in the UK having no say in EU policy, but remaining bound by its trade rules.

Unfortunately, with parliament against the deal struck with the EU, and with the EU apparently unwilling to reopen negotiations to substantive changes, particularly on the issue of the backstop, at the time of writing this makes a no-deal Brexit much more likely.

In the event that no deal is agreed to in time for the 29 March deadline, the UK could request more time and, assuming the 27 remaining EU countries unanimously agree, extend negotiations in order to provide sufficient time to iron out details.

Alternatively, the UK could leave the EU without a deal. Under that scenario, free movement would end on the date of Brexit and only those who were residents in the UK on or before 29 March would retain the right to apply under the EUSS.

Thereafter, EEA citizens would be permitted to enter the UK until 31 December 2020 for up to three months to work, visit, or study without immigration permission. For longer stays, these nationals would need to apply for European Temporary Leave to Remain, which (subject to identity, criminality and security checks) would enable them to stay for up to three years. For stays longer than three years they would need to apply for permission under the new immigration system.