Can consumer rights laws back up tenants seeking lease extensions from landlords? The question divided the Court of Appeal.

The Court of Appeal recently considered a case - Jones v Roundlistic Limited [2018] EWCA Civ 2284 - raising the question as to how far consumer rights legislation can be relied upon by a tenant in the context of a statutory lease extension under the Leasehold Reform, Housing and Urban Development Act 1993. The relevant consumer legislation was the Unfair Terms in Consumer Contracts Regulations 1999, which has now been replaced with near identical wording by the Consumer Rights Act 2015.

The basic facts were that the Appellants had purchased the long lease of a ground floor maisonette in a building of two such properties. The upper maisonette was retained by the freehold owner of the building and was let out on assured shorthold tenancies. The Appellants also wished to let the ground floor maisonette on an assured shorthold tenancy. However, they came up against the problem that their lease included a tenant’s covenant:

’Not to use the premises hereby demised or permit the same to be used for any purpose whatsoever other than a single private dwelling house in the occupation of the Lessee and his family.’ 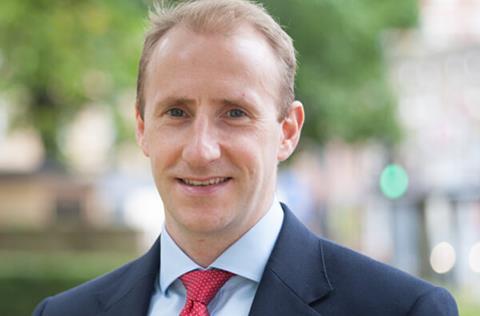 There is existing authority that this covenant prevents a tenant from letting the premises on an AST (at least to anyone other than his family). Accordingly, the Appellants found themselves in the position where the lease they had purchased prevented them from installing an assured shorthold tenant in the lower maisonette, but the freehold owner was entitled to do so in relation to the upper maisonette. It appeared from the terms of the lease that it might originally have been intended that the landlord would grant a long lease of the upper maisonette as well (including the same covenant), however the original parties had subsequently entered into a deed recognising that the landlord might not grant such a lease. The landlord was only obliged to enforce similar covenants as had been made by the downstairs tenant as against any occupier or tenant of the upstairs maisonette (whether an assured tenant or otherwise).

The Appellants succeeded in the First Tier Tribunal. However, in the Upper Tribunal, the Appellants’ arguments that an estoppel or waiver arose out of this situation, preventing the landlord from relying on the covenant against the Appellants, were unsuccessful. This left the Appellants’ argument that the covenant was unfair under the UTCCR 1999. It was argued that although the UTCCR 1999 did not apply to the original lease, which had been granted in 1978, they did apply in 2012 when the lease was extended under the 1993 Act. Since the extension takes effect as a surrender and re-grant, it was argued that the UTCCR 1999 applied and the inclusion of the covenant at this stage was ‘unfair’ within regulation 5. This argument failed in the Upper Tribunal but was the subject of the appeal to the Court of Appeal.

The arguments in the Court of Appeal centered around two issues:

1. A technical point as to whether regulation 4(2) of the UTCCR 1999 applied such that the regulations were excluded from applying to the lease extension; and

2. The fundamental issue as to whether the inclusion of the relevant covenant in the lease in 2012 could be said to be ‘unfair’ under the UTCCR 1999.

On the technical point, the Court referred to the fact that regulation 4(2) expressly excludes terms ’which reflect mandatory statutory or regulatory provisions’ from the scope of the regulations. In the present case the tenant on the lease extension had served a section 42 notice requesting that the new lease be granted on the same terms as the old, and this had been done. Hence the question was whether section 57 of the 1993 Act (which provides that the extended lease shall be on the same terms as the old, subject to agreement or determination by the Tribunal), meant that the sub-letting covenant ‘reflected’ a mandatory statutory provision. 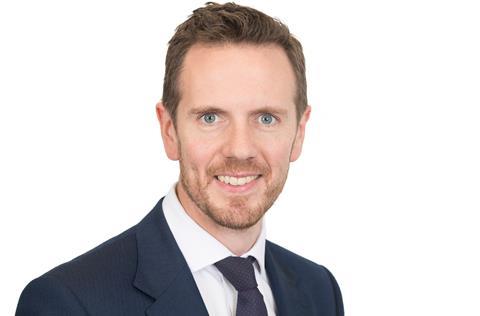 The Court was split on this question: the President, Macfarlane LJ considered that regulation 4(2) applied; Underhill LJ and Singh LJ considered that it did not. There was no UK authority on the point, and little ECJ authority of assistance. However, given that the UTCCR 1999 derived from an EC Directive (93/13), all agreed that a purposive interpretation of the wording of the underlying directive was necessary.

This wording includes, in Recital 13 to EC Directive 93/13, the indication that ’mandatory statutory or regulatory provisions…also covers rules which, according to the law, shall apply between the contracting parties provided that no other arrangements have been established.’ For Macfarlane LJ, this phrase was decisive. It indicated that regulation 4(2) is to be construed widely as including ’default provisions’ rules such as section 57 of the 1993 Act. The fact that section 57 did not specify the particular lease terms which must be included in the new lease did not matter, because the process for determining the new lease terms under section 57 ensured that there was no abuse of unequal bargaining power. Conversely, Underhill LJ (with whom Singh LJ agreed) decided that ’mandatory statutory or regulatory provisions’ could only apply where the legislator/regulator could be taken to have given proper weight to consumer protection when prescribing a term to be included in a contract. He considered that this did not apply on a statutory lease extension, taking the view that for regulation 4(2) to apply, the relevant statute or regulation must prescribe the content of the term in question.

Conversely, on the question of whether the covenant was ‘unfair’, both Underhill and Singh LJJ were of the view that this was not the case. For a term to be unfair it must cause a significant imbalance in the parties’ rights and obligations contrary to the requirement of good faith. The relevant authorities (Director General of Fair Trading v First National Bank Plc; Aziz v Caixa d’Estalvis de Catalunya and Cavendish Square Holding BV v Talal El Makdessi) show what is required to establish these twin requirements: (1) ’significant imbalance’ is focused on whether the consumer is being deprived of an advantage which he would otherwise enjoy under national law; and (2) ’contrary to the requirement of good faith’ depends on whether the seller or supplier could reasonably assume that the consumer would have agreed to such a term in individual contract negotiations. Applying these tests, their Lordships were of the view that the Upper Tribunal was correct to conclude that the inclusion of the covenant was not contrary to the requirement of good faith. It was only because of the mandatory extension of the lease that the UTCCR 1999 bit at all. Further, the 1993 Act process gave the lessee the opportunity to re-negotiate the terms or have the terms determined by a Tribunal. The lessee was also represented by solicitors throughout this process. Accordingly, the Respondent was entitled to assume that the consumer would have agreed to the term in individual contract negotiations. Although Macfarlane LJ did not agree with the majority on this point, this was on the narrow basis that he considered the Upper Tribunal had relied upon matters which were outside those relating to points of law.

It will come as a relief to landlords subject to statutory lease extensions that the Court has confirmed it is very difficult for tenants to allege that a term is ‘unfair’ under consumer protection legislation in these circumstances. What is more interesting for practitioners is the Court’s differing views on the application of regulation 4(2) of the UTCCR 1999 (which corresponds to section 73 of the Consumer Rights Act 2015). There is little jurisprudence on this issue, and the split in the Court shows the difficulties in applying a purposive interpretation to consumer legislation. Clearly, consumer protection does not require that the Court must always give the interpretation most beneficial to the consumer – for example it was held by the ECJ in Kušionová v SMART Capital a.s. (C-34/13) (at [56]) that the Court cannot be expected to make up for consumer inertia. Arguably this ought to mean, as Macfarlane LJ concluded, that a contract term included by default when a consumer has not taken advantage of a statutory process to challenge it should be excluded from review. It would be useful to receive further guidance. However, the Appellants have indicated an intention to seek permission to appeal to the Supreme Court, so watch this space.