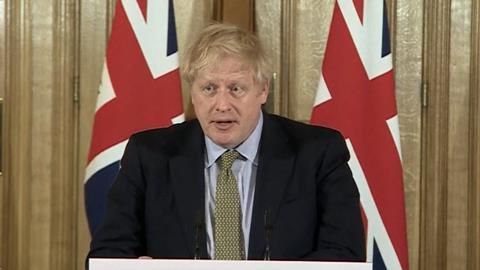 Why did government not use the Civil Contingencies Act?

Disdain of past legislation

The Civil Contingencies Act 2004 (‘CCA’) represents a legal landmark. It updated and consolidated laws which enabled public authorities to prepare for, and respond effectively to, emergencies, replacing the Emergency Powers Act 1920 with a more comprehensive and consensual design. While it was motivated by domestic and global crises, it was not enacted in haste but benefited from a prolonged consultation period led by a special parliamentary joint committee. The final draft systematically furnished the executive with all conceivable powers, yet contained vital legal and parliamentary oversight to avert disproportionate action. The CCA addressed the widest range of possible eventualities: terrorist attacks, protests, environmental events – and human and animal disease pandemics. In other words, there already existed legislation designed to tackle the circumstances of coronavirus which indubitably qualifies as an emergency. Yet, rather than utilise this framework, the government has resorted to fresh legislation in the Coronavirus Act 2020. Why?

Part 2 of the CCA, ‘Emergency Powers’, is most relevant for present discussion. Section 19 defines an ‘emergency’ as including ‘an event or situation which threatens serious damage to human welfare in the United Kingdom or in a Part or region’. Calamities such as pandemic influenza were expressly considered during debates. That occurrence qualifies as threatening ‘human welfare only if it involves, causes, or may cause’ one or more of a series of outcomes. At least three of the items on the list that follows arises from coronavirus: ‘loss of human life’; ‘human illness or injury’; and ‘disruption of services relating to health’. Furthermore, other threats to ‘human welfare’ within section 19 are also relevant: ‘disruption of a supply of money, food, water, energy or fuel’, and ‘disruption of facilities for transport’.

Under section 20, a government Minister can issue ‘emergency regulations’ if ‘satisfied’ that an ‘event or situation’ fulfils the requirements in section 19. Section 21 iterates that the issuance of such regulations requires an emergency to be taking place, or to be about to occur, and that it is necessary ‘to make provision for the purposes of preventing, controlling or mitigating an aspect or effect of the emergency’. Existing legislation must be unsuitable, or at least there must be doubts about its effectiveness.

Under section 22, ‘emergency regulations’ can ‘make provision of any kind that could be made by Act of Parliament or by the exercise of the Royal Prerogative’. The list of possible uses – which itself is not exhaustive – is sweeping. The limitations on the regulations, other than that they be necessary for the purposes of dealing with the emergency, are that: they must be proportionate; they must specify their territorial scope; they cannot prevent industrial (strike) action or enforce military service; they can create no more than a limited range of criminal offences and possible punishments; and that they cannot amend Part 2 or the Human Rights Act 1998. The CCA also requires that the emergency regulations are not permitted to ‘alter procedure in relation to criminal proceedings’ (section 23(4)(d)). This latter limitation might offer one reason for the government choosing to avoid the CCA. The Coronavirus Act 2020 (section 53 and Schedule 23) allows video links in court proceedings, including in criminal cases. But this obstacle to the use of the CCA was never mentioned in the parliamentary debates and surely could have been overcome by separate primary legislation.

Through discarding the CCA, the government has evaded its important safeguards and adopted much weaker precautions in the Coronavirus Act 2020. First, by section 97, the secretary of state must publish every two months a report on the status of the provisions, including a statement of satisfaction that the status of those provisions is ‘appropriate’, though according to which criteria is anybody’s guess. Second, by section 98, the House of Commons will be able to debate and vote on the continuation of the Coronavirus Act 2020 every six months based on a motion ‘That the temporary provisions of the Coronavirus Act 2020 should not yet expire’. This review power is extraordinarily confined. The wording stacks the odds in favour of renewal and banishes the House of Lords from any legislative role. The third precaution is that, by section 89, the Act is to expire after two years; but, even then, ‘relevant national authority’ under section 90 (a Minister of the Crown) can extend the life by regulation for six months at a stretch.

By comparison, precautions in the CCA against excessive usage or a lingering life are far more extensive and effective. They include (section 26) that each emergency regulation introduced remains in force for a maximum of 30 days (though a new regulation can then be issued). In debates on the latest legislation, the Minister dismissed that timeframe as too short (Hansard (House of Commons) vol.674 col.132, 23 March 2020, Penny Mordaunt), but it is short precisely to ensure sufficient accountability. Regulations must be laid before Parliament ‘as soon as is reasonably practicable’. If each House has not expressly approved a regulation within seven days of being laid, it falls. The Commons and Lords can also later by resolution annul or amend a regulation (section 27). If Parliament is prorogued or the Commons or Lords adjourned when a regulation is issued and would be unable to consider it, the monarch or the relevant Speakers, respectively, must reconvene the sitting (section 28). A less powerful, but still notable, prerequisite is that the government must ‘consult’ with the devolved executives, unless obviated by pressing circumstances (section 29). Emergency regulations are to be treated as ‘subordinate legislation’ under the Human Rights Act 1998, even if ‘they amend primary legislation’ (section 30). Thus, a court can annul a regulation if found incompatible with the European Convention on Human Rights, thereby going beyond a mere declaration of incompatibility. The present government’s Manifesto 2019 (p.48) expressed some distaste for the Human Rights Act and judicial review. Perhaps another reason for avoiding the CCA was to preclude its more vigorous oversight via these mechanisms. However, the CCA may yet come into play. It copes with disruptions to constitutional order and everyday life beyond the capabilities of the Coronavirus Act 2020, thereby avoiding further Coronavirus Acts and legal challenges to vires.

These concerns about constitutionalism were barely voiced in the fast-tracked parliamentary debates in 2020. That process reflected the broadest political consensus, shared by the authors of this paper, that exceptional, flexible measures are legitimately required in the coronavirus crisis. However, it did not reflect the view that input from parliament and the courts strengthens rather than hinders democracy and other basic values and interests of society.

The argument that constitutional safeguards have been neglected might be mitigated if in substance the Coronavirus Act 2020 could be depicted as ‘sectoral’ legislation rather than ‘emergency’ legislation. This line of argument was made by the New Zealand Law Commission, which considered the design of emergency laws in its First Report on Emergencies (1990) and Final Report on Emergencies (1991). The Commission recommended that when emergency powers are required, they should be conferred by ‘sectoral legislation’ - legislation deliberated upon and designed in advance of the emergency and tailored strictly to the needs of a particular kind of emergency. If a ‘sectoral’ approach had been adopted, and especially if the strategy were to be pursued further by a review and revision of the many existing sectoral UK Acts (such as relating to public health), then it is unlikely that the full panoply of CCA regulation-making powers would be required. There is merit in this argument, but the Coronavirus Act 2020 cannot truly be categorised as delivering such sectoral legislation since it lacks at least four essential features.

First, sectoral legislation should be limited to a ‘sector’ so that the relevant stakeholders and even the public can be engaged in the shaping and running of the legislation. However, the Coronavirus Act covers multiple sectors and embodies no consultative mechanisms.

The second feature of sectoral legislation is time to consider, debate, and consult. It should follow the usual public and Parliamentary timetable for debate and can utilise the usual structures for implementation (consultative/advisory bodies; and draft proposals). For its part, the Coronavirus Bill afforded almost no time.

The third feature of sectoral legislation might be depicted as ‘WYSIWYG’: ‘What you get is what you see’. The details of what is to be achieved are set out largely on the face of the sectoral legislation and do not await implementation by regulations which are much less amenable to scrutiny. In this aspect, the Coronavirus Act contains ample details over 342 pages but still embodies very broad regulation-making powers, especially 50 (Power to suspend port operations), 51 (Powers over potentially infectious persons), 52 (Powers to issue directions relating to events, gatherings and premises), 61 (Power to postpone certain elections and referendums), 88 (Power to suspend and revive any provisions), and 90 (Power to alter the expiry date). The collection is exceptional since it is not confined to one sector and affects the general public and fundamental rights.

The fourth feature which sectoral legislation should reflect is post-legislative oversight. Here, the Coronavirus Act fails since it has weaker mechanisms than the CCA.

Everybody should accept that there is a public health emergency and that action against it should be broad, stringent, and even unpalatable. But whether the Coronavirus Act is the best medicine is in doubt. Its model of emergency legislation contradicts the wishes of parliament’s better self as represented by the CCA, and is contrary to the considered warnings of the House of Lords Select Committee on the Constitution in its report, Fast-Track Legislation: Constitutional Implications and Safeguards (2008–09 HL 116). As experienced with special legislation against terrorism, an uphill struggle now looms to control the Coronavirus state. Rather than dispersing for four weeks after the legislation’s passage, parliament must reassert its role as the prime guardian of constitutional principle and must repair the legislative foundations by taking the CCA’s sound footings to heart.