When I was about 12 I had a conversation with my father – a debate about whether the Yorkshire Ripper ought to be hanged or not. That was the trigger for my interest in civil liberties and human rights. A legal education is a wonderful preparation for a career in public life. 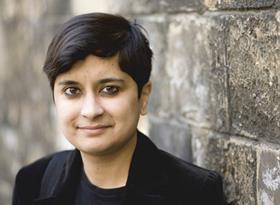 Some people say there was a time when there were too many lawyers in things like politics. Now there aren’t enough, because law gives you a strong sense of fairness and due process, and what a justice system ought to look like and what the values in it ought to be. Being a lawyer in the Home Office was fantastic and informative. I got to see the way legislation is created – how a soundbite in a ministerial or prime ministerial speech can end up as a section in an act of parliament.

I started at Liberty the day before 9/11. It was very obvious what the priorities were going to be – we were going to have to respond to all these terrible shortsighted policies that were adopted in the name of freedom but that were about diminishing freedom and actually quite counterproductive to fighting terrorism. The biggest change in my career was when I stopped being in-house counsel at Liberty and became director. I had to learn not just to be a lawyer but to be a senior manager, a fundraiser and a campaigner – all of those things they don’t teach you at bar school.

Sometimes lawyers are a little bit sniffy about things like management, and think that because they are professionals they don’t need to do it or receive it. I hope that is changing. Lawyers who work on traditionally legally aided stuff don’t get the appreciation they deserve from society, because people have this foolish impression of lawyers being ‘fat cats’. There are so many lawyers who don’t work in the city, who don’t make tons of money, who are doing a combination of social work and crime-fighting, and picking up the pieces of society. And they don’t get well rewarded or respected for it, but they have good hearts and have chosen to do stuff that really matters.

Lawyers should enter the profession for the work. If you just wanted to pursue money, there are probably easier ways of doing it.