Barristers twice as likely as solicitors to make bench

Solicitors applying to be judges are half as likely to succeed as barristers, figures published by the Judicial Appointments Commission indicate.

The commission’s latest statistics bulletin says that the overall recommendation rate for applicants was 13% for solicitors and 27% for barristers.

Meanwhile 1,542 current and former barristers applied for appointment to the bench and 395 were successful.

The discrepancy was particularly pronounced in the appointment of employment tribunal judges, deputy high court judges and fee-paid judges of the first-tier tribunal. 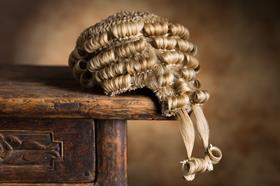 The bulletin also shows that solicitors made up a bigger proportion of those chosen to be circuit judges and district judges before the JAC was created in 2006 than after.

However, 2018/2019 did see the highest ever number of current solicitors recommended for judicial appointment and recommendation rates were in line with application rates for high court judge and circuit judge exercises.

Black, Asian and minority ethnic candidates (BAME) made up 22% of applicants and 14% of those recommended for appointment. This is ‘broadly in line with BAME representation in the working age population,’ the report says.

No BAME candidates were chosen to be high court judges.

The JAC made three times as many judicial appointments this year than it did two years ago. This was driven by the need to replenish fee-paid entry level judges in particular, numbers having dwindled in recent years as a result of austerity measures.

For the first time, 100 judges aged 35 or under have been appointed and over half of successful applicants are 45 or under.