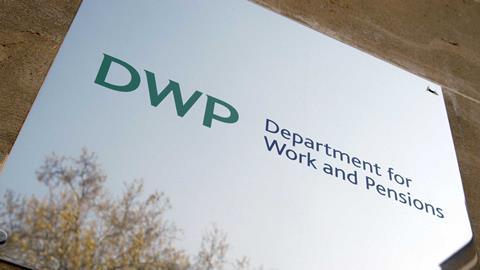 A solicitor who claims that the government’s method for recovering possible benefit overpayments from a person’s estate causes misery for the bereaved and overburdens wills and probate lawyers has called for an overhaul of the system.

Terry Moore, a solicitor at Hull-based Burstalls, said the government should limit its enquiries to six years before the date of death in order to stop ‘repetitive and unrealistic’ requests for information.

When dealing with estates, executors may receive a letter from the Department for Work and Pensions’ Recovery from Estates (RfE) section if the deceased was receiving benefits. If they were not receiving the correct amount, then the DWP can try to recover any sums paid in error from the estate.

Moore, who chairs the Hull Probate Practitioners’ Group, has repeatedly criticised RfE, which he said has caused ‘anger, anguish and financial uncertainty’ with ‘continuing delays’.

In a letter recommending changes, Moore claimed solicitors frequently receive unmanageable requests including bank statements going back 13 years prior to death ‘when it is common knowledge that banks only have records for six years prior to death’.

Moore said he was promised there would be a review of the RfE process last year after he complained about delays in an investigation concerning an 89-year-old client. He claimed that, normally, these investigations should take around three months but instead took almost a year and that the department’s lawyers posed questions that were impossible to answer.

In the document, seen by the Gazette, Moore wrote: ‘The slow procedure reflects badly on the profession as executors and the beneficiaries are staggered and then frustrated at the DWP delay.

‘Limiting the enquiry period to six years would reduce administration costs and ease the burden on both the department and solicitors’, he added.

The letter also asks whether there should there be an amnesty of six months for the DWP to catch up with its current backlog.

Moore also suggested the DWP could introduce a policy that any overpaid benefits less than a certain amount (for example £100, £500, or £1,000) should not be collected because the cost of collection outweighs the initial sum and diverts precious resources away from bigger cases.