The chair of the Commons Justice Select Committee has called for a ban on paid McKenzie friends, after a High Court judgment ordered an unqualified ‘legal adviser’ to pay £263,759 in damages and over £70,000 in costs following a negligence claim.

Conservative MP Bob Neill said the High Court judgment ‘reinforces the conclusion that I have drawn from all the evidence the Commons Justice Committee has heard about unregulated paid McKenzie friends, that it is time for parliament to bite the bullet and ban this unscrupulous practice’. 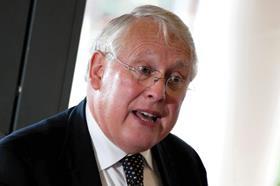 Bob Neill: ‘time for parliament to bite the bullet and ban this unscrupulous practice’

Earlier this month a High Court judge ruled that unqualified ‘legal adviser’ George Rusz, of Romford business Troy Lucas & Co, was negligent in his handling of a clinical negligence case and should be held to the same standard as a qualified lawyer.

The court heard that the negligence left 70-year-old claimant Paul Wright without evidence, resulting in him winning a basic claim but being presented with a five-figure bill for costs.

As Rusz claimed that his firm’s advice came from qualified lawyers, he should be held to that standard, the judgment determined.

Wright sought help after an operation at Basildon and Thurrock University Hospital NHS Foundation Trust in 2004 left him permanently disabled.

According to London firm Leigh Day, which acted in Wright’s negligence claim, Troy Lucas told him that it had extensive experience and claimed to be ‘as good as, if not better, than any solicitor or barrister’. The firm also gave Wright a contract to sign which implied that people with legal qualifications worked there and that it was regulated by the Solicitors Regulation Authority.

Rusz and Troy Lucas argued that there was no contract and that they owed no duty of care to Wright, accusing him of exaggerating his original case. These claims were dismissed by the court.