Speaking at a session on the 'Belt and Road Initiative’  – a massive international investment project established by the Chinese government in 2013 – legal consultancy Hook Tangaza said lawyers should alert countries to the potential effects of Chinese investment.

Alison Hook, co-founder and director of Hook Tangaza, said: ‘Lawyers, if mobilised, can play an important role in helping to ensure that risks are highlighted; that governments are aware before they commit to some of these potential issues…There needs to be some engagement from countries elsewhere in order to ensure China isn’t dominating everything.’

Hook said countries risk entering arrangements that they cannot afford, and could be signing up to more pollution. 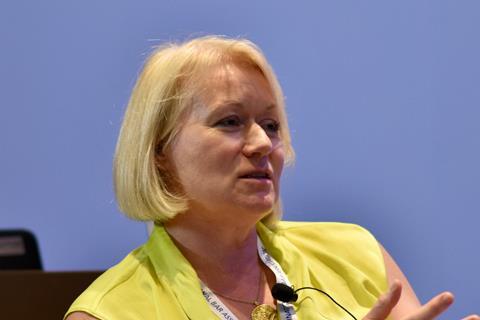 Steven Nelson, partner at US firm Dorsey & Whitney LLP, added that there are concerns that countries affected by the Belt and Road Initiative do not have sufficiently sophisticated legal systems to protect their own interests.

'There is a need for the legal professions in less well developed countries to be able to manage these increasingly large projects,' Nelson said. 'It's clear that the Belt and Road investments by China will not be the only intrastructure investment that is going to come in...Certainly the US and European countries want to be involved.'

The Belt and Road Initiative is an enormous infrastructure programme, often compared to the historic Silk Road, which aims to create new trade corridors linking China to Asia, Africa and Europe through ports, roads and railways. Several international law firms are understood to have received instructions related to the multi-billion-dollar scheme.

Hook also stressed potential cybersecurity risks. ‘If bars are going to do anything, one of the things they need to pay much greater attention to is the issue of technology, cyber and cyber risk,’ she said. ‘Those...are not only related to “One Belt One Road” but are things which, as a legal profession, we need to be increasingly on top of’.

The IBA’s annual conference was due to be held in Miami this month. However, the event has gone ahead virtually and will finish on 27 November.