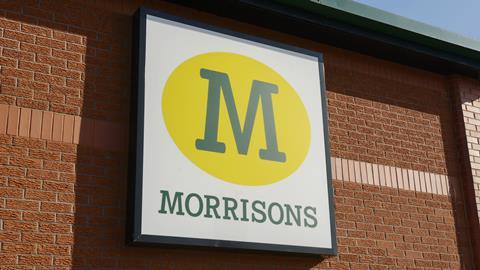 The final stage of group action against Morrisons is being heard in the Supreme Court today, on behalf of 9,000 claimants seeking compensation over a massive data breach.

For the claimants, Jonathan Barnes, of 5RB Barristers, said Morrisons would face a ‘big number’ if it is found vicariously liable for the data breach, but damages would not be ‘disproportionate’.

Barnes said: ‘What we cannot do is look to bankrupt Morrisons by this, but we are seeking compensation on an individual level which …compared to a commercial case will be modest.’

Payroll data was stolen and published by Andrew Skelton, a senior internal auditor at Morrisons, who held a grudge against his employer. Skelton subsequently received an eight-year jail sentence and remains behind bars. The Supreme Court is hearing Morrisons' appeal against a judge's finding of vicarious liability.

Barnes argued today that Skelton acted in the course of his employment and that there was a ‘seamless, continuous’ thread linking his actions.

He said: ‘You hire someone, you trust them, you ask them to do something that requires trust and they let you down… In that situation policy says it should be the enterprise that bears the risk rather than leaving individual claimants to see what they can do against Mr Skelton.’

He added: ‘All the features of the wrong occurred within Mr Skelton’s employment. We are not running a case where we need to aggregate any conduct from anywhere else.’

Barnes also claimed that Skelton’s wrongdoing was not a ‘mere opportunity case’. He said: ‘This is not a case where the office cleaner finds a thumb screw and takes the opportunity to make use of it… Skelton abused the trust placed in him [by Morrisons].’

Yesterday, Lord Pannick for Morrisons argued that Skelton’s wrongdoing was not within the field of activity assigned to him by Morrisons and there was not a sufficiently close connection between Skelton’s wrongful conduct and what he was employed to do to justify a ruling of vicarious liability.

Five justices led by Lady Hale are hearing the case, which continued this afternoon.

Judgment has been reserved.