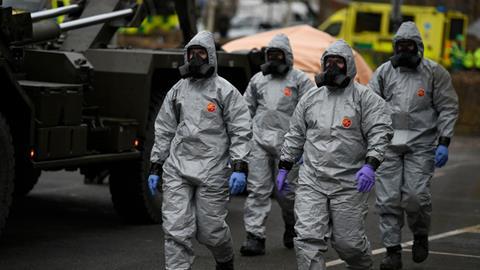 The government has hinted at passing a British version of the Magnitsky Act, a US law that freezes assets and imposes travel bans on Russians suspected of human rights violations, following the nerve agent poisonings in Salisbury. Theresa May told the House of Commons: ‘We will play our part in an international effort to punish those responsible for the sorts of abuses suffered by Sergei Magnitsky.’ Magnitsky was a lawyer who died in custody after alleging fraud by state officials. May added that the government will freeze Russian state assets ‘wherever it has the evidence that they may be used to threaten the life or property of UK nationals or residents’.