Solicitor who misappropriated £164,264 then lied to SRA and court is struck off

A solicitor who misappropriated more than £150,000 from the sale of a client’s property and then lied to the regulator and the High Court about her ability to repay the funds was today struck off the roll.

Sandra Campbell, admitted in 1998, misappropriated £164,264 from Client A – which remains unpaid – and then misled the Solicitors Regulation Authority and a High Court judge about her purported attempts to transfer the funds, the Solicitors Disciplinary Tribunal found today.

Campbell, whose Mayfair firm Campbell & Co Solicitors was closed by the Solicitors Regulation Authority in February, also misappropriated the entirety of Client B’s £17,000 settlement of a medical negligence claim, a sum which has since been paid out of the Compensation Fund.

She did not attend the hearing and was not represented.

Michael Collis, for the SRA, told the tribunal that Campbell ‘misled both clients as to the fact that those sums were going to be paid and then misled both the SRA and, so far as Client A is concerned, the [High] Court’.

He said Campbell was instructed by Client A in April 2020 in relation to the sale of a property, which was completed that August. £540,000 was transferred into the client account, £6,736 of which represented the firm’s fees and disbursements. Campbell paid Client A’s 'son and duly-appointed agent, Mr A' around £369,000 over the course of September 2020, which left ‘an outstanding balance to Client A of £164,264’, Collis said. However, ‘by 30 September 2020, the date of the last payment, there was only £4,678.52 left in the client account’. 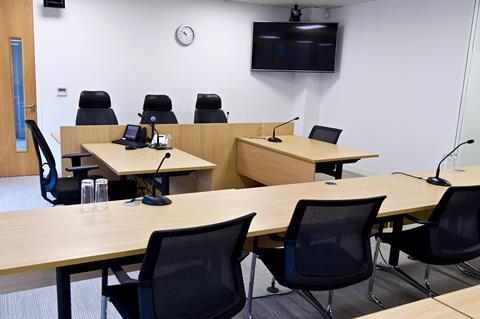 SDT: Campbell faces being struck off the roll

After Client A applied for a freezing injunction last October, Campbell ‘wrote directly to the court’ claiming that ‘the reason that [the sums] had not been paid was because of practical difficulties in instructing the bank’, the tribunal heard.

Collis said, however, that only £5.16 remained in the client account at that time and Campbell ‘must have known’ that there were insufficient funds to pay the sums owed to Client A.

Client B was ‘traumatised by the medical negligence that gave rise to the personal injury award in the first place’, Collis said, and the misappropriation of her settlement had caused her ‘ongoing stress and anxiety’.

All the allegations against Campbell were found proven and she was struck off the roll 'effective today'.

Chair Edward Nally said: 'The tribunal were very offended by this case and the respondent's behaviour. We feel that the harm that has been occasioned by the conduct we have found proved was extreme.

'The treatment of two lay clients was extraordinarily bad and we believe that, coupled with misleading and deception on the part of the respondent towards the clients themselves, the regulator and the court, was frankly quite extraordinary.'

Campbell was also ordered to pay £25,114.40 in costs, although the tribunal heard that the SRA would likely be in a 'line of creditors seeking to recover funds from the respondent' as a bankruptcy order was made against her in March.