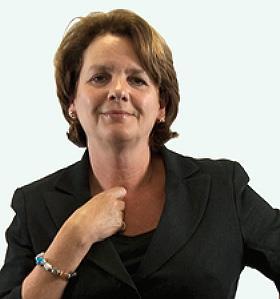 The Gazette is sorry to report the death of our former publisher Libby Child, an inspirational leader who during her five years at the Law Society was largely responsible for the Gazette’s evolution from print to a daily online publication. Libby died peacefully after a long illness which cruelly curtailed her retirement.

Libby started out in publishing at a school of hard knocks: the classified advertising department of The Times. She had a fund of anecdotes about surviving the male-dominated hot-metal print era. She later moved to roles in the business press, eventually becoming publisher of The Lawyer weekly while seeing her children through school.

She joined the Gazette in 2012 when we offered a slightly tired-looking weekly print publication with a token website. Here she secured resources for a print redesign, an extra reporter and digital publishing manager and, most significantly, a daily emailed newsletter. This was launched in 2013 with an initial brief to cover at least two stories a day. It now runs considerably more, reaching more than 160,000 signed-up readers.

As a publisher, Libby showed a rare blend of commercial and editorial flair. She had firm ideas about what did and did not work, but with an absolute respect for editorial independence. She could also think outside the box: it is to her that we owe the idea of devoting an entire issue in August 2014 to commemorating solicitors who served in the Great War.

We also cherish memories of her team-building skills, including the fun quiz with chocolate-bar prizes which concluded every formal meeting.

Despite Libby's dedication to her work, she was always emphatic that family came first. Colleagues going through difficult times - to which she was no stranger - could count on her support. It is to her own family we now reserve our deepest sympathy.