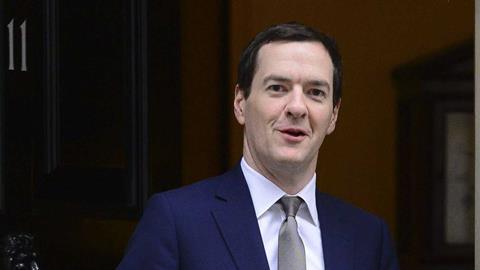 Devil in the detail of autumn statement

The politics had the big headlines but, as ever with an autumn statement from the chancellor, it is sometimes the detail that is worthy of more attention.

Law firms typically have staff costs as their largest profit-and-loss expense, and so changes to the tax regime applying to some employment expenses are important.

The headline many will have picked up on is the apprenticeship levy to apply from 6 April 2017. This is, in effect, simply an increased employment cost calculated at 0.5% of a firm’s payroll. The first £15,000 of charge is being exempted, and so the levy will only apply to employment costs in excess of £3m per year.

What firms may have overlooked is the proposal to deny tax-free home-to-work travel cost reimbursement for those who are employed through an intermediary. It is intended that this is to be effective from 6 April 2016, with legislation being published this month. The targets are individuals engaged by firms through a personal service company or other intermediaries, who currently claim that they work at a succession of temporary workplaces, or that their home is their work base, meaning that travel to the office is business travel rather than home-to-work travel.

There are a couple of areas where firms could themselves be caught out by the changes. Included is a potential transfer of PAYE debt provision where expenses are paid tax free post April 2016, where the firm engages an intermediary and the intermediary does not operate the new rules.

Firms who second staff to a client may face the same issue even where a service company is not involved.

So firms are going to need to analyse the legislation when it comes out, along with the specifics of each secondment, to ensure they are not caught out by these new travel and subsistence rules.

Firms will no doubt be reviewing the rationale for their service company in the spring anyway.  The increased rates of tax on dividend income from 6 April 2016 mean that it may no longer be tax-efficient to employ staff through a service company from that date.

On Gift Aid rules it is unhelpful that the chancellor has not taken up the OTS (Office of Tax Simplification) request for Gift Aid procedures to be made more straightforward for firms. The OTS, in undertaking a review of partnership taxation, thought that there was scope for improvement in this area. Unfortunately, that review prompted HM Revenue & Customs to look again at its existing concessionary treatment for partnerships and LLPs.

At present HMRC allows one partner to sign a Gift Aid declaration on behalf of all partners. HMRC has concluded that this is contrary to the requirements of the Gift Aid legislation.

Therefore, from 6 April 2016, if a firm makes a donation to a qualifying charity, Gift Aid treatment will only apply if the Gift Aid declaration lists all partners, their individual share of the donation, their home address and is signed by each partner confirming that they are personally at least a basic rate taxpayer.

As announced earlier this year, the tax rules on pension scheme contributions and accumulated funds are changing on 6 April 2016. Partners are going to need to spend the Christmas break revisiting their long-term financial planning.

Investment in property is a classic alternative investment that partners make when they do not wish to invest further into their pension scheme. The fresh and surprising news for partners themselves will have been the additional 3% SDLT charge on second (or more) residential property acquisitions, thus catching the purchase of holiday homes, a mid-week flat or buy-to-let properties from 6 April 2016.

This year’s autumn statement returned to the previous tradition of being focused on government spending, rather than tax raising. However, there were still some important details it is crucial for firms to absorb, to prevent being caught out by the changes.