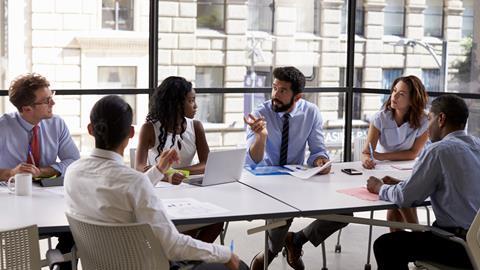 Inequality came into sharp focus in 2020. Covid-19 has shown the urgency of health inequality, and the killing of George Floyd sparked calls for racial justice.

Ethnicity pay gap reporting, although a small step, is a chance for businesses to understand their workforce better, and crucially, to analyse the specific barriers to entry and to progression for ethnic minority employees. Employees want increased transparency on pay and progression opportunities, and ethnicity pay gap reporting will give the indicators needed to better understand if and where the disparities may lie.

Ethnicity pay gap reporting is currently voluntary in the UK. There is a growing movement to change that, including a 2020 petition that received over 130,000 signatures. If businesses have to report on their ethnicity pay gap by law, what might the legal framework look like?

Hogan Lovells has collaborated with Business in the Community (BITC) on a guide that speaks about innovation in ethnicity pay gap reporting. The guide, led by the Hogan Lovells pro bono team, has a unique lens on this area: it is aimed at General Counsels, rather than solely the diversity & inclusion teams in an organisation. This is important because it anticipates a shift in attitude due to the cataclysmic events of the last year – diversity & inclusion, as with pro bono work, should be core business, rather than being seen in a supporting role.

Increasingly, Boards will be asked for statistics about diversity, and for in-depth details about what contributed to those calculations. There is an opportunity to create a response that is impactful and pro-active in driving equality in the workplace, by discussing how ethnicity pay gap reports can innovate, inform and catalyse change.

This report is a must read guide for all General Counsels who advise Boards on a regular basis. It looks at the legal considerations behind ethnicity pay gap reporting, in particular the data protection and employment concerns, that can become a perceived barrier to publishing these statistics.

In addition to debunking the legal myths that may prevent organisations from publishing their reports, the guide analyses the anatomy of a really powerful ethnicity pay gap report. It is possible to innovate beyond the obligations that have been in place for gender pay gap reporting since April 2017, and the guide explores how.

There is no mandatory way to publish an ethnicity pay gap report. The guide is designed to start a crucial conversation about how to innovate in an area of policy and law that is in flux.

Hogan Lovells spoke with a number of signatories of BITC’s Race at Work Charter – a group of over 620 organisations that has committed to capturing ethnicity data and publicising progress, as well as taking action that supports ethnic minority career progression.

The BITC Race at Work 2018 survey asked questions of employees about whether ethnicity data and pay information is being captured by employers, and Race at Work 2021, open until the end of June, asks the same question. The results are unlikely to be an overwhelming yes, as we await government’s response to the consultation, and implementation of mandatory ethnicity pay gap reporting.

A number of the Race at Work Charter signatories have published their ethnicity pay gap voluntarily, and we asked how they approached their reports. For some, this meant navigating the tipping point between too many statistics, and a report that provides the most accurate picture of the workforce. Others discussed approaches to intersectionality, or how to encourage employees to voluntarily disclose their ethnicity. One key question is how to create an action plan to close the pay gap. This is currently not legally required of organisations reporting on their gender pay gap, but it is vital to committing to, and remaining accountable for, change.

A key priority for Hogan Lovells is the recruitment, retention and progression of ethnic minority talent. We are committed to increasing representation at all levels in the firm to support achievement of our goal of 15% ethnic minority partners globally (UK and U.S.) by 2025. We report our ethnicity pay gap, which we have done since 2018, as we recognise the importance of transparency around our data. Understanding whether there is a gap, the size of that gap and the reasons for it were essential for us in developing an action plan to address the issues. That plan aims to reduce the pay gap that results from the under-representation of ethnic minorities at senior levels within the firm.

An ethnicity pay gap report alone is not enough. Addressing inequality at work starts with recruitment, and we have innovated with graduate recruitment methods such as contextual recruitment, our Ladder to Law programme and our work with Aspiring Solicitors. Employee engagement and co-creation is also key. Our REAHL employee network focusses on retention, progression and inclusion in order to support the firm in achieving its aim to improve representation of ethnic minorities in senior roles.

Ultimately, with this guide comes a recognition that ethnicity pay gap reporting is only one piece of the puzzle. When gender pay gap reporting became mandatory for many UK businesses, gender-based discrimination was not eradicated. However, greater transparency can lead to greater accountability. Publishing ethnicity pay gap data may not end discrimination based on ethnicity, but it will help identify current inequalities and empower employers to take active steps to address them.