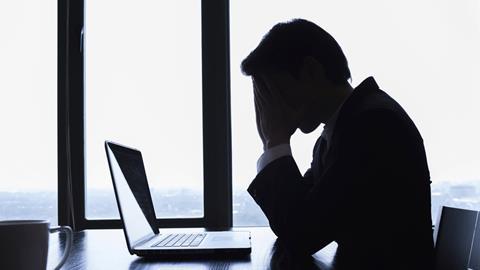 The cost of corporate culture

A culture of mutual support in law firms seems to have disintegrated. What’s happened?

This year’s Best Workplaces Survey commends a total of 100 businesses but just one law firm. And it seems the bad news does not stop there.

According to figures reported by the Law Society in June last year, around 95% of solicitors said they were stressed, with 16% saying that stress levels were ‘extreme’. Most worrying, perhaps, is that advisory and support service, LawCare, reports that work pressures are so intense that around 20% of lawyers become ill as a result.

An outsider may well be baffled by these statistics. After all, law is seen as an enviable career, law firms are traditionally owned by the partners and run for their mutual benefit and the practice of law is as academically rewarding as it is stimulating. Surely?

As a director of dispersed firm Keystone Law, it has long been my ambition to help lawyers regain control of their careers and achieve the perfect equilibrium between work and personal life. We undertook our own research as to why so many seemingly contented individuals (junior and equity partners in well-known firms) had applied to Keystone Law.

The results were shocking.

Some 96% said the culture of presenteeism and office politics drove them out of their firm, whilst more than 60% also cited oppressive billing targets as a key factor.

To highlight this we commissioned an installation at Liverpool Street station, featuring a frazzled ‘lawyer’ (actually an actor), locked in a prison-like office, working long hours with little or no work/life balance. The installation received much media attention, including features in The Times and the Evening Standard. It was also seen by many of the 1.5 million commuters passing through the station – and more on social media platforms, particularly on Twitter where photos of the installation were keenly passed around.

One such person was John Flood, McCann Fitzgerald Professor of international law and business at University College Dublin, (who is also, ironically, academic mentor at part-virtual legal educator Law Without Walls), who felt moved to blog on the subject of lawyers’ dwindling wellbeing.

John and I agree that law firms seem to have forgotten that all firms started out as a coming together of several senior lawyers with a desire to work in partnership and to achieve more than any one of them could do alone. That culture of mutual support seems to have disintegrated and many lawyers are now ruled by billing targets, constantly short of time and under threat of de-equitation/being pushed out.

In my view, this cultural shift is the root cause of workplace stress for lawyers and similarly has led to a marked decrease in the satisfaction they take from their work. The installation was intended as a rallying call to stressed lawyers that they should not feel as if they were practising in a cage, rather they should be looking to set themselves free.

Lawyers of all levels should be capable of working together with two common goals: the first and most obvious is to achieve the client’s objectives, but the second is all too often forgotten. Firms should exist to support their members.

It would be a sad day, then, for the legal profession if this view became heretical.

Gazette readers are invited to try out Keystone’s lifestyle calculator here, and measure how good their work/life balance is.