A blow for the SFO on mutual legal assistance

In February the Supreme Court handed down judgment in R (on the application of KBR, Inc) v Director of the Serious Fraud Office, in which it unanimously reversed a 2018 High Court ruling on the territorial scope of section 2(3) of the Criminal Justice Act 1987. Section 2(3) empowers the SFO director to issue a notice requiring the production of documents relevant to SFO investigations under threat of criminal prosecution (a section 2 notice). The court held that section 2(3) does not empower the SFO to compel foreign companies to produce documents located outside the UK. 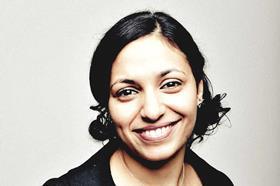 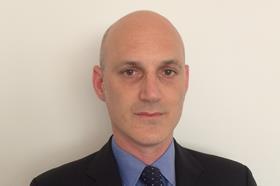 The decision has been seen as a body blow to the SFO’s position as a global enforcement agency at a time when investigations almost always involve an international element. Coming on the heels of the UK’s exit from the European Union, the decision serves to further compound the challenges already facing the SFO in the conduct of cross-border investigations post-Brexit.

US-incorporated KBR, Inc sought to challenge the validity of a section 2 notice issued against it by the SFO for the production of documents in the context of a bribery and corruption investigation into one of its UK-registered subsidiaries. The Supreme Court took as its starting point the presumption that absent contrary intention, domestic legislation does not have extraterritorial effect. Consequently, KBR, Inc, being a wholly foreign company – neither registered nor carrying on business in the UK – fell outside the scope.

The fight against complex cross-border criminality requires investigative agility and adaptability and, as such, a reversion to the use of MLA arrangements poses problems for the SFO. As new lines of inquiry emerge, enforcement agencies relying on the cumbersome and slow MLA processes for evidence-gathering may find they cannot keep pace with investigative developments.

SFO cases increasingly span jurisdictions and it has become common to seek documents from overseas. Though MLA arrangements leave open the possibility of obtaining this evidence, they cannot replicate the expediency of section 2(3).

Parliament, in recognition of the overburdened nature of the MLA regime, has sought to remedy the problem, most recently by the introduction of the Crime (Overseas Production Orders) Act 2019. The 2019 act enables UK law enforcement agencies to obtain, on foot of a domestic court order (an OPO), electronic evidence held overseas by communication service providers outside the UK. Though successfully cutting out the delay inherent in awaiting the outcome of an MLA request, OPOs do not provide a complete answer to SFO woes. Critically, the 2019 act is limited in its application to those jurisdictions with which the UK has a designated international cooperation agreement and, to date, only one such agreement (between the UK and the US) has been designated. Even so, this concerns electronic evidence held by communication service providers, not companies such as those in KBR, Inc.

The timing of the Supreme Court’s decision, coming shortly after the provisions of the UK-EU Trade and Cooperation Agreement 2020 (TCA) came into force, presents its own difficulties. The TCA established a framework for UK-EU cooperation on criminal justice matters post-Brexit and the SFO must now grapple with the challenges posed by these changes while also adjusting to the diminution of one of its key evidence-gathering powers.

A shift to wholescale reliance on MLA arrangements at a time when the extent of the loosening of ties between UK and EU counterparts remains unclear, and the fact that the provisions of the TCA remain entirely untested, is regrettable. Though the full impact on UK-EU cooperation is not yet known, the loss of full access to important coordinating bodies like Europol and Eurojust has at a minimum left the UK, and as a consequence the SFO, at an arm’s length.

The decision in KBR, Inc is unquestionably a blow to SFO capabilities, but it is by no means fatal. The judgment does not affect the position of section 2 notices in respect of UK companies or companies with a sufficient UK ‘nexus’. Though protected from the threat of a section 2 notice, foreign companies are not insulated entirely from SFO investigations. MLA, despite its shortcomings, still affords the SFO evidence-gathering powers in cross-border matters. In the case of the US, the director has close ties to that jurisdiction and the SFO has at its disposal OPOs under the 2019 act. While cooperation with the EU remains uncertain, the position in which the SFO finds itself is not unique. All UK law enforcement agencies are facing similar uncertainty and more time is needed before conclusions on the new arrangements can be drawn.

Significantly, the SFO has shown itself time and again not to be limited to purely coercive measures. In the context of deferred prosecution agreements (DPAs), the SFO has had success in motivating corporates to cooperate with investigations voluntarily. The SFO’s Corporate Cooperation Guidance emphasises that cooperation going ‘above and beyond’ the requirements of the law remains highly relevant to both charging decisions and the conclusion of DPAs. The Supreme Court decision does not exist in a vacuum and it remains to be seen how foreign corporates will approach the decision of whether to offer cooperation in the knowledge that the SFO can no longer compel production.

Jasvinder Nakhwal and Nick Vamos are partners at Peters & Peters