A helpful hat-trick on DBAs

This year has provided clarification of the damages-based agreements (DBA) regime in England and Wales. This is a relief for claimant lawyers and litigation funders, many of whom have avoided DBAs due to concerns about (1) the interpretation of the 2013 DBA Regulations (the regulations), and (2) enforceability of DBA terms which seek to mitigate financial exposure. Efforts have been made to clarify the DBA regime, but the timeline for new or amended regulations is uncertain. 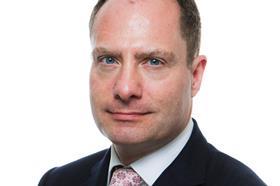 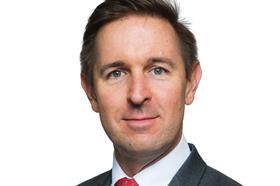 Three recent cases outline the court’s interpretation of the regime, including: (1) Tonstate, (2) UK Trucks, and (3) Lexlaw. The judgments confirm:

1. DBAs are not available to defendants without prospect of recovering sums from opponents;

2. litigation funding agreements do not constitute DBAs; and

3. representatives are permitted to charge time costs upon early termination of DBAs.

Although these decisions provide reassurance, uncertainty regarding the interpretation of the regulations remains.

This High Court judgment on 30 April arises from litigation regarding sums extracted from the Tonstate Group. At the end, the defendant had managed to preserve his ownership of a portion of shares in Tonstate.

The court considered D’s solicitors’ application for the grant of an equitable charge over the shares under the Solicitors Act 1973 and pursuant to their DBA with D. They argued that, although D had been ordered by the court to pay at least £13m in the litigation and did not recover anything from the other parties, he retained the shares, which should fall within the DBA’s definition of proceeds. The claimants argued the charge was not permitted under the terms of the DBA and would, if it were, render the DBA unenforceable as a result of the Courts and Legal Services Act (CLSA) 1990 and the regulations.

The court found that any DBA payments to D’s solicitors depended on something being recovered by D from the other party.  D’s ownership of the shares predated the proceedings (and did not derive from them). For this reason, the court held that D’s solicitors were not entitled to the charge under the terms of the DBA, clarifying that DBAs are not available to defendants with no counterclaim (a party must recover something from the other side, not just retain something).

This Court of Appeal judgment on 5 March relates to an application for a collective proceedings order before the Competition Appeal Tribunal (CAT). The DAF parties (defendants in the proceedings) argued that the proposed claimant representatives’ funding agreements constituted DBAs governed by the DBA regime and were unenforceable. The CAT decided the issue in favour of the claimants. On appeal, the DAF parties pointed to references to ‘representatives’ in the CLSA which include those providing ‘claims management services’. Furthermore, these services are defined to include ‘the provision of financial services or assistance’, a term imported into the CLSA from the Compensation Act 1986 (the definition later cross-referred to the Financial Services and Markets Act 2000, which is substantively similar).

The court held that section 58B of the CLSA had been introduced to enable litigation funding to be regulated (albeit no regulations have been introduced). It therefore held that parliament intended the litigation funding sector to be regulated by section 58B, rather than via the strained construction of the reference to ‘claims management services’ in the CLSA. It also held that the reference to financial assistance referred to those managing the claim; and funders, particularly those subscribing to the ALF Code of Conduct, should be funding not managing it. A decision to the contrary would have rendered nearly all litigation funding agreements unenforceable under the regulations.

This Court of Appeal judgment on 15 January relates to a DBA between Lexlaw and its client, Mrs Zuberi. The court revisited the regulations which state that any payments beyond those specified (including a maximum of 50% of amounts recovered from the other party in proceedings, plus expenses) would render the DBA unenforceable.

Under the terms of the DBA, Lexlaw was entitled to 12% of Zuberi’s recoveries plus expenses upon success. The DBA also required Zuberi to pay Lexlaw’s time costs if the DBA was terminated early. Despite the DBA not being terminated early, Zuberi argued that the DBA was unenforceable due to the ‘early termination’ clause. In the judgment, the majority agreed that the meaning of ‘DBA’ should be interpreted narrowly: where a DBA contains provisions relating to (i) payment out of recoveries, as well as (ii) other non-related provisions around payment of the representative, then the regulations would only be deemed to apply to (i).

This helpful hat-trick of judgments clarifies ‘grey’ areas in the DBA regime, but uncertainty remains. As pointed out by Lord Justice Newey (in his Lexlaw dissenting judgment), the potential ‘mischief’ which the regulations should prevent (representatives taking a percentage payment and time costs under a DBA) was not fully resolved by the Court of Appeal’s Lexlaw decision.

On one view, ‘carving-up’ DBAs into regulated and non-regulated sections preserves freedom of contract. However, given that DBAs are increasingly used for groups of consumer claimants, we consider it still necessary to update the regulations: both to protect unwary claimants from agreeing to unfavourable terms and make them clearer for claimant representatives to implement.