A missed opportunity to revisit reform

The government review of part 1 of the Legal Aid, Sentencing and Punishment of Offenders Act 2012 has rightly received more attention than the Part 2 review. Like the former, however, the Part 2 review looks like a missed opportunity. 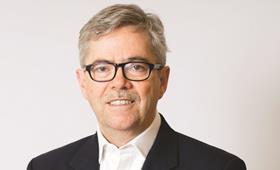 Part 1 dealt with the scope of legal aid, eligibility and remuneration. While the profession did not convince the government of all its arguments, ministers were persuaded to spend more to improve the system rather than impose cuts. The review was comprehensive, but continuing debate is required on elements such as the means test thresholds and remuneration.

Civil justice has been in constant revolution for 30 years, with studies in the 1980s and 1990s leading to the 1998 Woolf Reforms and the changes that followed. Like Woolf, Jackson LJ became caught up in wider reforms of civil justice aimed at cutting the cost of legal aid. In Woolf’s case, this came in the form of the withdrawal of legal aid for personal injury (PI) claims. The counterbalance for that withdrawal was the endorsement of conditional fee agreements (CFAs) and provision for the recovery of success fees and the costs of insurance cover for potential adverse costs. I recall the amazement of members of the first Civil Procedure Rule Committee, on which I (and in due course Rupert Jackson) sat, when we were asked to legislate for these changes.

These were, in part, the twin evils that Jackson addressed, but he too became caught up in legal aid politics, with the combination of his reforms and LASPO.

Jackson’s report opined on nine core subjects, five of which are in the Part 2 review:

3. the introduction of damages-based agreements (DBAs);

In considering these subjects the government applies five objectives:

1. Reducing the costs of civil litigation;

Recoverability of both CFA success fees and ATE premiums was at the heart of changes accompanying the Woolf reforms. Jackson was critical of the principle of recovery. ATE and success fees, he posited, are methods of financing litigation and should not be recoverable in principle as reasonable costs incurred by the litigating party. Jackson also commented on the potential costs. Contingent ATE premiums can be particularly high. Jackson talked of the ‘chilling effect’ of these costs. He determined that these costs not only raised costs of litigation but were detrimental to the principle of defendants’ access to justice.  While rejecting the claimant bar argument that recoveries were necessary to ensure claimant access, Jackson proffered assistance to PI claimants in the form of qualified one-way costs shifting (QOCS) – thus obviating the need for ATE.

Unsurprisingly, the government concluded in its review (with a nod towards the insurance industry) that the combination of the removal of recoveries and QOCS have reduced the costs of litigation with a limited effect on claimant recoveries. The review provides a dataset to support this view, but data in this area is difficult to assess: solicitors have tended to be poor at retaining a dataset and do not readily volunteer what they have. Data can thus be anecdotal.

Since QOCS was introduced, many have suggested its scope should be expanded to include (for instance) housing repair and actions against the police. The review sets out areas for discussion but makes no suggestion of action. We could expect some reform but this will require consultation and, as the review suggests, there are strident views on both sides.

The introduction of DBAs, initially to employment claims, was a welcome addition. Practitioners have always thought it ironic that unregulated litigation funders could work on a US-style contingency fee but the regulated profession could not.

Jackson was in favour of widening the scope of DBAs. The government did so, but unfortunately with regulations that took one step forward and two steps back. Practitioners found the regulations unfit for purpose and they have rarely been used.

The Civil Justice Council undertook work on righting the wrongs and extending the nature of DBAs and their use with other methods of finance. The government took no steps in response, returning to the theme in the review and suggesting that they will now review the regulations. They line up against the combination of DBAs with other methods of finance, despite pressure from commercial practitioners including the London Solicitors Litigation Association.  Even if there are regulatory changes, DBAs are likely to remain rare; many will regard this as an opportunity missed.

Jackson sought to make the Part 36 process more persuasive. The government accepted his view and in any event needed to reduce into rule the reversal of the effect of Carver v BAA.  In addition, the government increased in statute the penalty faced by a losing defendant on not beating a claimant’s offer.   The review proposed no changes, partly because the profession is thoroughly tired of changes to Part 36 that have made it a more complex instrument.

Jackson considered referral fees abhorrent. He concluded they were simply adding to cost and called for a ban. The government agreed, but banned them only for PI. The review suggested that the effect has been limited because other methods of payment are used to avoid the ban. No proposals were made, however, and the ban continues.

As with Part 1, the Part 2 review is comprehensive but feels like an exercise of justification for doing nothing.  It was easy to predict what would be said on most subjects, but there are two areas where we might have expected a little more: the extension of QOCS to other areas such as housing repair and the development of DBAs to make them work.