A need for pragmatism post-Brexit

In the countdown to Brexit it was unclear what the extradition arrangements between the UK and EU would look like on 1 January 2021. However, concerns of a no-deal scenario evaporated when the UK and EU finally agreed the Trade and Cooperation Agreement (TCA). Part Three of the TCA covers ‘law enforcement and judicial cooperation in criminal matters’. Extradition or ‘surrender arrangements’ are set out at Title VII. This arrangement replaces the Framework Decision 2002/584/JHA (FD) on the European Arrest Warrant (EAW). The European Union (Future Relationship) Act 2020 (EUFRA) amends the Extradition Act 2003 (EA 2003) to take account of these changes. 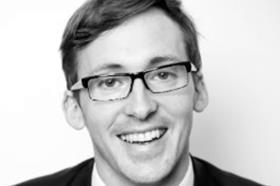 While there is no reference in the TCA to ‘mutual trust’ as under the FD, cooperation between the UK and EU is based on ‘the parties’ and member states’ longstanding respect for democracy, the rule of law and the protection of fundamental rights and freedoms of individuals, including as set out in the Universal Declaration of Human Rights and in the European Convention on Human Rights’ (Title VII, Article LAW GEN 3).

The Administrative Court dismissed this challenge on the basis that the correct starting point was to look at EA 2003 and the domestic law that had modified it, and not the FD, or any other EU law or unincorporated international agreement.

Positively, proportionality consideration should now apply to both accusation cases and conviction cases. This may see a reduction of some of the more questionable extradition requests. The wording of Article 77 also points to a focus on less coercive measures (already part of domestic legislation under section 21B EA 2003 since 2014).

All parties will benefit from pursuing pragmatic solutions to extradition requests from the EU. As demonstrated through the pandemic, the use of virtual interviews at the police station and full hearings via video link are now common. In certain extradition cases, these tools would be of benefit to all parties in order to expedite progress.

Criticism of the agreement

The main concern surrounding the TCA is the loss of access to the Schengen Information System II (SIS II), a law enforcement and judicial database shared between the EU27, Norway, Iceland, Switzerland and Lichtenstein. Before the new agreement, SIS II allowed UK law enforcement and security officials access to real-time information from those states.

The home secretary has expressed confidence that the UK is safer out of the EU, but senior law enforcement and security figures have expressed concerns about the loss of access to real-time data, and the impact on tackling terrorism and organised crime. Fortunately, there is still provision under the TCA for sharing data and cooperation. We will only understand the full impact in due course, but the loss of SIS II is significant when considering that in 2020 UK law enforcement accessed the system over 600 million times.

Brexit did not eliminate the ongoing threats to the UK from terrorism, financial crime and organised cross-border criminal activity. Cooperation remains essential.

Surrender arrangements between the UK and EU under the TCA look very familiar to the extradition arrangements under the EAW FD. Any impact on the number of requests will become clearer over the coming months. What has not changed is that past mistakes will continue to follow some foreign nationals who have established themselves in the UK. There will remain the necessity to challenge situations where the fundamental rights of those individuals are at risk.

Chris Stevens is an extradition solicitor at Gherson, London