An argument for reforming the Court of Appeal

Today, it is now widely accepted that the criminal justice system in this country is, to use the words of Mark George QC, facing a ‘perfect storm’. Overzealous governments have produced legislation by the bucketload aimed exclusively at increasing the conviction rate while simultaneously and savagely destroying the court service, the CPS, the police and the legal aid system. This has led to prisons being full to breaking point. As Polly Toynbee recently said in the Guardian: ‘The tottering edifice is only kept going by the super human goodwill of the dwindling members operating within it.’ 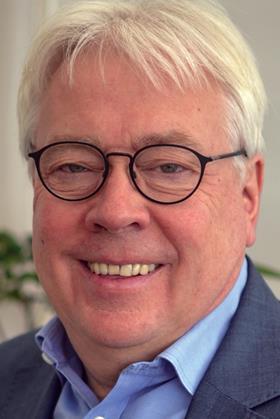 Over a period of a few years the criminal justice system has been systematically devalued and the once robust and independent structure which valued human rights and the rule of law is rapidly being destroyed. In the last seven years, the Ministry of Justice’s budget has been cut by 38% – the deepest cuts of any government department. This is unsustainable when all involved are required to do more for less. Former director of public prosecutions Lord Macdonald waded in recently by graphically describing the system we are left with as demoralised, denuded and chronically malnourished.

In 2017, a group of parliamentarians established the All Party Parliamentary Group on Miscarriages of Justice (APPGMJ). During its first two years, it has grown in strength and expertise and has been very busy and held many events. But of most significance, the APPGMJ has established a Westminster Commission on Miscarriages of Justice (WCMJ) with a brief to investigate the ability of the criminal justice system to identify and rectify miscarriages of justice. Following the model of a select committee this commission has as its co-chairs, Baroness Stern, president of the Association of Members of Independent Monitoring Boards, and Lord Garnier QC, a former solicitor general. They have been joined by Dame Anne Owers, former chief inspector of prisons; Michelle Nelson QC, barrister; Dr Philip Joseph, consultant forensic psychiatrist; and Erwin James, editor-in-chief of the prisoners’ newspaper Inside Time. I act as the commission’s special adviser and it has been fortunate to receive generous support from Simpson Thacher and Garden Court Chambers.

So far, the commission has heard evidence from Helen Pitcher, chair of the Criminal Cases Review Commission, and its chief executive, Karen Kneller. It has also heard from Gerard Sinclair and Chris Reddick, representing the Scottish CCRC. They were able to provide valuable insight into the Scottish approach to dealing with alleged miscarriages of justice, which applies a different test when deciding whether to refer a case to the Scottish Court of Appeal. Many regard this test as less subjective than the ‘real possibility’ test which is applied in England and Wales, and which Pitcher and Kneller said they would welcome the commission looking at to consider whether it should be modified. The WCMJ has also heard from specialist QCs, academics, and experienced appeal solicitors, with further evidence sessions currently being organised.

The commission has also received a large number of written submissions from lawyers, academics, investigative reporters, charities, prisoners and their families. Concerns raised include the failure of the CCRC to carry out proper reviews or engage experts, the problems that arise from the ‘real possibility’ test, the lack of funding available for legal representation when applying to the CCRC, and failures elsewhere in the criminal justice process. Those who have direct experience of applying to the CCRC have also been encouraged to share their experiences by completing a questionnaire.

To date perhaps the most powerful evidence received by the commission has come from Dr Dennis Eady, of Cardiff University’s Innocence Project. Eady pointed out that the CCRC’s referral rate had plummeted over the last three years – down from a 20-year average of over 30 to just 13 last year. Eady said that a referral rate of about 1% of the total number of applications represented a ‘snowball’s chance in hell’. He went on to say that he believes that things have got so bad and so serious that there is a greater need now for a royal commission than there was in the 1990s.

Reform the Court of Appeal?

Eady was also understandably concerned that the WCMJ might make a few recommendations for the CCRC to be ‘a bit bolder’ as the Justice Select Committee did in 2015.

‘There is a danger we might mess around on the periphery of things which might make them better for a little while, but I think essentially we’ve got to be more radical in the approach we take’, he said. ‘We’ve lowered the standard of proof consistently, we’ve knocked out due process safeguards, and we’ve become a much more convictionalist kind of society. We’ve had moral panics around sex offences and joint enterprise and that has got lower and lower and lower in terms of convicting people. At the other end, as we have heard, the Court of Appeal’s bar has got higher and higher and higher. The CCRC is stuck between a rock and a hard place.’

Eady suggested it was high time to reform the Court of Appeal and allow the CCRC to have more power and the ability to quash convictions.

Whether this will form part of the recommendations to be made by the Westminster commission remains to be seen. Many feel that, sadly, the topic of miscarriages of justice is not given the priority that it deserves by those in power. There is obviously a great deal to be done and it is fair to say that the commission is determined to complete its task as soon as possible, and provide robust and practical recommendations for reform that will hopefully go some way to restore faith in the system.