The problem of dementia among professional athletes has been bubbling away for years. Recently, we have seen a surge in medical research and litigation claims, propelling this subject to the forefront. This is no longer a situation contained within individual sports, but instead a ticking time bomb for a global industry that entertains and provides livelihoods for so many. So why are there still so many issues, and how are the current rules failing athletes? 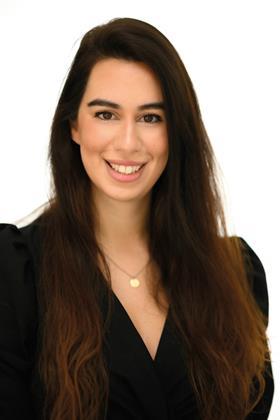 Each sport has its own problems, but football and rugby are regularly thrust into the spotlight. Both sports display a high incidence of former professionals being diagnosed with neurodegenerative disease. While it is accepted that conditions like dementia and Alzheimer’s affect the general population, these mainly occur in those 65 and above. When diagnoses are made at much younger ages, and at such high rates among a connected cohort of people, there is clearly an issue.

Consider this: dementia was diagnosed in five of the 11 who started football’s 1966 World Cup final for England, with four players already dead. A 2019 study found that professional footballers were over three times more at risk of neurodegenerative disease than the general public. At least two coroners have linked the deaths of former footballers, who died of neurodegenerative disease, with the sport – the first inquest hearing dating back to 2002.

In rugby union, around 20 former professional players initiated personal injury cases against World Rugby, the Rugby Football Union and the Welsh Rugby Union last year. Among them are a number of players who received diagnoses of early onset-dementia as young as in their 40s, meaning that within years they are likely to decline and have substantial care needs.

Perhaps more shocking than these statistics is that much of the above has been known about, yet hardly anything has been done to make sports safer and provide assistance to those injured through employment.

Neither football nor rugby have taken persuasive steps to update their rules to incorporate the damning data of brain injury.

In football, last year saw the trial of permanent concussion substitutes in the Premier League, FA Cup, Women’s Super League, Women’s Championship and Women’s FA Cup. This sounds great, but was actually the opposite of what most brain injury campaigners had sought, which was for temporary concussion substitutes – aimed at encouraging more players to be assessed, as it would not have triggered an automatic exclusion for the remainder of the game. In July 2021, the FA announced new guidelines recommending a maximum of 10 ‘higher force headers’ in any training week. Again, this sounds great, as headers during training are thought to be a culprit in contributing to the risk of neurodegenerative disease – but what weight do these guidelines really hold? Will anyone actually be monitoring or enforcing them, and is there any penalty for ignoring them?

In comparison, rugby union has more robust head injury protocols; however, these are still inadequate. Head injury campaigners want to see limits on contact during training and changes to the tackling techniques to mitigate the known risk of brain injury. In response, World Rugby announced new guidelines in September 2021 to limit full-contact training . However, this was dampened by the admission that the guidelines would not be mandatory. Much like in football, what weight will these guidelines actually hold?

A pattern has emerged of sports adopting guidelines which seem to go to the root of the problem, but stop short of making them mandatory or enforceable. It is difficult not to be cynical about what real improvements they will make in safeguarding players and defending sporting bodies from legal action.

It also sheds light on another problematic area: sports have been left to self-regulate. Self-regulation has made it easy for sports to get away with keeping the status quo, despite rising concerns and mounting evidence of likely preventable injuries.

Until there is proper regulation, to update the inadequate protocols and impose and govern those rules, change will likely happen slowly, if at all. The reality is that this comes at the expense of the newer generation, who will either be put off pursuing their chosen career or risk suffering preventable injuries, as well as sports in general, which should be concerned about leaving themselves wide open for an own-goal in legal action against them.

Sadly, the above has left athletes following in the steps of their NFL counterparts and heading for litigation. For many, this is likely to have been their last recourse and as a direct need for money to meet the needs of their injuries. While there has been an ongoing campaign to have dementia listed as an industrial disease in football, thus allowing better access to funds, this has not happened. In fact, no such similar ‘no fault’ scheme exists in any other sport. Many athletes I have spoken to are angry and disappointed at their former employers’ total disregard in providing financial after-care for their injuries and in adapting the game to prevent future injuries.

Litigation is never easy, and these claims will not be straightforward for either side. Aside from having to prove that existing protocols breached a duty of care and linking injuries to breaches of duty as opposed to those that would have occurred in any event, question marks remain over identifying who the relevant defendants are (especially where players played in several teams), limitation and consent. I wonder how many athletes would have undertaken litigation had their former employees taken their concerns seriously and sought to improve safety in the sport, or had there been an alternative option open to them for funding.

It is a dire time for sport when fans in the stands receive better medical attention than athletes who spend years risking their health. You only have to look to the $765m settlement that the NFL paid to know that this is not a problem to ignore. Change is overdue.