Breaking down stereotypes in professional writing

How to avoid gendered language

The legal profession is making progress on improving gender balance and representation at all levels, but there is still some way to go. Women now make up the majority of all solicitors on the roll, but in 2017 accounted for only 33% of partners, dropping to just 20% at the top 50 firms. There are many things that individuals, firms and the profession can do to improve this, and one of these is a careful use of language. 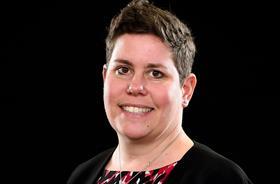 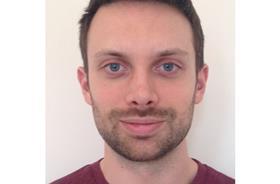 No one needs to convince a solicitor of the power of language. We have all read judgments which turn on the parties’ choice of words and their tone and implication. Reading between the lines is as much a part of interpretation as reading the lines themselves.

This article looks at one particular form of language, namely 'gendered language'; what it is, why it should be avoided, and practical steps you and your firm can take to join the revolution.

What is gendered language?

When writing a letter to a company it has historically been traditional to use the salutation 'Dear Sirs', regardless of the gender composition of the company in question. Dear Sirs is a particular example of gendered language. Other examples include using male pronouns in a contract, for example 'The Expert may determine any matter referred to him', and using male nouns such as 'chairman'.

Gendered language can be found in all legal drafting. Today, this may not always be a conscious choice on the part of the writer, but a hangover from a time when men were the only ones allowed to participate in the business world, when 'Dear Sirs', 'chairman' and references to male shareholders were accurate. Nowadays gendered language has not only become factually inaccurate due to a much more diverse business environment, it is also increasingly considered discriminatory and exclusive.

Why should gendered language be avoided?

There is a wealth of peer-reviewed academic research that shows gendered language contributes in a small but demonstrable way to gender inequality in society. The reason is predictable. If a contract describes the 'Expert' using male language, then the reader might naturally expect the Expert to be a man. When it comes to actually appointing the Expert, they might be more likely to choose a man as this could seem like a more natural fit.

The effect is subtle but pernicious. Without realising it, the draftsperson may be contributing to perpetuating gender inequality!

The UK government recognised this in 2007 and since then it has been government policy that primary legislation should be drafted in a gender neutral way, so far as it is practicable to do so.

Indeed, one of the principles in the SRA’s Code of Conduct states that solicitors should run their business or carry out their role 'in a way that encourages equality of opportunity and respect for diversity' and we have an obligation to 'provide services to clients in a way that respects diversity'.

You probably thought the word 'draftsperson' above sounded odd – you were probably expecting the more common 'draftsman'. This shows how embedded gendered language is. Changing to a gender neutral style of drafting is not difficult but it does require a conscious decision to change your usual style.

The Office of the Parliamentary Counsel has produced an excellent guide on legal drafting which covers many areas, including the use of gender neutral language. Some of the top tips include:

Getting your firm on board

No person is an island, and changing to a gender neutral style of drafting will be easier if you have support around you. These are our top tips for changing the culture at your firm:

1. Approach the person or committee (PSLs, PAs, knowledge management team) responsible for managing your 'house style' and ask them to include tips on gender neutral drafting as part of the style.

2. Include a note about your house style in new joiner inductions and include an example of gender neutral drafting in the induction materials.

3. Approach the person or committee (PSLs, knowledge management team) responsible for keeping your template documents up-to-date and ask them to do a quick check for gendered language next time they update each document.

4. Approach some partners to get them on board with the proposed approach.

6. Become senior partner yourself and rule by decree!