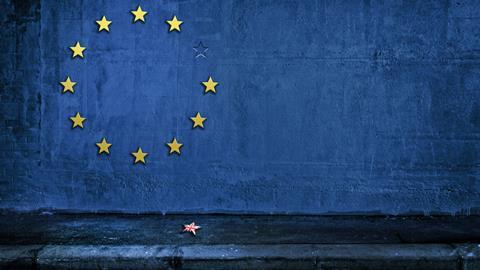 Brexit: Exercise of soft power by the UK through sanctions

As an instrument of foreign policy, economic sanctions have become the preferred choice for many countries to exercise their political will over other nation states. Their use has increased over the past 20 years, which is not surprising given the lessons learnt from various military interventions in the Middle East.

The imposition of unilateral sanctions by one country over another usually has only a limited effect in achieving foreign policy goals. Although sanctions invariably take time to have a measurable impact that might change behaviour, they tend to be much more effective when implemented by a number of countries acting simultaneously in a coordinated way. Such collective efforts can then restrict the sanctioned country in terms of its capacity to sell goods and commodities or to procure certain goods and services – both of which can encourage changes in behaviour.

The EU currently has over 40 different sanctions regimes in place. According to the European Commission, restrictive measures (sanctions) are an essential tool in the EU’s common foreign and security policy (CFSP), through which the EU can intervene where necessary to prevent conflict, or respond to emerging or current crises. The Commission states that ‘in spite of their colloquial name ‘sanctions’, EU restrictive measures are not punitive. They are intended to bring about a change in policy or activity by targeting non-EU countries, as well as entities and individuals, responsible for the malign behaviour at stake.’

EU sanctions can target governments of non-EU countries because of their policies, as well as companies, groups or organisations such as terrorists, or individuals supporting the targeted policies through the following measures: arms embargoes, restrictions on admission (travel bans), asset freezes, and other economic measures such as restrictions on imports and exports.

Prior to Brexit, the United Kingdom was a key player in the CFSP, together with France and Germany, in formulating sanctions policies at an EU-wide level. Once adopted by the European Council, these policies applied across all EU member states.

The close relationship which the UK has long enjoyed with the United States, both historically and currently the most prominent implementer of sanctions, also put the UK in an ideal position to co-ordinate US and EU sanctions policy at a European Level.

But post Brexit, things have changed and will continue to do so. Despite the trade deal agreed last December, considerable uncertainty remains in several areas concerning Britain’s future relationship with the EU. Certainty does, however, exist in relation to the EU sanctions regime: it no longer directly applies to the UK, which is now free to formulate and implement its own sanctions policies under powers granted by the Sanctions and Anti-Money Laundering Act 2018 (SAMLA). According to the UK government, this legislation ‘has enabled us to transition existing EU regimes into UK law and establish UK autonomous regimes.’

So how might autonomy over sanctions policy look in practice? Now a lone wolf on the world stage, it will be interesting to see if the UK continues to shadow EU sanctions policies (to which it can no longer contribute as a member of the EU), or intentionally diverges from them. The countries which are subject to sanctions may not be too concerned about them being imposed by the UK acting alone, given the size and scale of its economy. Whereas sanctions imposed by much bigger economies, such as the EU and US, would have much greater clout. There is, therefore, a question mark over whether the UK will be able to continue to exercise its soft power in world politics, just as it did as a big player in the European Union. Some commentators suggest that the UK’s role will diminish as it becomes a small global player, which will be forced to follow the lead of bigger actors such as the US or the EU.

There is uncertainty too over the issue of how much the UK will still be able to bear fruit from acting as an interlocutor between the US and EU. It will be interesting to see whether the UK is able to maintain this role or is side-lined by the US and the EU.

Ahead of Brexit, the UK government outlined an ambitious vision of its future sanctions policy. Speaking about the use of sanctions in human rights abuses, foreign secretary Dominic Raab said that as part of the UK’s role as a ‘good global citizen’, it would use its sanctions powers against ‘those who targeted journalists, whistle-blowers and human rights campaigners’.

It seems unlikely that UK sanctions will operate in isolation from other sanctions regimes since such an independent sanctions policy would be isolationist and unproductive. Arguably, it is self-evident that future UK sanctions regimes will have much greater legitimacy if they are widely implemented by a broad coalition of countries. Such a united approach would obviously have the greatest impact on the intended targets.

The US may see things through a slightly different prism. As with a range of other matters - economic, political and security-related - it may look instead towards France, Germany, or both, rather than the UK, to ensure that its foreign policy is coordinated with that of the European Union. Only time will tell just how Brexit will impact the UK’s wider role in world politics, especially as the impact of China and India becomes ever more prevalent.