Interpol was back in the news last month with the election of its new president. It is not the first time that Interpol has been subjected to a storm of controversy around its elected officials. Meng Hongwei’s disappearance in China while serving as Interpol’s president in 2018 is a prime example. 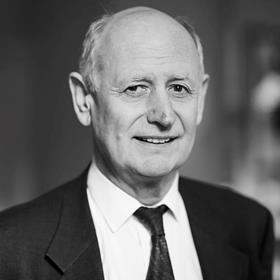 Interpol was set up in 1923 as the International Criminal Police Commission with 20 countries as founding members, headquartered in Vienna. The organisation was revived after the war and relocated to France. By 1956 its membership expanded dramatically, and a new constitution was introduced. Interpol’s role in international law enforcement is crucial in the tracking of serious criminals in an age of flourishing cross-border criminality. It has never been so easy to commit a crime at a safe distance from the scene or to flee from the scene of a crime.

However, over the past decade, there has been a steep increase in political crackdowns and Interpol is especially vulnerable to abuse. The use, or misuse, of international enforcement mechanisms by authoritarian regimes is nothing new. Issuing Red Notices or diffusions (notices between states) to pursue political opponents has become a favourite tool and a means to shake down successful businesspeople who attempt to resist state-empowered blackmailers.

More than 11,000 Red Notices were issued in 2020 compared with about 1,200 in 2000. Out of the approximately 66,370 valid Red Notices, only 7,669 are public. Russia, China and Turkey are high-volume users. Iran and India were cited in a 2019 report to the US Congress Helsinki Commission as being countries which ‘aggressively abuse the list for political purposes’. According to a recent Guardian article, states ‘seeking to manipulate Interpol is a feature of transnational repression, in which countries extend their reach overseas to silence or target adversaries’.

It is not only the big states taking action. Smaller states, such as Venezuela, Romania and Slovakia, also deploy Red Notices with little transparency and use Interpol as a means of singling out political opponents to hunt them down or capture the assets of wealthy targets.

Interpol argues that it is not within its mandate to ban states for using its services. It stated in its controversial decision to re-admit Syria to its data-sharing agreements in October that ‘Interpol is barred from taking any political positions under Article 3 of its Constitution’.

This may be true, but Interpol does not avoid political abuse, however much it would like to. Which is why the organisation introduced significant reforms in 2015-2017 to tighten up its oversight of Red Notices. To conform with data protection standards, it introduced procedures to allow accessibility, as well as more stringent safeguards, using open-source materials such as watch lists, or distinguishing between terrorism, political dissent and criminality. But when states go after lesser-known targets, where public due diligence is harder, Interpol might have reached the limits of what it can do.

That is why the complaints panel plays such an important role. There are two real opportunities to challenge the issue of a Red Notice: either as a pre-emptive approach if the likelihood of a notice is high; or following a successful challenge to an extradition hearing. If the courts reject the extradition request, the complaints panel will attach much less weight to the evidence brought by the country.

However, lawyers are still working blindfolded when they apply to the complaints panel. They do not have access to evidence brought against clients unless they had access to the evidential basis through an extradition hearings process. Interpol works on the principle that all information belongs to the country or the individual – and in turn, it won’t enforce disclosure.

The key to real reform might be through human rights law. Interpol historically considered the Universal Declaration of Human Rights but recently has onboarded human rights law quite visibly and is producing much more reasoned decisions. It rarely issues a Red Notice against those with refugee status, unless by mistake or under unusual circumstances. This is because the definition of a refugee is someone fleeing political persecution including the risk of prosecution.

Human rights law is being used in a novel context through Interpol. If extradition following a Red Notice is refused because the courts cannot prove criminality and detect political undertones, there is a case to be made for applying refugee status to Red Notice recipients. There is also an argument that when states publicly and repeatedly brand someone as a criminal, the presumption of innocence, a human right, is being violated.

Human rights might also be the leverage that democratic countries can use to reduce the abuse of the system. Not necessarily by banning authoritarian states from Interpol, which would lead them to become havens for criminals the world over, but by placing conditions on the organisation’s funding and introducing more parliamentary oversight of its work. The US House of Representatives walked this fine line by passing the bipartisan Transnational Repression Accountability and Prevention (TRAP) Act in September 2021 as part of the 2022 defence budget. It calls for dedicated funding to improve Interpol’s scrutiny of Red Notice abuses and now requires the US to ‘request to censure member countries that repeatedly abuse and misuse Interpol’s Red Notice and Red Diffusion mechanisms, including restricting the access of those countries to Interpol’s data and information systems’.

Interpol should be careful it does not send a message to its serial abusers that there is no reason to curtail their abuse of the system. It should signal that it will continue with its reforms. Democratic states should consider carefully how not to jeopardise the progress already made. If they withhold funding because of abuses of the system, Interpol would cease to be an organisation with international reach – and would lose its utility and purpose.

Steven Kay QC, head of 9 Bedford Row, is an international criminal barrister. He has established the Chambers’ Contact and Interpol desk with Gillian Higgins