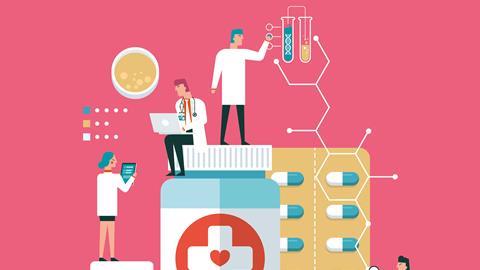 Can the CMA keep up its investigation momentum?

On 15 July, the Competition and Markets Authority (CMA) found that certain pharmaceutical companies had engaged in conduct, which saw a 10,000% increase in the price of hydrocortisone tablets. Then, on 29 July, the CMA issued an infringement decision in respect of liothyronine tablets, the cost of which went up by 6,000%. These are not the first findings by regulators concerning anti-competitive behaviour by pharmaceutical companies, and they are unlikely to be the last. Yet, unless egregious wrongdoing is uncovered, it seems unlikely that the CMA will be starting any investigations into misconduct in the pharmaceutical sector in the immediate future.

Decisions that pharmaceutical companies have breached competition law are neither rare nor infrequent.

In 2013, the Commission fined Johnson & Johnson and Novartis €16 million for delaying market entry of generic pain-killer fentanyl. In 2016, the CMA imposed fines totalling £90 million for excessive pricing of phenytoin sodium capsules, and it levelled fines of £45 million against companies that it found had acted to reduce competition in the supply of paroxetine.

In 2020, the Commission sanctioned Teva and Cephalon with a fine of €60.5 million for agreeing to delay the market entry of a cheaper generic version of modafinil.

This is not a comprehensive list of decisions finding that pharmaceutical companies have breached competition law. Nor should it be deemed as final: following a successful challenge, the CMA is revisiting part of its decision on phenytoin capsules.

Nevertheless, the frequency of findings that pharmaceutical companies have breached the law suggests this sort of misconduct is not going away, especially given the long period over which those findings continue to be made.

The CMA currently has at least one other open investigation into an alleged anti-competitive agreement between various pharmaceutical companies (with investigations into separate agreements between the same companies closed due to administrative priorities). This investigation was put on pause for three months between April and July 2020 so that resources could be reallocated to more urgent work during the coronavirus pandemic. A decision on how the CMA intends to proceed with the investigation (if at all) is due in Autumn 2021.

What investigations are in the pipeline is anyone’s guess. However, unless the CMA dramatically scales up its resources (and they have been recruiting heavily), it seems unlikely that the investigation of pharmaceutical misconduct will be an immediate priority for at least three reasons.

First, the CMA admits that the pandemic has had a huge impact on its caseload and, without doubt, its work in the consumer sphere has been of immense value. However, it seems unlikely that the CMA’s pandemic-related work will be restricted to refunds for cancelled holidays. It is foreseeable that the CMA will wish to investigate complaints of market abuse and excessive pricing, particularly in the supply of goods in high demand during the pandemic, such as face masks, hand sanitiser and disinfectants. It is also important that the CMA lays a marker down in respect of its approach to anti-competitive behaviour in times of crisis.

Second, following Brexit, the CMA has had to take on all the work that would usually have been referred to or dealt with by the European Commission. In its annual report, the CMA refers to several major cases being opened as a result of the UK leaving the EU. For example, its investigation into the anticipated acquisition of Arm by NVIDIA, Google’s proposed ‘Privacy Sandbox’ browser changes, and Apple’s conduct in relation to the distribution of apps on iOS and iPadOS devices.

Finally, the CMA’s function of policing mergers should not be understated. The CMA has a duty to refer for investigation any relevant merger situation from which a substantial lessening of competition is expected to result. Further, the timescales for those investigations are set down by the Enterprise Act 2002. The number of intended mergers taking place each year and the timing of those intended mergers is beyond the control of the CMA, but may take up a vast amount of resource. Although the pandemic initially hit deal-making activity, reports suggest that the value of global M&A activity in the fourth quarter of 2020 was up over 15% when compared to the same quarter in 2019. In addition, Brexit means that merger control undertaken by the European Commission will fall to the CMA. As a result, merger investigations may take up an increasing amount of the CMA’s time in the immediate future.

If the CMA is not investigating anti-competitive conduct in the pharmaceutical sector, unless that conduct touches European or global markets, it will fall to the NHS to make inquiries. However, the powers of the CMA as a regulator are undoubtedly greater than those of the NHS as a private litigator. For instance, the CMA may require any individual who has a connection with a business under investigation to answer questions on any matter relevant to the investigation. In addition, although follow-on claims still require quantum to be proved, in principle such litigation is substantially easier and less expensive than claims that also have to establish liability.