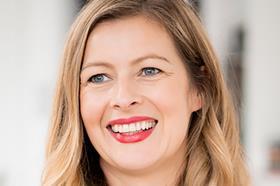 The thought of explaining to a client that their claim is out of time, due to a simple avoidable mistake, is enough to bring most solicitors out in a sweat. One might hope to persuade the court to exercise discretion and allow the claim to continue but in two recent Court of Appeal decisions, a hard line taken at first instance in respect of late service of claim forms was upheld.

In both cases – R (Good Law Project) v Secretary of State for Health and Social Care [2022] EWCA Civ 355 and Ideal Shopping Direct Ltd v Mastercard Incorporated and Visa Europe Ltd [2022] EWCA Civ 14 –  solicitors filed claim forms within the limitation period and sent unsealed copies to the defendants by email on the same day but failed to serve in time.

Given the strict approach taken in these cases and the prevalence of electronic working, it is worth reminding ourselves of some rules in relation to service of a claim form by email:

In Good Law, a judicial review case, the time limit for service of the claim form was seven days from the date of issue. The Government Legal Department (GLD) had indicated that it would accept service by email to a specified email address (the service email address).

It also relied on CPR 3.10, suggesting that the absence of a court seal on the document sent to the service email address within the seven-day period amounted to a procedural irregularity, which could be corrected by the court.

The court rejected these applications, pointing out that retrospective service prior to the commencement of proceedings would lead to procedural chaos. It considered that the claimant made a careless mistake, which was serious and significant. It did not take reasonable steps to effect service in accordance with the rules, and this non-compliance was not minor or technical. The defendant would suffer prejudice if relief was granted as it would be deprived of any limitation defence that had accrued.

It did not appear to the court that there was good reason to exercise its power under CPR 6.15 or to grant a retrospective extension of time under CPR 3.1(2)(a). In respect of CPR 3.10, it held that the court did not have the power to remedy the error because sending an unsealed copy of a claim form by email did not constitute a step in proceedings.

In Ideal Shopping, the parties had agreed an extension for service of proceedings until 17 July 2020. On that date the claimants filed amended claim forms at court electronically and emailed copies to the defendants. There was no dispute about the email address used but the amended claim forms sent were unsealed.

When the claimants received sealed copies from the court, they sent these to the defendants by email but the time for service of proceedings had already expired. The defendants challenged jurisdiction on the basis of late service.

The claimants sought an order that the steps taken on 17 July to bring the claim form to the attention of the defendants was good service (CPR 6.15), or in the alternative, due to exceptional circumstances, the service of a claim form be dispensed with (CPR 6.16).

They also sought an order pursuant to CPR 3.10, but following the Court of Appeal decision in Good Law, this application was not pursued in the appeal.

A distinguishing factor in this case was that the amended claim forms were filed electronically and the claimants said this caused uncertainty about when documents would be sealed – an injustice, exacerbated by the pandemic, which the court should alleviate.

The court disagreed and declined to grant relief. It considered that the claimants’ solicitors were wholly responsible for late service of the amended claim forms and listed five simple things that could and should have been done to avoid this issue.

As in Good Law, the court found that the claimants had not taken all reasonable steps to serve on time and the prejudice to the defendants of being deprived of a limitation defence outweighed the prejudice suffered by the claimants. There were no exceptional circumstances here, nor was there good reason to order that sending an unsealed claim form by email constituted good service.

These cases serve as a cautionary tale and a reminder to solicitors to pay attention to the rules, avoid leaving things to the last minute and, if all else fails, seek permission rather than forgiveness.

Just because the court can, it does not mean it will.

Nikki Edwards is vice president of the London Solicitors Litigation Association, and partner at Temple Bright.