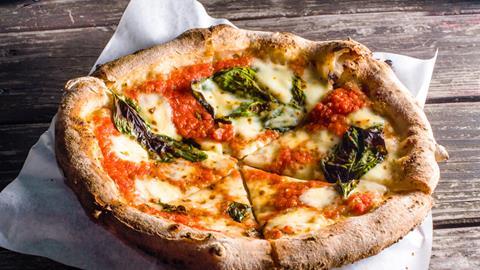 Challenging the validity of a trade mark

The Court of Appeal has clarified that a mark holder does not need nationwide goodwill to challenge the validity of a registered trade mark provided the holder has a reputation within a particular locality sufficient to bring a claim under passing off.

Section 5(4)(a) of the TMA provides a ground of refusal for registration of a mark, where its use in the UK is liable to be prevented by any rule of law protecting an unregistered mark, particularly the law of passing off.

Section 11(3) of the TMA provides a defence against a claim for trade mark infringement. A registered trade mark is not infringed by the use, in the course of trade in a particular locality, of an earlier right which applies only in that locality.

Under section 47(2)(b) of the TMA, a trade mark may be declared invalid on the ground that there is an earlier right to which the condition set out in section 5(4) is satisfied, unless the proprietor of the earlier mark has consented to registration.

In 1991 the claimants started a pizza restaurant business in Birmingham, Caspian Pizza. They registered the word mark CASPIAN in 2005 and a device mark containing an image and the words CASPIAN PIZZA in 2010. The claimants alleged that the defendants, who had operated pizza restaurants in Worcester under the Caspian name since 2002, had infringed the trade marks after the termination of a franchise agreement between the parties in 2013. The defendants counterclaimed that the marks were invalid pursuant to section 5(4)(a) of the TMA.

At first instance, it was found that the defendants had sufficient goodwill in the Caspian name to establish a claim for passing off against anyone using the name to run a pizza restaurant in Worcester. HH Judge Hacon held that the CASPIAN word mark was invalid because, at the date of registration, the defendants had established the requisite goodwill in the name Caspian for the purposes of section 5(4)(a).

While the court found that the defendants had not infringed the device mark, it was held not to be invalid, as the defendant had not used a similar logo prior to 2007, and therefore had no earlier right on which it could rely.

The claimants argued that the court should follow the decision in Redd Solicitors LLP v Red Legal Ltd, in that while a defendant with pre-existing goodwill in a particular locality may make use of the defence to a claim for trade mark infringement under section 11(3), the level of goodwill required to make a claim for invalidity under section 5(4)(a) must be construed as being goodwill either throughout, or in a significant part of, the UK.

The court rejected this argument, agreeing with the decision of the hearing officer in SWORDERS Trade Mark, dated 28 July 2006 (O-21206), and held that the wording of section 5(4)(a) requires an opponent to registration to have established goodwill in an identifiable geographical area sufficient to qualify for passing off protection. The court agreed with the hearing officer in the earlier decision in that an application to register a trade mark operates as a ‘notional extension’ of the use of the mark over the whole country, which would trigger a claim for passing off from an earlier mark holder in a specific locality. Earlier use of the mark, therefore, does not have to have been throughout the UK or in a geographical area which overlaps with the place where the applicant for registration carries on its business.

The court further rejected the claimant’s submission that any declaration of invalidity should be reserved to Worcester. The court clarified that it has no power to make a declaration of partial validity of a mark in relation to geographical area. Proprietors can limit the mark’s geographical reach at the time of the application and also at a later date under section 13 of the TMA. However, a post-registration limitation may not be enough, as any action on validity under section 5(4) goes back to the date of registration.

The court held both marks to be invalid, dismissing the appeal and allowing the cross-appeal. The judge at first instance should have considered the marks together, rather than separately, as the primary element making up the device mark was the word ‘Caspian’, meaning it would also qualify for passing off under section 5(4)(a).

Businesses seeking to register their mark must be conscious that identical or similar mark holders may have attained an earlier right. Prudent applicants can protect their position by carrying out relevant searches beforehand and, where necessary, by restricting a trade mark’s geographical applicability or reaching an agreement with the earlier right holder. Failure to do so could leave a trade mark at risk of being the subject of an application for invalidity.

For businesses accused of trade mark infringement, the ability to show pre-existing goodwill in a locality could be enough to provide a defence to a claim and also establish grounds for an application of invalidity.

The judgment reflects commercial reality in that, while a mark’s goodwill is rarely nation-wide, especially in the primary years of a business, it nevertheless warrants legal protection. The decision provides certainty for those who have acquired localised goodwill in a mark, in that they will be less likely to face a successful claim for trade mark infringement where a similar mark is later registered.

Dominic Green is a partner at RadcliffesLeBrasseur, which acted for the defendants in Caspian Pizza v Shah. Tom Wilkin, a trainee solicitor at the firm, also contributed to this article