Changing the character of law

The SRA has ushered in reforms that promise a ‘revolution’ in the provision of legal services. But will the revolution founder on tax reforms? 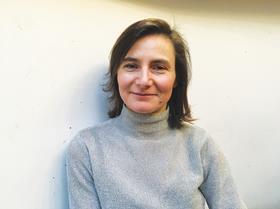 In November 2019 the Solicitors Regulation Authority, as part of a broader revamp of the rules, launched its brand new pathway: the SRA-regulated freelance solicitor. These lawyers are able to provide legal services directly to clients without needing to operate within a regulated firm. Depending on what type of work they do, they may not even need insurance.

Of course, freelancers operating in various different forms – such as locums on placements or self-employed within a dispersed firm – are already with us. A new model army of contractors has emerged over the last decade or so. By some estimates locums and self-employed solicitors could already make up much as 10% of the profession.

Though there are concerns that freelance solicitors, like other ‘gig’ workers, could end up in a precarious position with no employment rights or job security, many more solicitors believe that the emergence of the freelance lawyer is a good thing: it has breathed new life into the sector and is good for diversity. It also delivers flexibility for the lawyer and new avenues for firms.

Dana Denis-Smith, founder and CEO of Obelisk Support, which has around 1,700 consultants on its books, goes further and argues that the development of the self-employed solicitor is actually expanding the sector: ‘Being a freelancer takes individuals into a new space,’ she argues, ‘such as into their immediate community, and, with lower costs, they can provide legal advice to more small businesses and organisations. This is actually broadening the market.’

Denis-Smith also believes that freelancing has made lawyers ‘less aloof’, which contributes to broadening the client base.

Lucy Scott-Moncrieff, a former Law Society president who founded Scomo, the first self-employed-based practice, in 1987, adds that contractors have made some areas of law that had become unviable just about viable again. ‘It saved legal aid,’ she says, ‘because we could dramatically reduce our overheads.’

In fact, the freelance model is close to the sole practitioner-based firm that was the backbone of the profession for a long time, Denis-Smith observes: ‘We are going back to a traditional model where lawyers worked as a self-contained service provider. For much of the profession’s history that was the norm; the dominance of large firms is relatively recent, and anomalous.’

So significant has been the impact of freelancers that law firms across the board have stood up and taken notice of what this means for their business. It could be a solution to two conflicting pressures: first, that clients increasingly demand 24/7 attention, and second, that staff are increasingly expensive. If a firm can engage with a body of high-calibre lawyers on a needs-only basis, they get the cover they require without the permanent cost. No wonder, then, that large City firms have developed their own freelance sub-brands such as Pinsent Masons’ Vario or Allen & Overy’s Peerpoint.

There have, of course, been solicitors working as temps or locums for a long time. One significant event that brought change was the financial crisis, explains Michelle Corneby who runs Yexible, a new agency that matches freelancers with myriad flexible resourcing and ‘dispersed’ firms: ‘After the crash, a huge number of very high-calibre lawyers found themselves looking for temp work, and we have not really looked back since then. When the tech arrived with fantastic platforms for remote working, contract work was no longer viewed as a second-class option in terms of the quality of work and the quality of contractors.’

In parallel with these market changes was the liberalisation that came in with the Legal Services Act in 2007. The new category of freelancer created last November means that if solicitors are not doing a reserved legal activity (conveyancing or litigation, for example), they do not need to have professional indemnity insurance. A spokesperson for the SRA explains: ‘The set-up and running costs should be much less.’

Just how much impact the new SRA freelance model will have remains up for debate. Nwabueze Nwokolo, Law Society Council member and consultant, is encouraged: ‘Any policy that means there are more ways to be a solicitor is a good thing. Solicitors are well-trained and well-regulated, uniquely well-placed to offer legal services in many different ways.’

There are specific parameters for the ‘SRA-freelancer’, however, and this may limit its appeal. For example, they must practise in their own name (not through a trading name or service company), which means they will be ‘personally liable’ in the same way as any sole trader. Also, SRA-freelancers cannot employ anyone, not even an admin assistant (though they can engage in a Chambers-like business that employs people), and nor can they hold client money. This means many solicitors such as conveyancers would not find this route appealing.

There is one looming problem for the freelance revolution. In April 2020 new tax rules come into force which could make it harder for those freelancers who operate through personal service companies (PSCs) to benefit from favourable tax arrangements for the self-employed. The changes could push many contract lawyers into the ‘employed’ category for tax purposes. This would have a knock-on effect for firms and practices that engage with them. The rules are complex but some financial institutions such as Barclays and Lloyds already have said they will scrap any engagement which involves a PSC-based contractor because they do not want the tax risk. Firms are taking a wait-and-see approach but it could trigger a significant recasting of the contractual arrangements.