Changing the culture of the City

In the year ahead, the UK’s financial services sector has scope to become a nationwide leader in good governance and culture, thanks to the extension of the Senior Managers and Certification Regime (SMCR) and the Financial Conduct Authority’s (FCA) ‘healthy culture’ initiatives. But will the FCA seize the opportunity? 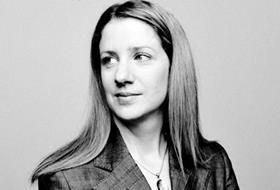 On 9 December 2019, the SMCR was extended to authorised firms regulated solely by the FCA, replacing the former Approved Persons Regime. The SMCR is intended to protect consumers by strengthening market integrity through an enhanced governance, individual responsibility and accountability framework, comprising conduct rules and overlapping Senior Managers’ and Certified Persons’ regimes.

The potential breadth of the SMCR is wide. Notably, in recent years, the FCA has publicly confirmed that sexual harassment falls squarely under the SMCR framework. This aligns with the FCA’s longstanding view that the SMCR should serve as a ‘lever’ to drive cultural improvement by tackling a wide range of misconduct.

It is too early to assess how firms are coping with this aspect of the new regime, but it is clear firms and the FCA will face several challenges through this proactive regulatory approach to enacting cultural change.

Culture and governance have been key areas of focus for the FCA since the 2008 financial crash and, in recent years, there has been a drive by the regulator to use the SMCR to combat sexual harassment in the financial services industry.

In 2018, Megan Butler, the FCA’s executive director of investment, emphasised the SMCR’s expansive reach in an open letter to the parliamentary Women and Equalities Committee. She identified a direct link between cultures tolerant of harassment and conduct failings in the sector. She indicated that the FCA would consider ‘a broader, cultural set of values’ in assessing whether individuals are ‘fit and proper’ for the purpose of the SMCR.

More recently, the SMCR has also been deployed to effect change in specific ‘problem’ sectors. On 6 January, the regulator published a ‘Dear CEO’ letter to wholesale general insurance firms, addressing expectations relating to ‘non-financial’ misconduct in the sector. This move was likely sparked by high-profile cases of sexual harassment in the industry last year. The letter highlighted an unhealthy culture and inappropriate leadership as root causes of conduct failings in the industry.

The FCA considers that a ‘healthy purposeful culture’ leads to better outcomes for consumers. Yet, fostering such a culture of integrity and compliance can be a burdensome and subjective process. Satisfying SMCR requirements entails a significant administrative workload for firms, as they must compile statements of responsibility, organisational charts and similar documentation. It is also incumbent on regulated firms to define what good culture looks like in practice; this requires discussion across all levels of seniority to identify areas of shortfall, which can lead to arbitrary decision-making.

A further challenge arises in repositioning the responsibility for fostering ‘business culture’ in the domain of compliance – a responsibility traditionally falling in the purview of HR. Clearly defined organisational ownership and a close relationship between HR and compliance teams are essential for embedding SMCR oversight in organisations.

That said, there appears to be an acknowledgment by the FCA that culture change must be chosen rather than imposed, and that the focus of the SMCR is individual accountability and enforcement. One potential consequence of this approach is a culture of timidity and reluctance to take on responsibility for fear of regulatory enforcement. Top-down leadership, and sufficient monitoring of successes and failures are essential.

A topic central to culture change in SMCR-regulated firms that has been the subject of public discourse over the past year is the use of non-disclosure agreements (NDAs). In July, the government published the outcome of its consultation on ‘confidentiality clauses’ or NDAs. This included proposals to introduce legislation to prohibit using NDAs to prevent disclosure of information to the police, or regulated health and care or legal professionals, and to ensure limitations on their use are clearly set out in employment contracts and settlement agreements.

While legislation proposed in the government consultation has not yet materialised, the Advisory Conciliation and Arbitration Service (ACAS) published guidance on 10 February imposing restrictions on the use of NDAs. This made it clear NDAs cannot be used to prevent disclosure relating to harassment, discrimination or whistleblowing.

The extent to which financial services firms will embrace this guidance remains to be seen. However, it appears axiomatic that a clear policy on the use of NDAs is an essential part of good SMCR culture, and will fall within the FCA’s regulatory remit in years to come.

The extension of the SMCR and the FCA’s proactive attitude towards tackling culture change, together with possible reform of the use of NDAs, spell a potential tidal shift in UK financial services enforcement. The coming year has the potential to be one of significance for the financial services market in asserting itself as a leading sector in good governance and culture. For firms concerned about compliance, we await the publication of the FCA’s work on what factors go into the creation of a ‘healthy culture’, as part of its second ‘Transforming Culture’ initiative, taking place this year.

Hannah Laming is a partner at Peters & Peters. Craig Hogg, an associate, and Katie Jones, a legal researcher, also contributed to this article