Claire Matthews – a line in the sand?

By Andrew Pavlovic, Louise O’Connor6 May 2022

The recent decision by the Solicitors Regulation Authority to abandon the rehearing of its prosecution of Claire Matthews, a junior solicitor struck off the roll by the Solicitors Disciplinary Tribunal in 2020 for acting dishonestly, has been widely welcomed by the legal profession. 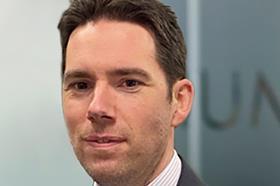 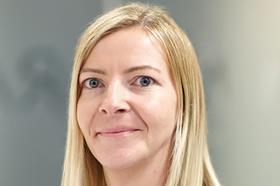 The long-running saga began in 2018, when Ms Matthews left a briefcase containing confidential client documents on a train. She spent the following week desperately trying to locate the briefcase, while making excuses to her firm about its whereabouts, before ultimately telling her supervisor the truth about what had occurred.

Matthews, who represented herself before the tribunal, gave evidence that she was overcome by ‘uncontrollable fear, anxiety and panic’ by what had occurred, and disclosed that she had been suicidal at the time of the alleged dishonesty. However, counsel for the SRA pointed out that Matthews had not submitted any medical evidence to substantiate an argument that her decision-making was impacted by a relevant medical condition.

The tribunal found she had acted dishonestly and that there were no exceptional circumstances to support a lesser sanction than striking her off the roll.

Shortly after the decision was handed down, the Junior Lawyers Division wrote to the SRA expressing concerns that the regulator was not ‘adequately protecting junior lawyers’. The president of Westminster & Holborn Law Society also pointed to the ‘inequality of arms’ in the case, noting that young solicitors will often not be in a financial position to instruct lawyers or medical experts.

The resulting furore was such that several high-profile legal experts offered their pro bono assistance to Matthews in appealing the decision to the High Court. Matthews also raised over £14,000 in crowdfunding to help cover her costs in bringing the appeal and meeting any order for adverse costs.

In the course of the appeal, Matthews provided expert medical evidence regarding her mental state. Having considered that evidence, the SRA agreed in April 2021 that the appeal be allowed, and the matter reheard by the tribunal. Before that rehearing could take place, the SRA, having obtained their own medical evidence, determined that proceeding with the rehearing was not in the public interest. Accordingly, the SRA applied to the tribunal to withdraw the allegations against Matthews, leaving her free to practise, with agreed conditions on her practising certificate.

A change in approach?

The SRA’s withdrawal of the prosecution had led to many commentators questioning whether this represents a change in approach to cases of dishonesty involving junior solicitors, particularly where there is a relevant medical condition.

Following the first instance Matthews decision, the SRA published new guidance relating to health issues and medical evidence in the course of SRA investigations. The guidance sets out the issues that expert medical reports should address, and also refers to situations in which the SRA may choose to obtain their own medical report, ‘especially where it would be in the public interest or in the interests of justice to do so’. The tribunal also published new guidance on health issues shortly after the Matthews hearing, stating that in appropriate circumstances the SRA (rather than the individual respondent) should consider taking the initiative to ensure that relevant medical evidence is put before the tribunal. There is broad agreement that, had this guidance been in place prior to 2020, the Matthews case would either not have gone as far as it did, or would not have resulted in such a draconian outcome.

Although this guidance is welcome, on its own it is insufficient to address the core issues at the heart of the Matthews case, and similar cases involving allegations of dishonesty against junior members of the profession. The SRA’s recent guidance on workplace environments has signalled a change of emphasis towards firm culture, which can often play a crucial role in cases involving junior misconduct. The SRA and firms should also be considering the following:

1. Fitness to practise – the ongoing SRA consultation on rule changes on health and wellbeing at work proposes amendments to the relevant authorisation and suitability rules, allowing the SRA to impose conditions on a solicitor’s practising certificate as a result of documented health concerns, while also reiterating that it would not be possible for the SRA to strike off or suspend a solicitor from the roll solely for health reasons. The aim is to identify mental or other health issues before any misconduct occurs.

2. Defence funding – the Matthews case also highlights how an inability to fund legal representation in the tribunal can result in an unjust outcome. While the case was eventually resolved, this was due to her pro bono legal team generously donating their services, and members of the public donating to a crowdfunding campaign. As the JLD pointed out in its recent statement, ‘it cannot be the case… that junior lawyers are only able to access a fair process through the generosity of strangers’. While respondents in tribunal proceedings are now more likely to have the benefit of directors and officers insurance, this tends to benefit senior partners and compliance officers rather than junior lawyers.

Hopefully, the ultimate outcome of this case will mark a shift in the approach of the regulator towards young lawyers suffering from mental health conditions, an area which has undoubtedly seen some improvement in recent years, but which clearly has some way to go.