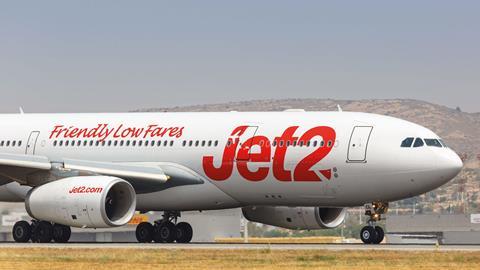 The Court of Appeal appears to be wasting no time in this new decade. It has already provided important guidance on a number of issues in relation to legal advice privilege (LAP) in two recent judgments.

The first is The Civil Aviation Authority v Jet2.Com Ltd [2020] EWCA Civ 35, and the second is Raiffeisen Bank International AG v Asia Coal Energy Ventures Ltd & Anor [2020] EWCA Civ 11. The guidance is relevant to documents already in existence, in terms of determining whether LAP applies, but also to organisations, in terms of considering how they might manage transactions and internally sensitive communications where legal advice is being sought (whether through in-house or external lawyers).

By way of brief recap, LAP attaches to confidential communications (written or oral) between a lawyer and a client for the purpose of giving or receiving legal advice.

The issue arose out of an application for specific disclosure made by Jet2 for drafts of a letter sent to it by the CAA, and all internal discussions within the CAA relating to the drafts. The CAA argued that all the communications were privileged due to the involvement of its in-house lawyers. The court found that privilege did not attach to the documents sought by Jet2, dismissing the appeal. The CAA did succeed in its appeal on the issue of collateral waiver, but this turned out to be academic, since the document in relation to which the CAA argued waiver did not apply, was found by the court in any event not to be privileged.

The court concluded that the dominant purpose test applies to both litigation privilege and LAP, despite the obiter comments in SFO v Eurasian Natural Resources Corporation Limited [2018] EWCA Civ 2006, which had suggested the contrary. For LAP to attach, the party making the claim must show that the dominant purpose of such confidential communication is to give or receive legal advice.

Although the court provided clarification here, this remains treacherous ground. Key points to note are:

b) The concept of a ‘continuum of communications’ must be taken into account in assessing the dominant purpose question. Therefore, subject to the principle in Three Rivers District Council v Governor and Company of the Bank of England (No.5) [2003] EWCA Cib 474, if the dominant purpose of the series of communications is to instruct a lawyer, it will be covered by LPP.

c) Multi-addressee emails, so common these days, should be considered as a series of separate bilateral communications between the sender and each recipient, although the court acknowledged that this approach is unlikely to result in conclusions regarding LAP which differ from considering the emails as a whole.

d) A communication that might realistically disclose legal advice (even though not for the purpose of giving or receiving legal advice) is privileged.

e) The same principles as flagged above apply to meetings. Therefore, the mere presence of a lawyer at a meeting does not mean that the meeting automatically attracts LAP. Further, non-privileged parts of the meeting, where not inextricably intermingled, will be severable. This will affect notes and recordings of meetings.

Separate assessment of emails and attachments

It was confirmed that emails and their attachments must be assessed separately for LAP.

The court confirmed (obiter) that the ‘transaction test’ should be applied to determine the scope of collateral waiver. It noted that the starting point is to ascertain the issue in relation to which the voluntarily disclosed material has been deployed, the waiver being limited to documents related to that ‘transaction’, subject to the overriding requirement for fairness (which includes avoiding the creation of a misleading impression). The ‘transaction’ is importantly not the same as the subject matter of the disclosed document or communication, and waiver does not apply to all documents which could be described as ‘relevant’ to the issue.

Further, on the subject of collateral waiver, in Raiffeisen, it was held that a statement by a solicitor to a third party as to the instructions he had from his client did not automatically and without more give rise to a loss of confidentiality in the documents that contained or evidenced those instructions, and LPP was not waived. It was held that privilege would only be waived where the client itself put the content of such instructions in issue.

Significant points from the Court of Appeal’s judgment

The court provided an extensive analysis of general propositions in relation to LAP, derived from previous authorities. In particular:

a) For LAP to apply, a communication must be made in a ‘legal context’. The court summarised that communications between a client and a legal adviser (retained in such capacity) will create a legal context. The question is then whether or not the communication relates to the giving or receiving of legal advice. However, if a lawyer is not retained in a legal capacity (but perhaps in a commercial role), this does not automatically mean that a legal context does not exist, but it has to be identified.

b) The decision in Three Rivers (No.5) stands and material collected by a client (or its lawyer) from third parties for the purposes of instructing lawyers is not privileged. Further, where the client is a corporation, the definition of ‘client’ is extremely narrow, such that an employee is only deemed to be ‘the client’ for the purposes of LAP where such employee has been tasked with seeking and receiving legal advice on behalf of the corporation.

What can we take from these decisions?

The application of the dominant purpose test to LAP is unfortunately unlikely to provide the outcome many lawyers (and indeed their clients) would have desired. This is because much modern-day business takes place in a context where both legal and commercial issues are live, and so determining whether the dominant purpose in the circumstances is to seek or give legal advice potentially poses a real challenge.

The CAA v Jet2 judgment demonstrates the importance of ensuring that:

i) communications with legal advisers are kept separate from commercial discussions (to the extent possible) – this is of particular note where in large corporations in-house lawyers may be routinely relied upon for advice and views;

ii) such communications are marked ‘privileged and confidential’ (though that tag is not determinative of privilege applying); and

iii) due care is taken when circulating legal documents within businesses/organisations. Extra caution should be paid where emails are being sent to multiple addressees, which include lawyers and non-lawyers, as this is ripe ground in which the dominant purpose test may arguably not be satisfied.

Georgina Squire is head of dispute resolution at Rosling King LLP and an LSLA committee member, and Helen Pamely a senior associate